As many as the rest of the franchise put together. 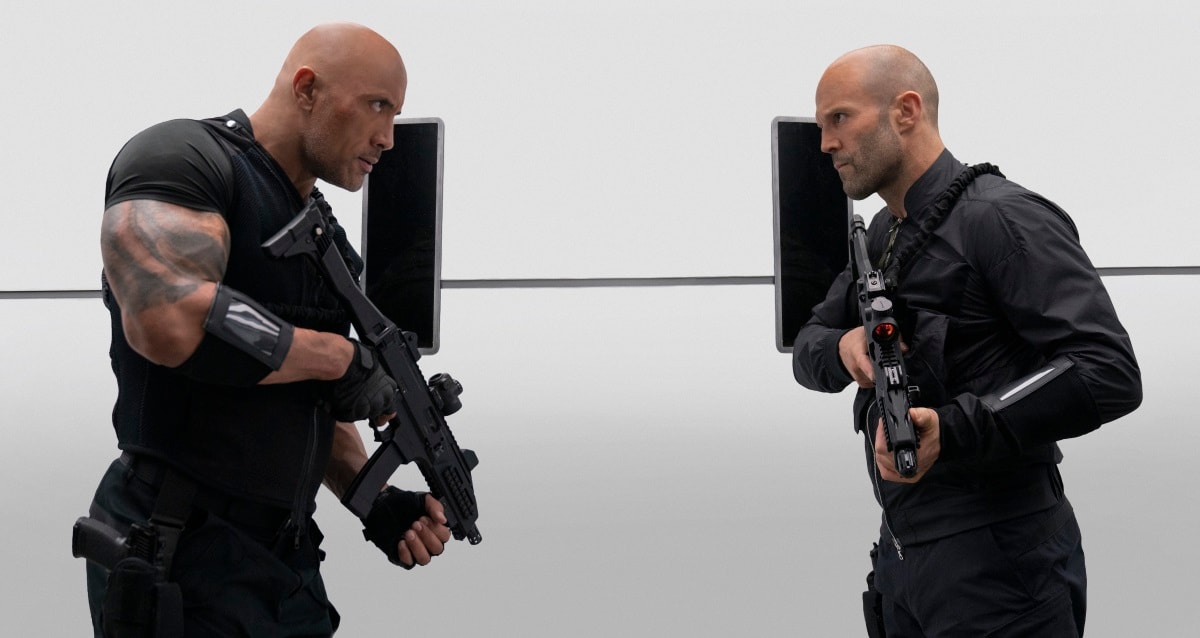 Post-credits scenes may have been popularised by Marvel in recent years, but they have been used by movies for decades. In fact, the very first Fast and Furious movie — 2001's The Fast and the Furious — had one, revealing that Vin Diesel's Dominic Toretto had escaped to Mexico. But only two entries since have made use of it since — 2011's Fast Five, and 2013's Fast & Furious 6 — with both films using it to set up the next sequel. That's a total of three scenes in the history of the franchise. Hobbs and Shaw, the first Fast and Furious spin-off, has three post-credits scenes of its own. Technically speaking, of course, considering two of them are really just one scene cut into two parts.

Warning: major spoilers ahead for Fast and Furious: Hobbs and Shaw.

In the first of the three scenes during the Hobbs and Shaw credits, Ryan Reynolds shows up to reprise his cameo role as the CIA agent Locke. He calls his “best friend” Hobbs (Dwayne Johnson), who asks him if he took care of the Snowflake virus, the one Hattie (Vanessa Kirby) injected herself with during the film and was extracted from her towards the end of the film. Locke says it's locked and secure, but they have a new problem on their hands. It's an inevitable nod at a potential sequel.

While the Snowflake virus ate your body from the inside, a new more powerful virus in the works eats your body from the outside. He goes on to explain how your skin peels off before shifting gears and wondering why Hobbs sounds like his daughter. Locke claims the two have a similar voice and despite repeated denials from Hobbs, he says they should record themselves and compare. Locke then again claims they are best friends and family, and when Hobbs says they are not, he jumps to talking about Game of Thrones, which Hobbs' daughter had referred to when Locke had talked about the earlier virus during his cameo in the film.

Locke complains how family treats each other in Game of Thrones, and then rants about what happened in the series finale, noting how Jon Snow first “had sex with his aunt [Daenerys Targaryen] and then killed her”. He remarks how crazy that is, before Hobbs tunes out and the scene ends.

Picking up where the earlier scene left off, Locke (Reynolds) continues his conversation with Hobbs (Johnson), telling him to come rescue him because he's been shot and is losing blood. He then notes that there's a lot of blood and that Hobbs should bring some pints of blood as well. Hobbs naturally asks him his blood group and in a poor joke, Locke says it's B+ve, just like his attitude. Locke then notes that the blood is not his, which prompts Hobbs to end the conversation.

But right as Hobbs is set to cut the call, Locke gets in a call-back to his earlier cameo during the film, when he had wondered how the villain Brixton (Idris Elba) had stabbed someone with a brick. Locke says that he managed to do the same — we are shown a guy lying on the floor with a brick in his chest as proof — and that it wasn't that tough, which runs contrary to his earlier argument about how you can stab someone with something that doesn't have sharp edges.

In the actual post-credits scene, both Hobbs and Shaw are back in the respective cities — Los Angeles and London — they live in. From the gym, Hobbs calls Shaw, who's at the bar that he seemingly owns. (The film never bothers to explain that latter bit.) Shaw wonders why he's calling and Hobbs says he's just checking in. Naturally, he's lying because he's got payback on his mind for the airport incident, when Shaw subjected Hobbs to a body cavity search by giving him a fake passport with the name “Mike Oxmaul”. A juvenile penis joke, if you missed it.

Hobbs then tells Shaw that he's got a gift for him, just as the British police blares into a megaphone outside the pub, asking Shaw to step outside. Except they don't call him by his name, but a fake name provided by Hobbs naturally: “Hugh Janus”. If it's not clear, it's a word play for buttocks. (The linguistic term for it is an oronym, a homophone involving multiple words.) Deckard then vows that he'll see Hobbs about this, and then tells the police that this is not going to go down as they think it will.

Fast and Furious: Hobbs and Shaw is out August 2 in India in English, Hindi, Tamil, and Telugu.

Microsoft Working on Cloud OS Restore Feature for Windows 10
Xiaomi Tipped to Be Working on Reverse Wireless Charging, Mi Mix 4 May Include the Feature