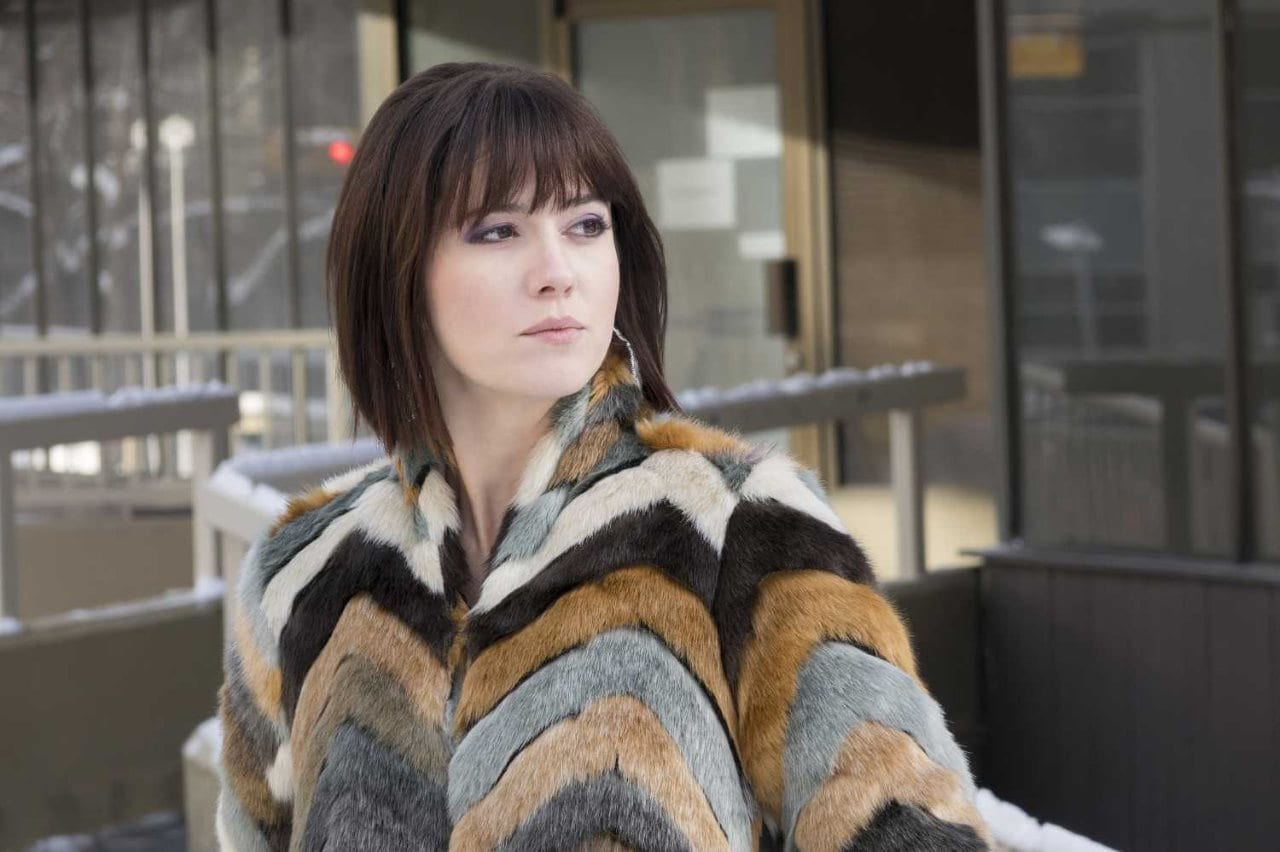 Last Friday, Disney released the first teaser trailer for Star Wars: The Last Jedi, the eighth chapter in the long-running space saga. It opens with Rey (Daisy Ridley) possibly learning to be a Jedi by none other than Luke Skywalker (Mark Hamill), who will have a talking part in the sequel. And it’s his ominous words that close the teaser: “I only know one truth: it’s time for the Jedi to end.” Star Wars: The Last Jedi will open in theatres December 15.

In a complete reversal of what Carrie Fisher’s brother had said last week, Lucasfilm president Kathleen Kennedy revealed in an interview that we wouldn’t in fact see General Organa – the erstwhile Princess Leia – in Episode IX of the franchise. Kennedy said that pre-production on the new trilogy’s closing chapter only started in January (Fisher died in December), so she won’t be part of it.

On Monday, we got the opening weekend numbers for Fast and Furious 8, aka The Fate of the Furious. The eighth entry made $532.5 million worldwide, beating Star Wars: The Force Awakens’ record of $529 million. Through the week, Fast and Furious 8 climbed to $685.5 million, on track for a billion by next month.

Guardians of the Galaxy Vol. 2 doesn’t come out for another two weeks, but James Gunn delivered big news on Monday. After thinking over it for a few months, he said, he has decided to return as writer-director for the sequel, Vol. 3. Gunn added that it would be set after the second part of Avengers: Infinity War, and “conclude the story of this iteration of the Guardians of the Galaxy, and help catapult both old and new Marvel characters into the next ten years and beyond”.

There was more Guardians news on Tuesday, with Gunn revealing that there are a total of five mid-credits scenes in Vol. 2. The film has been screened for some critics in the US, who were shown four of them, with one possibly held back by Disney, just as with the shawarma clip in The Avengers. We’ll find out exactly what they are when the film lands in theatres on May 5.

Adding to the MCU news, Variety reported on Wednesday that Captain Marvel – starring Brie Larson in the lead – had found its directors in Anna Boden, and Ryan Fleck, known for their work with Mississippi Grind (2015). Marvel Studios president Kevin Feige said the directors’ treatment of Carol Danvers and passion towards the story won them over.

After an impression of Beyoncé’s Lemonade a couple of months ago, Netflix released a proper trailer for the third season of Unbreakable Kimmy Schmidt this week. Kimmy (Ellie Kemper) is headed to college, Titus (Titus Burgess) is surprisingly back from his long job, and Lillian (Carol Kane) has broken up with her boyfriend. The new season premieres May 19.

Marvel’s long-standing relationship with Disney-owned ABC has given us Agents of S.H.I.E.L.D. and half a dozen Netflix series. Now, it’s got a new show on Freeform – Marvel’s Cloak and Dagger – and we have the first trailer for the show. From the looks of it, it’s going to be over-the-top and cheesy, but we won’t know for sure until next year.

And on Thursday, Variety reported that HBO Films was looking to adapt Ray Bradbury’s dystopian novel, Fahrenheit 451, for the screen. It’s still in the preliminary stages, but Michael B. Jordan and Michael Shannon are already attached to star, with 99 Homes writer-director Ramin Bahrani at the helm.

Lastly, HBO released the first look at the upcoming seventh season of Game of Thrones, in total 16 new photos. They provide a good look at the change of clothing now that winter is properly here, plus the characters and the settings we can expect to see them in. Game of Thrones returns to air on July 16.

TV:
Fargo
After two seasons set decades ago, Fargo’s third instalment is set in the recent past of 2010. The season centres on Emmit and Ray Stussy, two brothers both played by Ewan McGregor (Star Wars prequel trilogy). Emmit is known as the Parking Lot King of Minnesota, while Ray is a balding and pot-bellied parole officer.

Ray has spent his life living in his more successful brother’s shadow, and blames him for what he doesn’t have. The rivalry turns sour with petty theft that turns into murder, and soon involves mobsters and competitive bridge tournaments. Just as you’d expect with Fargo. Mary Elizabeth Winstead (Halt and Catch Fire) stars as Ray’s young girlfriend Nikki Swango, and Carrie Coon (The Leftovers) plays Gloria Burgle, the police chief in Eden Valley.

Early reviews point towards another great entry into creator Noah Hawley’s Midwest canon – who recently finished the first of X-Men psychedelic drama Legion – thanks to McGregor’s fantastic dual performance, and the show’s penchant for sly and off-kilter sensibilities.

Silicon Valley
In its third year Silicon Valley retained its sharp satire-clad knives as it butchers the attitudes, follies, and doings of Bay Area technology companies. Co-creator Mike Judge may still hew closely to stereotypes when it comes to defining his characters, but the show is bolstered by some great writing and fantastic dialogues that do more than enough to make it into one of the best comedies on television.

The show’s fourth season premiere, titled in an oxymoronic fashion ‘Success Failure’, splinters the group into different factions. Bertram (Martin Starr) and Dinesh (Kumail Nanjiani) are struggling to find funding for Pied Piper's video-chat app to keep up with their rapidly growing user base. Over on the other fronts, Erlich (T.J. Miller) must face Big Head’s (Josh Brener) dad, while Richard (Thomas Middleditch) comes up with an idea that can alter his future.

Critics say Silicon Valley is still doing an excellent job of reinventing itself, even if it’s not as continuously funny in the first few episodes as previous seasons.

Movies:
The Founder
The Founder is the story of McDonald’s, or rather the story of its acquisition by Ray Kroc (Michael Keaton). A struggling salesperson from Illinois, Kroc meets Richard and Maurice McDonald, two brothers running a burger joint in 1950s Southern California. Impressed by their emphasis on speed, Kroc thinks there’s franchise potential, and then starts to come up with ways to pull the company from the McDonald brothers.

The rest, as they say, is of course history. McDonald’s remains one of the most well-known brands around the world, but The Founder doesn’t delve into how that happened – but its roots. Robert D. Siegel (The Wrestler) wrote the script, with John Lee Hancock (Saving Mr. Banks) in the role of the director.

Starring alongside Keaton are Laura Dern, who plays Kroc’s first wife Ethel, and Nick Offerman, and John Carroll Lynch, who star as the McDonald brothers. The Blu-Ray release comes with a five-part behind-the-scenes look at the film.

How to access: Amazon US, Amazon Video US, iTunes US, Google Play Movies, Microsoft Store, or YouTube
Time commitment: 1 hour and 55 minutes

During one of his walks, Frank tells him that the world is going to end in 28 days 6 hours 42 minutes and 12 seconds. Set to a soundtrack of 80s classic from Echo and the Bunnymen, Tears for Fears and Duran Duran, Donnie Darko is highly eccentric throughout its runtime, bending ideas such as space-time continuum within its fabric, while conveying the teenage life of a misadjusted teenage boy.

The film has now been given a 4K restoration, which contains both the Theatrical Cut and the Director's Cut, approved by Kelly and cinematographer Steven Poster. It comes with a brand-new documentary too – Deus ex Machina: The Philosophy of Donnie Darko – on the making of Donnie Darko, along with multiple audio commentaries by cast and crew.

How to access: Amazon US
Time commitment: 2 hours and 13 minutes

There are three difficulty levels in the new game to cater to all kinds of players. Plus, you can switch from the modern graphics designed by Lizardcube – no connection to the character – to the 8-bit graphics and old audio made by the original developers, Westone. That shows that Lizardcube are huge fans of the original Wonder Boy III, and that love is visible throughout the game.

You can also play as new character Hu-Girl apart from the classic Hu-Man, as well as Mouse-Man, Piranha-Man, Lion-Man, and Hawk-Man along the way. With hand-drawn animated and a re-orchestrated soundtrack, that used traditional instrumentation instead of computer-generated audio, the new Wonder Boy is easily the definitive version of the game.

How to access: PlayStation 4, Xbox One, or Nintendo Switch
Time commitment: 5-6 hours

Music:
DAMN. by Kendrick Lamar
A native of Compton, Kendrick Lamar has achieved commercial and critical success over the last decade, winning multiple Grammys and achieving Platinum status with To Pimp a Butterfly and good kid, m.A.A.d city respectively. His fourth full-length release – Damn. – arrived last Friday, featuring guest appearances from the likes of Rihanna, U2, and Zacari.

After going personal with good kid, and then going broader on Butterfly, Lamar seems to have found an exciting middle ground on his latest record, which brings some of his most passionate work yet. Damn opens in a nonchalant fashion with Blood, but immediately grabs you with the electro beats of track #2 DNA, and tender reggae on track #10 Love.

The UK’s Telegraph called the album “of surface sheen and hidden depths, where words and music operate in beautiful synchronicity”. If hip-hop/rap is your cup of tea, just give it a listen.