Emmy Awards 2018: How to Watch in India the TV Shows That Won Big at This Year's Emmys 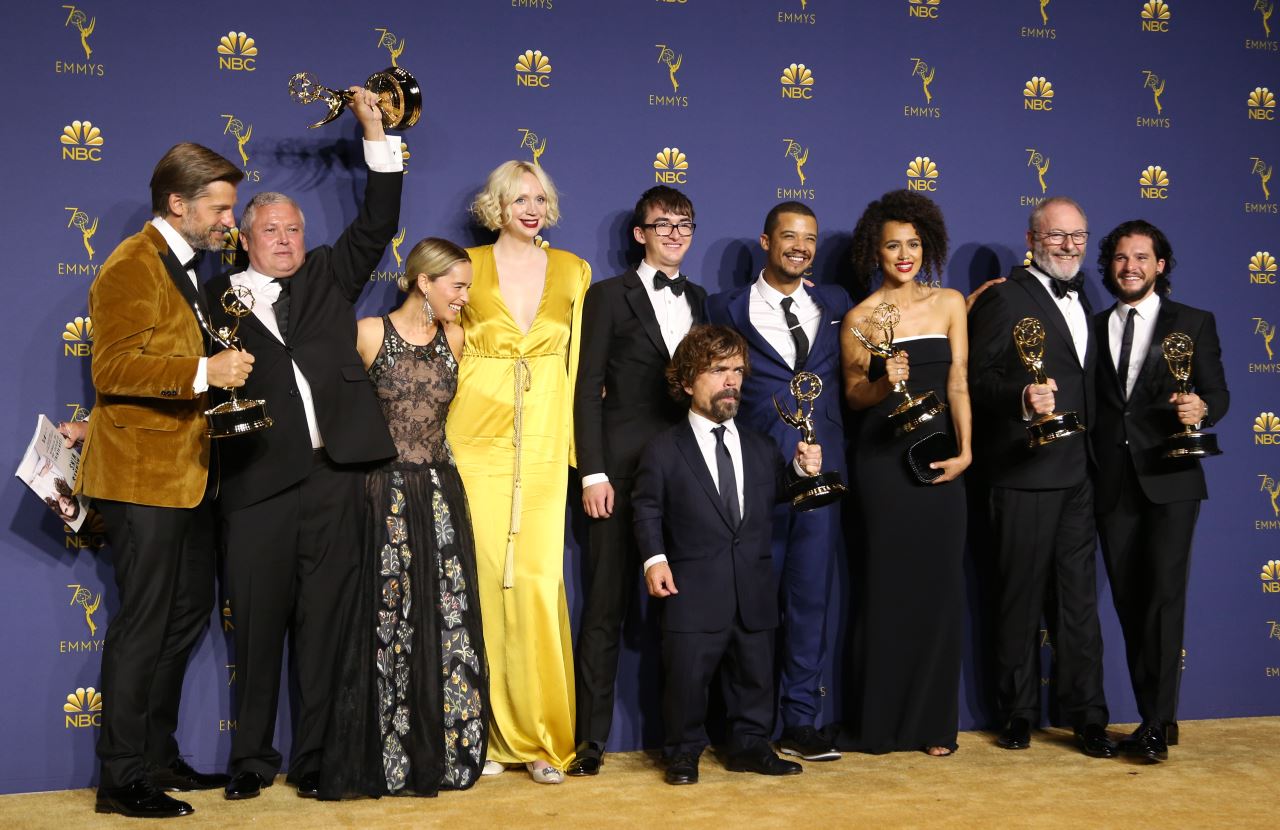 Game of Thrones cast at the 2018 Emmys

The Marvelous Mrs. Maisel and Game of Thrones emerged as the winners of the biggest awards at American TV's biggest awards night, the 2018 Emmys, on Monday, one a new arrival on the stage while the other returned after a year’s gap. The Emmys are considered as the most coveted prize for US television, and thanks to its seven-awards haul at last week’s Creative Arts Emmys, Game of Thrones once again emerged as the (scripted) show with the most Emmys, pushing its record total to 47. The likes of The Americans, Barry, The Crown, Godless, and The Assassination of Gianni Versace were also recognised for their achievements, picking up a couple of Emmy Awards apiece. If this is the first time you’re hearing some of those names, fret not — we have you covered.

Here’s how you can watch (most of) the 2018 Emmy winners in India from the comfort of your couch:

Does the world’s most popular show still need an introduction? Dragons, magic and sex abound in this epic fantasy based on George R.R. Martin’s novels, which has moved ahead of the books due to the author’s notoriously-slow writing speed. The show returns in 2019 with its eighth and final season, so start now if you plan to catch up.

Created by husband-wife duo Amy Sherman-Palladino (Gilmore Girls) and Daniel Palladino, this comedy series is set in late 1950s New York City and follows a Jewish housewife (Rachel Brosnahan) who discovers she has a knack for stand-up comedy after her husband confesses he’s having an affair and leaving her.

Where to watch: Amazon Prime Video

Based on Maureen Orth's book Vulgar Favors, prolific TV creator Ryan Murphy offers a look at the murder through the lives of spree killer Andrew Cunanan (Darren Criss) and Versace before his death, and how their family and friends deal with the fallout. Penelope Cruz, Ricky Martin also star.

This lavishly-produced series offers a look at the over seven decades of Queen Elizabeth II’s reign, charting through the various personal and professional upheavals of her life, as she balances being a wife, mother and queen of several nations. Claire Foy’s win was her last in the role, as the show changes its cast every two seasons.

Charlie Brooker's tech-driven dystopian anthology series delivered a hit with its Star Trek-themed episode, where a socially-aloof and gifted programmer (Jesse Plemons) uses his co-founded online game – and the DNA of his co-workers – to enact out his Trek fantasies and abuse people’s clones who have no way of getting out.

Jonathan Nolan and Lisa Joy use Michael Crichton’s 1973 film as the basis for a tale about the dawn of consciousness in androids, built to inhabit a theme park for the ultra-rich, who revolt against their human makers and where that leads. Thandie Newton, Evan Rachel Wood, and Jeffrey Wright are part of the cast.

A former marine working as a hit man in the American Midwest (Bill Hader) catches the acting bug while visiting Los Angeles for a job and starts to uncover a passion he never thought he had, with help from a local acting coach (Henry Winkler) and a group of eager hopefuls, which puts everything in jeopardy. It’s a dark comedy, not a drama mind you.

A seven-episode Western miniseries set in a 19th-century town made up of mostly women (including Merritt Wever) owing to a mining disaster, which inadvertently ends up giving refuge to the ex-protégé of a murderous outlaw (Jeff Daniels) and his notorious gang, who will stop at nothing to hunt him down.

A pair of KGB officers (Matthew Rhys and Keri Russell) pose as an American married couple living with their two teenage children in Cold War-era US to spy on the government. Their next-door neighbour? An FBI agent. Don’t be fooled by the premise: it’s really a slowburn exploration of family in the disguise of a spy story, drawing parallels to geopolitical issues.

Jane Goodall, the 83-year-old primatologist, usually considered the world's best expert on chimpanzees, is the focus of this documentary that features over 100 hours of unused footage shot by future husband Hugo van Lawick in Gombe, Tanzania during the ‘60s. Director Brett Morgen intercuts with present-day interviews for an in-depth look at Goodall's life.

The interdimensional adventures (and sometimes domestic life) of cynical and alcoholic mad scientist Rick, and his weak-willed and easily influenced grandson Morty, which tend to bring about personal crises, other-worldly happenings and general mayhem. Recently renewed for 70 more episodes to the relief of creators and fans.

A six-part look at self-styled godman Bhagwan Shree Rajneesh (Osho), his personal assistant Ma Anand Sheela, and their community of followers who moved from Pune to Oregon after conflicts with the ruling party in India and the events that followed, including a biological attack that led to their downfall.

2018 Emmys won: 1 for Best Lead Actress
Where to watch: Netflix