DC FanDome Preview: Dates, Times, and How to Watch the Biggest DC Movies and TV Series

Gal Gadot, Dwayne Johnson, Margot Robbie, and many more will stop by. 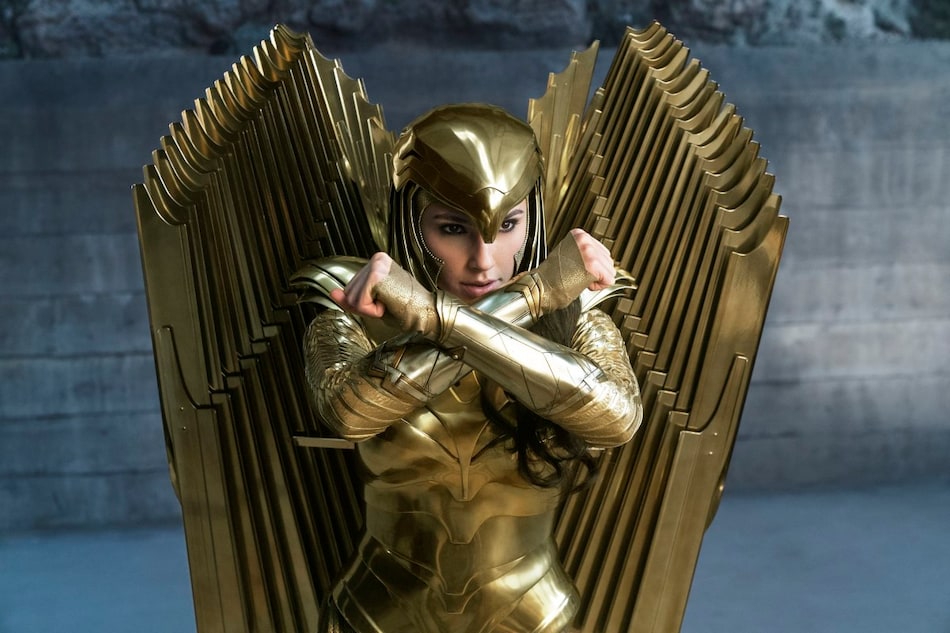 DC FanDome is almost here. Having sat out (the at-home version of) the 2020 San Diego Comic-Con, WarnerMedia-owned DC Entertainment is set to have its own giant virtual convention for DC movies, TV shows, games, comics, and a whole lot more. DC FanDome — which takes place this weekend — will involve Wonder Woman 1984, The Batman, The Suicide Squad, Zack Snyder's Justice League, and two versions of The Flash. The likes of Gal Gadot, Dwayne Johnson, Margot Robbie, and Robert Pattinson will make an appearance during the 24-hour mega-event. And that's just on the film side of things. More importantly, it's all online and completely free.

We expect to see trailers and teases for many of those aforementioned titles — some have already been confirmed — in addition to first looks at returning and new Arrowverse series, and two new major DC games centred on Batman and Suicide Squad. A lot is happening at DC FanDome, so much so that DC split the event into two parts earlier this week. All the big stuff, under DC FanDome: Hall of Heroes, is happening this week, while the rest of it — under WatchVerse, KidsVerse, YouVerse, FunVerse, and InsiderVerse — will take place in September. You can tune into what you like at DCFanDome.com.

The mega virtual DC event kicks off Saturday, August 22 at 10:30pm (10am PDT) and will run for the next 24 hours. Use this handy converter to check what time that is in your city.

If you're worried about staying up all night, don't fret. One, DC FanDome: Hall of Heroes is an eight-hour show that will repeat three times across a 24-hour period, allowing DC fans to catch it no matter what part of the world they live in. Two, we'll be covering all the major announcements, so just bookmark our DC FanDome page to check out what you missed.

DC has created a dedicated website for the DC FanDome schedule, though it's only accessible once you create an account. But it's worth doing so, because it then lets you create a personalised schedule, which brings every DC FanDome panel you care about all in one place.

The schedule marks panel reruns as “encores” — which is the term we're also using below — so you can be sure if you're catching its first occurrence or a repeat. We've picked the biggest DC FanDome panels on this page, for those unclear on what to keep an eye out for. All times mentioned are in IST for your convenience.

With that, here's what matters at DC FanDome, in chronological order.

Gal Gadot will be joined by fellow stars Chris Pine, Kristen Wiig, and Pedro Pascal, and WW84 director Patty Jenkins as they unveil “an all-new sneak peek” — that means a second trailer — of the next DC film universe adventure, currently slated to release October 2 in cinemas. Don't hold out hope for a release in Indian theatres though, given the rate at which we're adding new coronavirus cases.

Batgirl: The Court of Owls?

Batman: Arkham Origins developer WB Games Montréal is holding an untitled panel that will offer a “first look at an exciting new game” followed by a developer Q&A. WB Games Montréal has been teasing a new DC game that involves the villainous secret society Court of Owls for a year now, and it hinted this week that it might also feature Batgirl, so it's pretty safe to say that it will be announcing that.

Just like its titular speedster, this panel for the standalone DC film universe movie will run for start and finish very quickly, and will involve star Ezra Miller, director Andy Muschietti, writer Christina Hodson, and producer Barbara Muschietti. They will give us a “speedy rundown” on The Flash, whatever that means.

The Suicide Squad writer-director James Gunn will answer fan questions and then test the knowledge of stars Idris Elba, John Cena, Nathan Fillion, Viola Davis, Joel Kinnaman, Peter Capaldi, Pete Davidson, Alice Braga, Sean Gunn, and Michael Rooker — with Suicide Squad questions. With this being the next DC movie after WW84 and production wrapped up, we expect a The Suicide Squad trailer. Or maybe a teaser.

Zack Snyder has already said that a trailer for Justice League ‘Snyder Cut' will drop at DC FanDome, on the back of several teases — including a black Superman suit and the Steppenwolf first look — that he has been revealing since the Snyder Cut's official confirmation back in May. Zack Snyder's Justice League is going to be exclusive to HBO Max when it arrives in 2021, so this trailer might be the only official thing we get to see.

Join star Grant Gustin, The Flash showrunner Eric Wallace, and cast members Candice Patton, Danielle Panabaker, Carlos Valdes, Danielle Nicolet, Kayla Compton and Brandon McKnight as they look back at The Flash season 6 and the black-and-white noir episode “Kiss Kiss Breach Breach” that will be exclusive to The Flash season 6 Blu-ray. And oh, we will also get a trailer for The Flash season 7.

Dwayne Johnson will be present to unveil the first look at his DC character — judging by his recent social media activity — and then discuss what the standalone Black Adam movie will offer fans. Black Adam doesn't begin filming until early 2021 though (under the guidance of director Jaume Collet-Serra), so don't expect the first look to be much more than an artist's rendition.

With the sequel Aquaman 2 not due until December 2022, the Aquaman panel at DC FanDome is simply about reminiscing over the first film. Participating parties include Aquaman director James Wan and star Patrick Wilson. Sadly, neither Jason Momoa nor Amber Heard are around.

Another DC movie whose sequel isn't due for years — Shazam! 2 is slated for November 2022 — but at least the film's primary cast members Zachary Levi, Asher Angel, Jack Dylan Grazer, Mark Strong, Faithe Herman, and Meagan Good as well as director David F. Sandberg are all present. They might also have a “few surprise guests”.

The other (already confirmed) game at DC FanDome comes from another, more famous Batman: Arkham developer in Rocksteady Studios. Its title already says a lot but we expect to learn a lot more as the developers discuss what they have in store with Will Arnett, whose best known connection to the DC world is voicing Batman in The Lego Batman Movie.

The final DC movie panel for DC FanDome involves star Robert Pattinson and writer-director Matt Reeves as they talk about the standalone reboot of the Dark Knight. We've got a (dark) peek of the new Batsuit and first look photos of the new Batmobile in the past. It might be time for a teaser trailer but the pandemic's meddling with filming could've disrupted any plans. The Batman panel is promising “a surprise (or two)” though, so watch out.