San Diego Comic-Con 2019: All the Movie and TV Show Trailers

From Top Gun: Maverick to The Witcher. 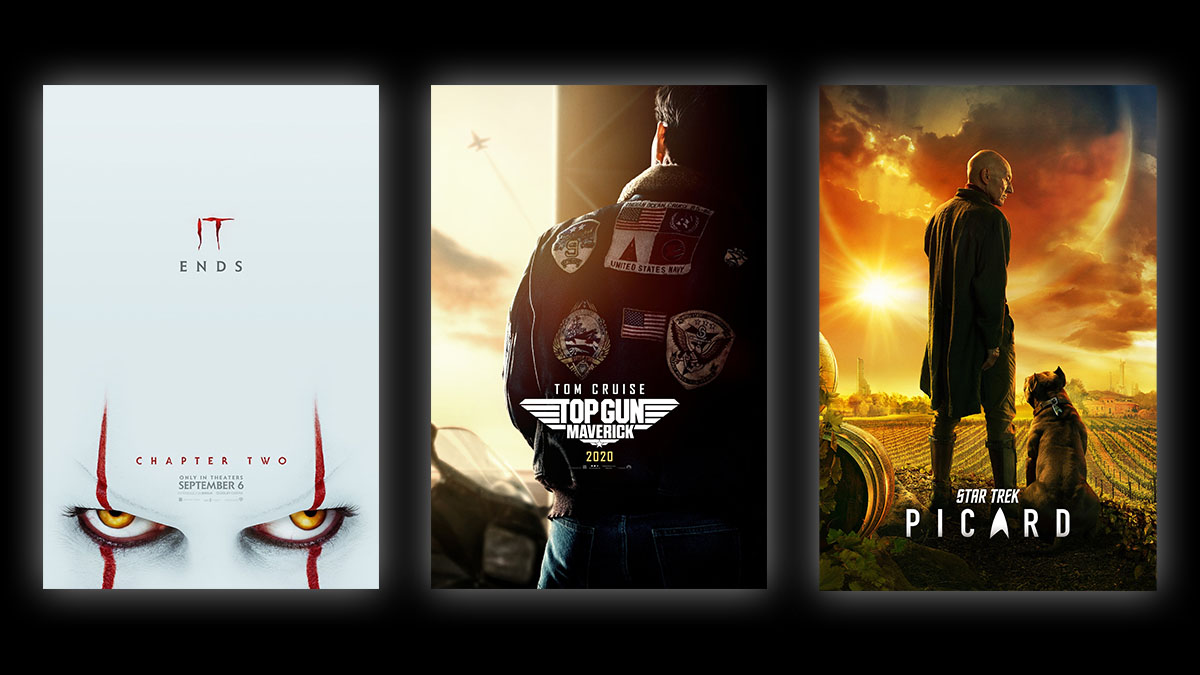 Westworld season 3. Star Trek: Picard. The Witcher. Top Gun: Maverick. It Chapter Two. Those were some of the biggest pop culture properties that released new trailers and teasers at San Diego Comic-Con 2019, between opening day on Thursday and the last day on Sunday. For those lucky enough to be in the city of San Diego, it meant a real-life glimpse at the people behind their favourite movies, TV shows, comic books, and video games. But since SDCC is not interested in live streams, the rest of us at home had to stay happy with the stuff we were served via the Internet, be it the aforementioned trailers released by the studios or trinkets of news pouring out on Twitter.

To make things easier for people like us, we decided to compile the biggest film and TV trailers shown at the 2019 San Diego Comic-Con in one place. And we will keep adding to the list as new ones keep coming in across the four-day event. So be sure to bookmark this page and keep checking in through the weekend. Here are the best film and TV trailers we've seen at Comic-Con 2019.

This sequel to the 2017 original — which was critically-acclaimed and stands as the highest-grossing horror film of all time — is set nearly three decades ahead, with The Losers Club now all grown up. The likes of James McAvoy, Jessica Chastain, and Bill Hader play the adult versions, while Bill Skarsgård returns as Pennywise to terrorise them all over again.

Tom Cruise is returning to the role he played 34 years ago in this sequel that's (deliberately) set 34 years after the events of the original, where the legendary naval aviator (Cruise) contends with a new world that doesn't need much of him — drones are said to play a part in the narrative — while instructing the son (Miles Teller) of a friend he lost a long time ago.

BoJack Horseman's Raphael Bob-Waksberg is the co-creator of this Amazon Prime Video adult animated comedy-drama. It follows a young woman (voiced by Rosa Salazar, of Alita: Battle Angel fame) who discovers she can play with time and then uses that newfound ability to uncover the truth about the death of her father (Bob Odenkirk, from Better Call Saul).

One moment can change a life. Watch this exclusive #SDCC teaser for our new original series, #Undone. Coming soon. pic.twitter.com/D7vKGvdnY0

Instead of being served a straight-up trailer, we were treated to a behind-the-scenes featurette featuring several of the cast and crew — producer James Cameron, Arnold Schwarzenegger, and director Tim Miller among others — enthusiastically talk about the sixth film in the franchise. From a plot standpoint, it's actually the third film, though, because of some alternate timelines gibberish.

James McAvoy. Lin-Manuel Miranda. Ruth Wilson. And Logan breakout Dafne Keen. That's the stellar cast — among others — of this series adaptation of Sir Philip Pullman's seminal fantasy trilogy, which looks to succeed where the $180-million 2007 film adaptation failed. The new extended trailer does paint a promising picture, and it'll be interesting to see how they have modernised its Victoriana fantasy world, as the makers claim.

With the show out in November, we were hoping to get a full trailer — but alas, only a clip. For what it's worth, the first look at Rick and Morty season 4 features Thor: Ragnarok director Taika Waititi voicing an alien named Glootie, who is somehow an intern at a new start-up launched by Morty and his father Jerry. As you'd expect, the app goes south, and the Smiths have trouble taking it down.

From flying, alien superhero to mutant monster hunter. Henry Cavill is in the lead of this Netflix series that's based on the written works of Andrzej Sapkowski, which comes across as a Game of Thrones meets Lord of the Rings in its first trailer. There's magic, violence, sex, and (naturally) monsters. And oh, by the way, Cavill's character is 100 years old when we first meet him in the show.

Lost co-creator Damon Lindelof is taking on Alan Moore's graphic novel that was previously adapted as a feature film by Zack Snyder a decade ago. This HBO series sets itself apart — as you can tell by the new Comic-Con trailer — by telling “a new, original story” with mostly new characters set in contemporary America, as opposed to the ‘80s setting of the movie. Regina King, Jeremy Irons are part of the cast.

Two decades after he last appeared as Jean-Luc Picard, Sir Patrick Stewart is returning as one of the most famous Trek captains in history. The show is slightly delayed — it will now premiere in early 2020 rather than late 2019 on Prime Video in India — but Star Trek TV chief Alex Kurtzman threw a curveball at Comic-Con, revealing that several Trek veterans, from Brent Spiner's Data to Jeri Ryan's Seven of Nine would make appearances on Picard.

Jonathan Nolan and Lisa Joy's ever-confounding show promises to be less confounding in its third season, but the new Comic-Con trailer for Westworld is hardly reassuring. Dolores (Evan Rachel Wood), Maeve (Thandie Newton), and Bernard (Jeffrey Wright) all seem to be off on their own adventures, which includes futuristic Los Angeles or what seems like World War II-era Nazi-world. Never stop not making sense, Westworld.

Thanks to the game-changing events of the season 3 finale, The Expanse should be a much bigger show in its fourth season — the first on Amazon Prime Video, after Syfy dropped it — if not very different. It's also one of a select few television properties that actually provided a concrete release date at Comic-Con. The Expanse season 4 arrives December 13.

Released outside Comic-Con
Not every pop culture property makes it to San Diego for several reasons, but with increased interest during the period, several studios and networks use the opportunity to unveil new looks at their upcoming films and TV series. Here are the best trailers released outside Comic-Con, which is the same thing for those that aren't attending anyway.

Brad Pitt stars as an astronaut who's asked to search for his missing father (Tommy Lee Jones) in this space epic from The Lost City of Z writer-director James Gray. In the new trailer, Pitt's character thinks his father is dead, but the government believes he's hiding because he may be up to no good — an experiment that can have deadly consequences for everyone in the Solar System.

Before Rami Malek won an Oscar for playing Freddie Mercury, he was known for this breakthrough performance in this series that started as ‘What if Fight Club, but also a sequel?' and then became significantly weirder thanks to creator Sam Esmail. The first teaser doesn't give much away, but we shouldn't have to wait too long for another look if season 4 keeps its 2019 air date.