CAA and NRC Protests: Deepa Mehta on the Role of Artists in ‘Resisting the Forces of Fascism’

“The role of the artist [is] to hopefully start a dialogue, not to be intimidated by fear and never to be silent.” 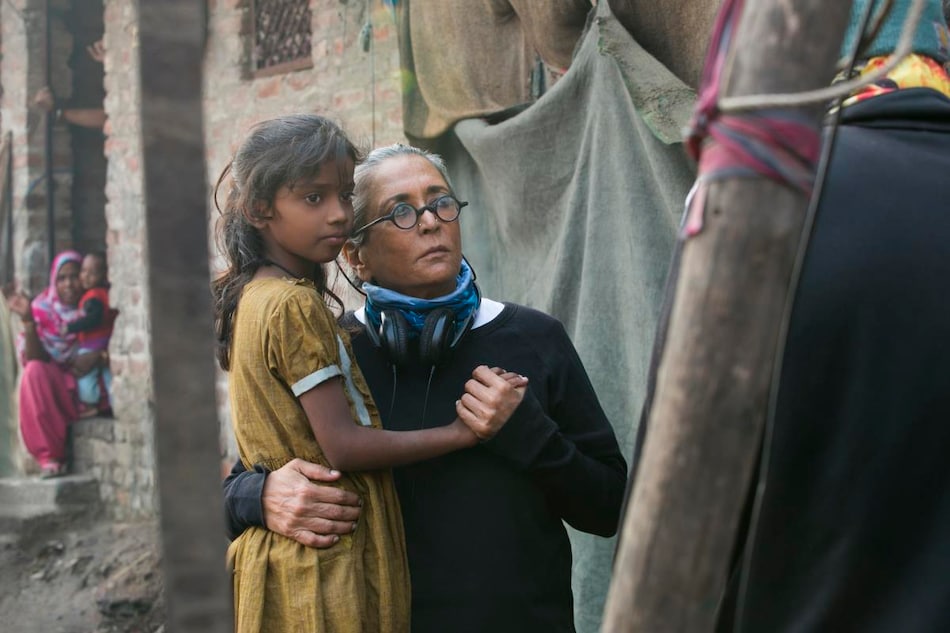 Deepa Mehta on the sets of Leila

Deepa Mehta has never been shy about her politics. The Indo-Canadian writer-director gave Bollywood its first lesbian relationship in the ‘90s with Fire, which led to protests from right-wing groups such as Shiv Sena. That led to a reputation, with Hindu fundamentalists trashing the sets of Water in the early 2000s in Varanasi on false accusations, forcing Mehta to move to Sri Lanka. She would also film her 2012 adaptation of Midnight's Children there, fearful of how loyalists would react to the depiction of Indira Gandhi. And then last year, Mehta helmed Leila, a Netflix series that portrays life under a Hindu nationalist police state.

Those who follow Mehta on Twitter already know how vocal she is about political issues around the globe, including the ongoing protests in India against the controversial Citizenship (Amendment) Act (CAA) and the possible ramifications in combination with the proposed National Register of Citizens (NRC). Mehta believes that artists have a role to play in “creating awareness” about these issues and to not be “intimidated” by the fear-driven tactics of those who seek to suppress their voices. And she thinks it's important to act on that before it's “too late” and we end up being “silenced for a very long time, potentially lifetimes.”

“Toni Morrison once said, ‘All art is political', and I couldn't agree more,” Mehta told Gadgets 360. “It is obvious to anyone who is even partially aware of the condition of our world today that we are facing clear and imminent danger of failing to resist the forces of fascism and inhumanity in our political leadership globally. Given how widespread art is nowadays — through online streaming and interactive platforms — artists have a lot of outreach to play their part in creating awareness of what is going on. And the art we create is more valid than ever as we see the rise of national populism around the world.

“The role of the artist, in times of war, conflict or peace, is to interpret that time for themselves and the viewers, to hopefully start a dialogue, not to be intimidated by fear and never to be silent. The longer we wait to take action and not add our voices to the resistance, the more likely in the not too distant future, we will find ourselves recognising that it is too late. The oppressive will be so firmly in place that we will no longer be able to voice our objections freely and we will be silenced for a very long time, potentially lifetimes. It is important that we stand together in solidarity, for the survival of humanity. We do not become who we are in isolation.”

Mehta's most recent work was the opening episode of Little America, the Apple TV+ anthology series that looks at immigrant experiences in the US. The director said she was drawn to the project for its Indian focus and the uniqueness of its immigrant story.

“[My episode,] ‘The Manager' is about an Indian-American family running a motel in a small town in Utah,” Mehta said. “There is a saying that you can take an Indian out of India but not India out of an Indian. This remains true for Kabir's family as well has resonance for me personally, having been born and brought up in India but now an Indo-Canadian for several years.

“Usually immigrant stories are about how tough it is to be an immigrant, the strife and the racism that they have to overcome. If that's one end of the spectrum, the other extreme are the success stories of immigrants who overcame prejudices to become successful. Though both of these are true, what's missing are the ‘in-between' stories — the stories of ordinary people existing and experiencing; the whimsical aspect of being immigrants.

“Little America and ‘The Manager' piqued my interest for these reasons. I gravitate towards new and unique stories of ‘the other' and from the moment I was pitched this project, I was all in.”

Mehta's next project is a feature film adaptation of Funny Boy, Shyam Selvadurai's coming-of-age novel about a kid in a wealthy Colombo-based Tamil family who explores his sexual identity as he grows up against the backdrop of Sinhala-Tamil tensions that led to the 1983 “Black July” pogrom in Sri Lanka.