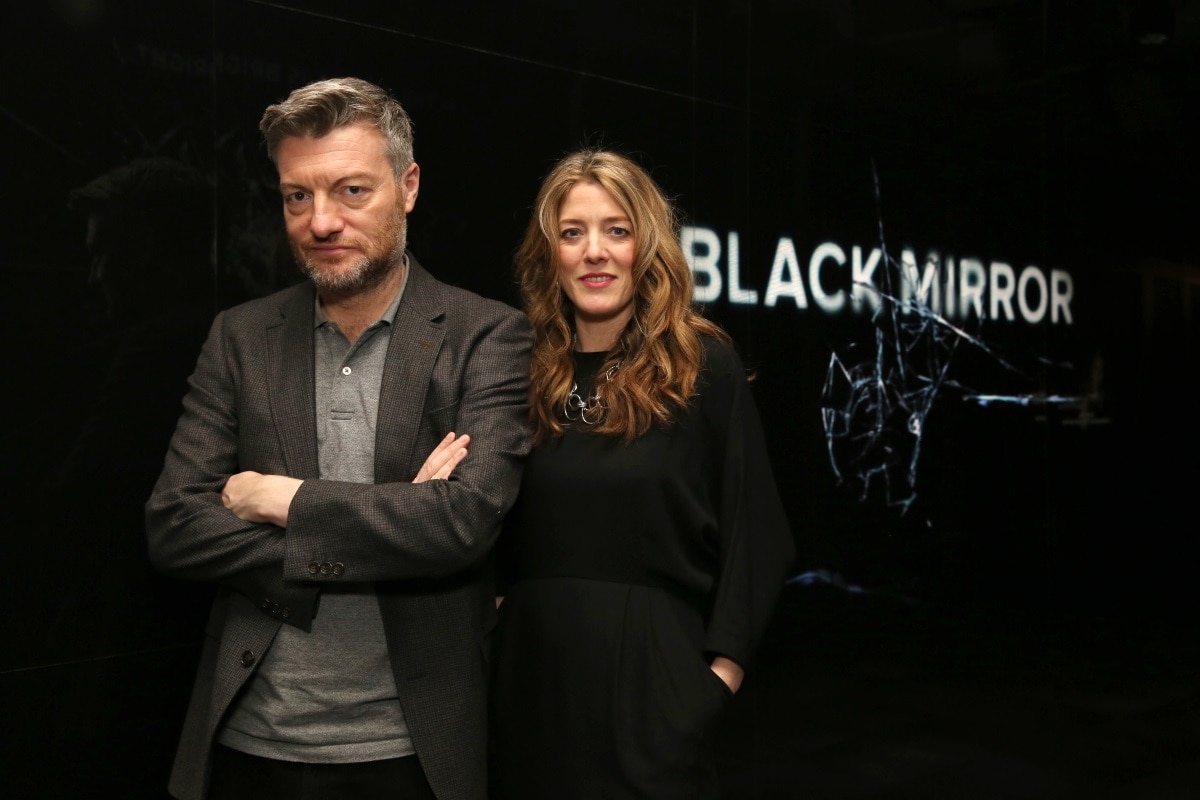 In less than two weeks' time on June 5, Netflix will release the fifth season of Black Mirror, the Emmy-winning sci-fi anthology series from Charlie Brooker, which is known for delivering unsettling, incisive tales of techno-paranoia. The likes of Miley Cyrus and Anthony Mackie (Avengers: Infinity War) are set to star in Black Mirror season 5, which will offer up three stories — titled “Striking Vipers”, “Smithereens”, and “Rachel, Jack and Ashley Too” — instead of the usual six episodes that we've gotten in the last couple of seasons, owing to the interactive film Black Mirror: Bandersnatch that released last December.

“Originally, Bandersnatch was part of season five, you see?” Brooker tells Gadgets 360 over the phone from London. “And then it became apparent that a) it was taking up as much work as an entire season. And b) it made more sense to separate the two things out and have Bandersnatch be a standalone, then follow it up with this season. So that's why but yes, it did [take a lot of time]. I mean, it was like five and a half hours of footage, Bandersnatch. So that's quite a lot in anyone's book.”

Given how massive and varied Bandersnatch was, Brooker notes, they “have had every reaction you could imagine” in the nearly five months since. “I think it's been really good on the whole,” he adds. “I think we've been very pleased with how it's been received. It's quite weird, because […] there's other things that are like it that I know other people are doing, like a Kimmy Schmidt interactive episode that's coming along. It was quite good fun to be kind of like the first, yeah, on this platform.”

“I don't think we could have hoped it to have gone better, really,” co-showrunner, Annabel Jones, chimes in. “You know, it's quite a risk and a gamble, making something like this because you're not sure what people's expectations are going to be. And so, we were very fortunate to get a BAFTA TV nomination for ‘Single Drama' here in the UK, and then at the weekend win a Nebula Award for ‘Best Game Writing'. So it's very interesting that, you know, both communities have welcomed it as an interesting narrative experience. So that's incredibly satisfying.”

Black Mirror: Bandersnatch Is the Wackiest, Most Insane Thing You'll See This Year

She adds, “But I think the key thing — and we said this [at Netflix's headquarters] in Los Gatos — was wanting to create a film that people have an emotional engagement with the character, and care about his journey, for want of a better word. And so, the fact that we hopefully were able to achieve that, and explore what it is to be interactive, and explore all of the tropes of a branching narrative, and have fun by subverting it, but also keep a motion in the film is, you know, hugely gratifying.”

“One of the most interesting things for me was people desperately trying to find a happy ending for Stefan, [the protagonist played by Fionn Whitehead],” Jones, who's also an executive producer on the show, tells Gadgets 360. “Which is hugely satisfying, because you sort of think, ‘Oh my God, they desperately care about him, and they want to try and find some resolution for him. But on the other hand, it's Black Mirror. So what were they expecting?' But for anyone to have any emotional reaction to it is obviously the whole point. So I think it was a really, really interesting and positive experience.”

Now that Bandersnatch has been out there for a while and the creators have had time to process it, is there anything they would change about it? “On the whole, there's the occasional structural thing where I think, ‘Oh, maybe we should have held back on the path where it breaks the fourth wall,'” Brooker says. “[When Stefan is] told he's on Netflix was originally held back until you sort of had gone down at least one of the other endings first. But we opened it up early on. Was that a mistake? I don't know. I mean, it could have gone either way.”

With the Black Mirror interactive movie now safely in the rear-view mirror, Brooker and Jones are looking forward to seeing how audiences will react to the new batch of episodes in season 5, which are set in the present day unlike Bandersnatch and have been filmed around the world, including Brazil, South Africa, Spain, and the UK. As the trailers have revealed over the past week, Black Mirror season 5 will involve VR technology, smartphone addiction, and Cyrus being turned into an Amazon Echo-like device.

“There's all sorts of things [in season 5] from pornography, fidelity, the music industry, artists' rights, attention spans in the modern era, virtual assistants, social media, lots of things like that,” Brooker adds. “Those are kind of the themes, but really, we don't sort of think about the themes when we sit down to write the stories. We always want people to focus on the stories, first and foremost. The theme is kind of like the background music that improves it, I think, as you watch the story. But hopefully again, there's a mix of styles of story in this season. That hopefully, people will react positively to rather than negatively.”

“And [there's] a mix of genre and mix of tone as well,” Jones says. “‘Rachel, Jack and Ashley Too', on the surface, feels like quite a romp in the style of [season 4 episode] ‘USS Callister'. But actually, when you step back, and you think about what's actually going on there, it's all quite dark in terms of exploitation of artists and artists' rights and AI taking over music and how we like to consume entertainment. There's lots of ideas running through it, but we tackle it with such a fast-paced speed that you're not even thinking about that, you're just enjoying the story.”

Black Mirror season 5 is out Wednesday, June 5 on Netflix worldwide.