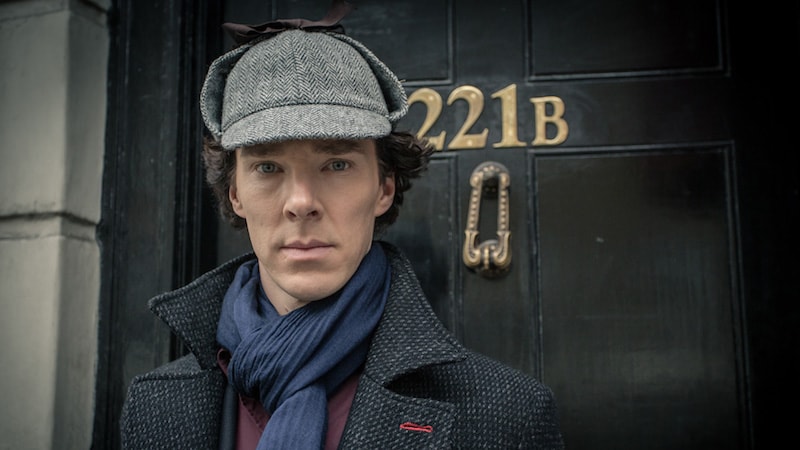 Ever wondered about the layout of your favourite TV houses? How do the rooms actually connect and just how big are those places? Clarendon Serviced Apartments, a real estate company from London, England, wondered about the same thing, and decided to use its housing skills to answer the question.

The company has put together a number of detailed floor plans of the houses, and even included some of the furnishings and accessories that really stood out, such as the foosball table from Chandler and Joey's apartment in Friends. Here's a look at what Clarendon was able to put together:

1. Friends
Since we mentioned Chandler and Joey, let's take a look at their home first. As you can see in the image below, it's a two-bedroom apartment with a compact layout. The living areas of the apartment are actually pretty spacious, though the bathroom and kitchen zones are pretty tiny.

That's probably why the whole gang usually gathered in Monica and Rachel's apartment across the hall instead. As you can see from the blueprint, it's significantly more roomy, with a proper kitchen, complete with a large balcony.

2. Big Bang Theory
Everyone's "favourite" TV show about nerds that no one will admit to watching, the Big Bang Theory is, in many ways, modelled after friends, and so it's perhaps not surprising that the living arrangements also look like Friends. For whatever reason, the rooms avoid right angles - instead, everything is laid out askew.

Penny's apartment is the smaller one here, but even so, it looks way too big for a struggling actress to afford - either that or Leonard and Sheldon are staying in a much cheaper home than they can afford, even if it's bigger. The angles of the rooms are less obvious when watching the show, but looking at the blueprint above, we can't help but feel the house would leave Sheldon feeling very uncomfortable.

3. Sherlock
Maybe it's because we only get a couple of episodes every few years, but Sherlock's rendition of 221B Baker Street is hard to call to mind, beyond the wallpaper in the sitting room. Looking at the blueprint though, it's easy to see why Sherlock likes the room - it's roomy and has a number of different places to sit and think.

On the other side of the kitchen and dining area is the bedroom and bathroom, which must make it awkward if a visitor needs to go to the loo. Maybe that's why Season 3 villain Charles Magnussen decided to let loose in Sherlock's fireplace.

4. Dexter
Serial killer of serial killers Dexter Morgan first endeared himself to us thanks to his morning routine captured in great detail in the opening credits of the show. It gave us the image of a man who was meticulous and well organised, and dedicated to routine.

Unlike some of the shows above, Dexter spent a lot of time outside as well, but that large, spacious house followed a similarly organised layout which reflected his character, which is perhaps why most episodes spent at least some time there. It has a very workmanlike kitchen, and the focus is instead of his work desk, and the treadmill in the bedroom, giving a sense of the character from the house itself.

5. Breaking Bad
Walter White's home in Albuquerque is a small house that makes you feel hemmed in, and looks cluttered. This represents his own sense of confinement and difficult family life, compared to the freedom he feels in his criminal life.

As you can see in the image above, the house could actually have been somewhat roomy, but it's partitioned into an excessive number of spaces, leaving little open space.

6. Sex and the City
Carrie Bradshaw is a working journalist in one of the most expensive real estate markets in the world, and she lives in a house that would make most people turn green with envy. Although it's a one-bedroom unit, the layout is lavish, and there's a huge bathroom, closet, and giant kitchen, along with a spacious bedroom and sitting room.

It's not the most unbelievable thing about this show, but as journalists, just looking at the picture above is making us unhappy, so let's move on.

7. Only Fools and Horses
This British television sitcom from the 80s is less well-known in India, but was pretty influential in the UK, which is why it got included by Clarendon. Set in Peckham, South London, the apartment is a "council flat" - sort of like the DDA housing in Delhi, that is to say, housing built by the local corporation.

The idea was to make a comedy about working class London, and focuses on two brothers in their attempt to make various get rich quick schemes work out. Although the blueprint above makes the place look fairly roomy, on TV, the large collection of old appliances, collectibles, and furniture added up to make the house look pretty cramped instead.