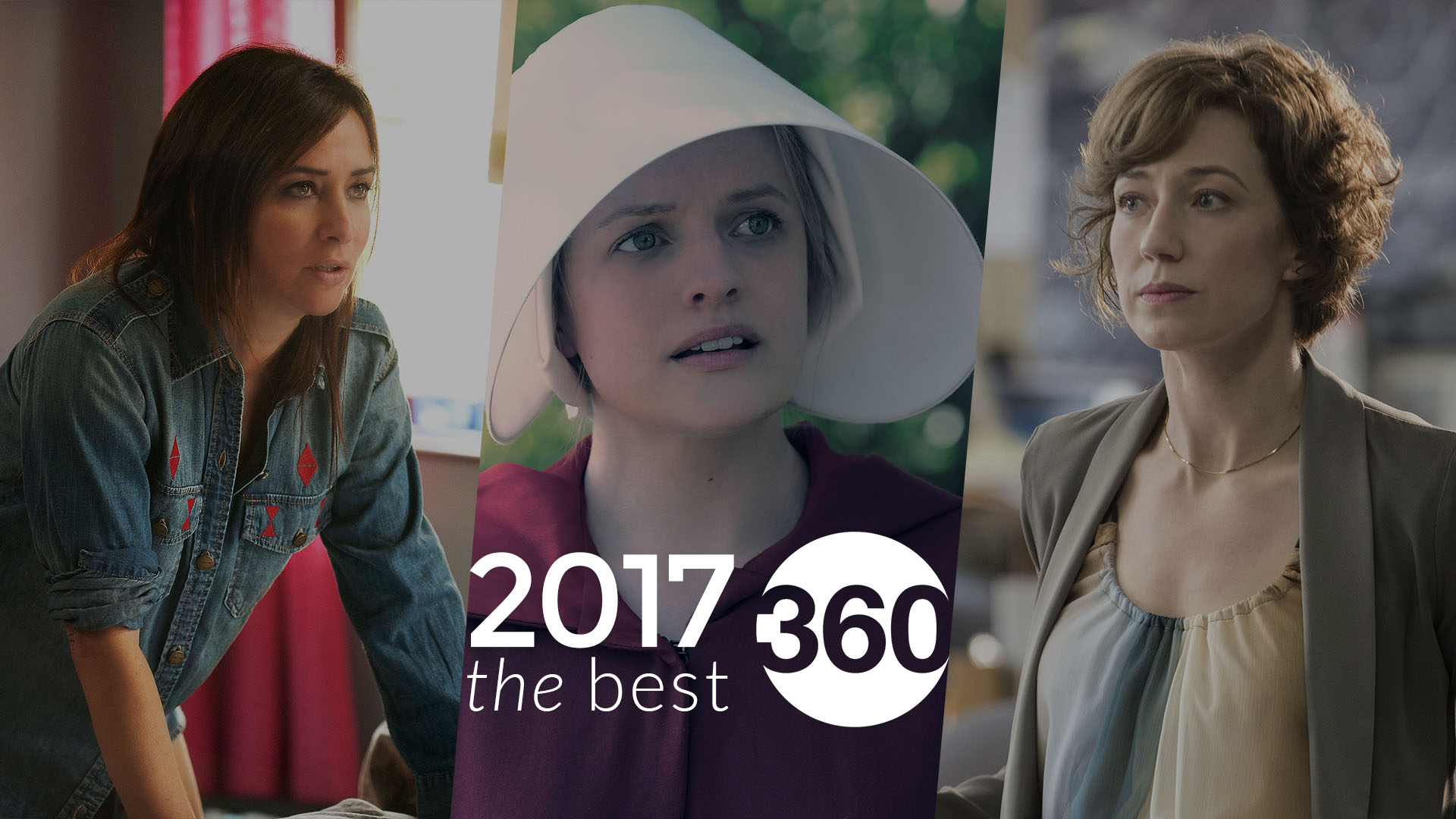 While TV shows such as Game of Thrones and Stranger Things continue to hog the limelight, there are a lot of other series that fail to be noticed or don’t get the attention they deserve. And in Peak TV’s ongoing gold rush, 2017 was no exception. With the year rapidly drawing to a close, we decided to make note of television content that deserves your viewing attention.

Here are the best TV shows of 2017, in alphabetical order:

Better Things
The second season of Pamela Adlon’s semi-autobiographical show, which focuses on a single mother raising three daughters by herself, was a lot like the first: heart-warming, funny, expressive, grounded, charming, and brimming with energy. Better Things subtly improved in ways that added layers to all its primary characters, while delivering poignant observations that cause you to reflect on the wonders and challenges of parenting and family.

There isn’t a single show like Better Things currently on TV, which can say more with sighs and grunts that other shows fail to express with actual dialogue. It’s testament to Adlon’s talents – who writes, directs, produces, and stars in the show – that the FX half-hour series is such a gem. And though Louis C.K. was involved on season two, he’ll no longer be a part going forward, after he admitted to sexual misconduct allegations.

Crazy Ex-Girlfriend
If you knew nothing about the show, it’s easy to see why the title and role of “crazy ex-girlfriend” might come across as anti-feminist drivel. But the CW series – from Golden Globe-winning Rachel Bloom – is a strong and positive ensemble story, one that tackles everything from a sense of identity to mental illness with heaps of singing and dancing.

The progressive obsessiveness of its central character neatly stays away from tropes and clichés associated with romantic comedies, and its ability to provide an honest look at a disturbed woman, while never condoning any of her "crazy" actions, helps Crazy Ex-Girlfriend land a tricky balance. It’s one of TV’s most audacious shows, and it’s even more interesting in its ongoing third season.

Master of None
When Aziz Ansari’s Master of None character Dev left New York to pursue pasta school in Italy at the end of the first season, the comedian – who serves as the co-creator, writer, and director on the Netflix show – went to Modena to learn the art of pasta-making. The city served as the setting for two episodes in the new season, one entirely in black-and-white, in the style of Italian neorealism.

Concept ideas fuelled the series’ best work in season two, be it the intersecting lives of New Yorkers containing a beautiful zero-audio segment with deaf people, or a three-decade story about Dev spending Thanksgiving with his best friend Denise (Lena Waithe), which won Ansari and Waithe the Emmy for best writing in comedy.

Master of None was more ambitious in its second season, and its commitment to studying the lives of minorities in America remains both laudable, and joyous. Now we endure an even longer wait as Ansari collects more life experiences.

The fascinating writing is bolstered by the additions of James Franco playing twin moustachioed Martino brothers, who are slowly pulled into the centre of it all, and the indomitable Maggie Gyllenhaal (The Dark Knight), who plays a street prostitute with an eye for a business, in addition to the direction of Michelle MacLaren (Breaking Bad). If Simon’s previous work is any clue, The Deuce will only get better from here.

The Good Place
If the twist at the end of the first season wasn’t fascinating enough, The Good Place – from Parks and Recreation alum Michael Schur – blew up the premise itself at the beginning of its ongoing second season, setting up a show that’s unexpected and hilarious at every turn. Much of that latter bit is thanks to the maddening sextet at its centre, which include four dead humans with disagreeable personality traits, an afterlife architect, and an AI that knows everything but understands little.

The writing has proved to be one of the biggest strengths of The Good Place, allowing the show to explore what it means to be human, and delivering lessons on morality and ethics, while debating whether all that even matters if the universe is conspiring against you. And through it all, it delivers tons of jokes, from its continuous jabs at frozen yogurt to the idiosyncrasies of its characters.

The Handmaid’s Tale
Margaret Atwood’s 1985 dystopian novel received a fitting adaptation in this Emmy-winning Hulu series, which chronicles life for fertile women under a brutal, totalitarian regime that has overthrown the United States government in an alternative near-future. The show expanded the book’s focus in impressive new ways, throwing a spotlight on the history of the oppressors and the oppressed, while taking place in three different inter-cutting timelines.

The power of The Handmaid’s Tale comes from the fact that everything represented in it has been derived from the past and present of our own world, and transferring these real-life horrors to the screen – much closer to home for those of us stuck in more traditionalist societies – has a much larger impact. Plus, it helps that Elisabeth Moss is delivering the performance of her stellar career in a show that focuses so tightly on her face.

Read our review: The Handmaid's Tale Is a Terrific Argument Against Orthodoxy
Watch: Hulu

The Leftovers
Lost co-creator Damon Lindelof’s latest HBO drama, which aired its series finale earlier this year, was the kind of show that took a global event – the sudden disappearance of 2 percent of the world’s population – and made it as personal as it could, focusing on a handful of individuals as they dealt with their arbitrary, out-of-control lives. During its run, The Leftovers was the saddest yet most hopeful show, morbid yet rejuvenating.

It was also one of the few shows that realised that a secondary character was more interesting than the lead it began with, and slowly moved her – Carrie Coon, delivering a remarkable performance – towards the front. The Leftovers didn’t just explore the ways people come to accept calamities, but provided a deeply affective portrayal of the meaningless of life, and why the only meaning exists in the experiences we have with each other.

Other mentions:
There was a lot of good TV beyond the ones listed above, and these are worth checking out if you’ve seen all of the above: Better Call Saul (AMC), Big Little Lies (HBO), BoJack Horseman (Netflix), Halt and Catch Fire (AMC), and The Crown (Netflix).