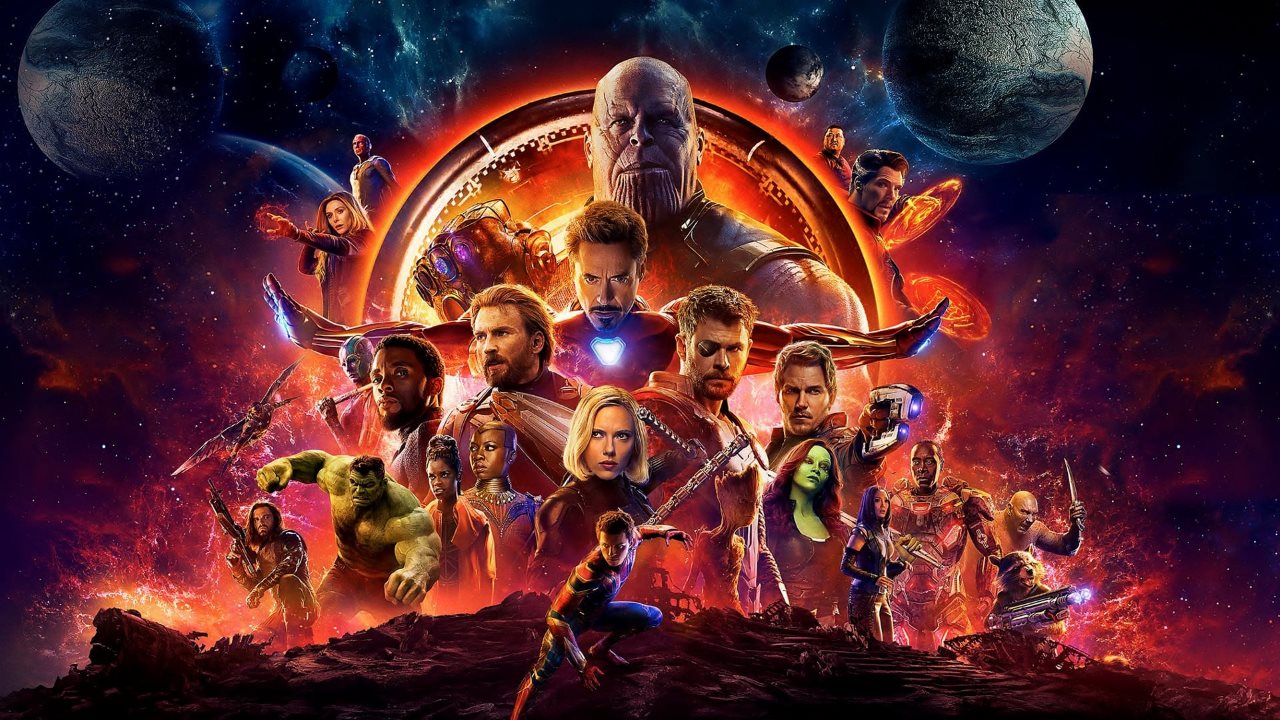 Usually, The Weekend Chill – your one-stop destination for what to watch, play, or listen to each weekend – kicks off with the entertainment news of the week, clueing you in on the latest happenings across the world of pop culture if you haven't bothered or had time to scroll through your social feeds. But since this is going to be the last ever edition of this weekly Friday column, we decided to do things differently.

When this first began in February 2016, our aim was to sort through the clutter of TV, film, music and video game releases every week to pick out the ones that were worth a look. Since then, we've been through several changes – there was no news in the beginning for a while, and we briefly experimented with a few topics – but our mission never changed. Except with all things in life, everything that has a beginning has an end.

If you've followed us regularly, thank you for your support. If this is the first one, you're probably quite confused. Anyway, here are the best picks of the week, for the final time.

Movies
Avengers: Infinity War
Six years after his first appearance in a credits scene, Thanos (Josh Brolin) took the stage himself earlier this year. To stop him, everyone from the Avengers, Guardians of the Galaxy, Revengers (Thor and his friends), and the rest – Doctor Strange, Spider-Man, and Black Panther – came together, which gave Infinity War one of the largest recognisable casts you’ll ever see in a film.

The premise, for those who care, involves Thanos going after the Infinity Stones, those glowing rocks that have been hinted, mentioned or talked about in several Marvel movies. Of the six, five are known, and are either being guarded by a planet, in the care of a powerful individual, or literally embedded in their forehead (that’s Vision). The latter is hence a prime candidate on the list of those who will die fighting Thanos.

Most critics, including us, gave Avengers: Infinity War the thumbs-up, which had a big task on its hand in every way and managed to hit most of its targets. Thanos is actually a credible villain, the film has a lot of laughs despite its heavy narrative, and it deftly incorporates all the superheroes while keeping a handle on its story. "Best of all, it has what Marvel seemed scared of for a decade: stakes," this critic wrote.

Star Trek Beyond
When J.J. Abrams rebooted Star Trek's cinematic franchise in 2009, it was well received by most. The follow-up – 2013's Star Trek Into Darkness – didn't have the desired effect as its unnecessary need to include one of the great villains in Khan Noonein Singh upset many. With Star Trek Beyond, the directorship passed onto Justin Lin, famous for his work on four out of the seven Fast and Furious films. There were a couple of newcomers to the cast as well: Idris Elba as Krall and Sofia Boutella as Jaylah.

The sci-fi space saga created by Gene Roddenberry has captured millions of hearts and minds since its inception in mid-1960s. Star Trek Beyond is everything the original TV series was in combination with the CGI expertise of today. Plus, it pays a lovely tribute to both Leonard Nimoy – he played Spock back in the day and passed away in 2015 – and Anton Yelchin, who plays Chekhov in the reboot series and died in a freak accident in 2016.

Like most critics, we were quite pleased with Star Trek Beyond upon its release two years ago. Co-writers Simon Pegg and Doug Jung brought "an infusion of light-heartedness" that was missing from the previous entry and the director Lin introduced a "sense of fluidity (and a bit of dizziness) to spaceship battles" but the film's villain didn't capture our imagination and felt "too one-note to provide anything more than a mild annoyance".

mother!
Last year’s most divisive film, owing to how the marketing differs from the product, the endless explanations delivered by director Darren Aronofsky (Black Swan), and the polarising ratings from critics, is a part Bible retelling and an allegory for climate change that presents itself as an R-rated version of Shel Silverstein’s The Giving Tree.

The premise, if there is a way to convey that, goes like this: a young woman’s easy-going life at a country home, where she spends her time painting and decorating the house, is disrupted by the arrival of a couple who are big fans of her author husband’s work. From there, it progresses in unimaginable ways, with scenes that are audacious, bizarre, and jaw-dropping.

Jennifer Lawrence stars as the woman, alongside Javier Bardem, Ed Harris, and Michelle Pfeiffer. It has been lauded as one of the best films and one of the worst depending on who’s talking about it, so this is a movie you’ll need to see for yourself.

Other mentions
This being the start of the month, Netflix has added a whole lot of stuff across the board. You should check out our August guide for the best recommendations and the full list.

Video games
Yakuza 0
Developed and published by Sega, Yakuza 0 is an open-world action game that serves as the prequel to the first chapter released all the way back in 2005, titled simply Yakuza, which explains the ‘0’ in the name of the latest entry. The game’s been available to PlayStation 4-owners for a while, and it’s only now that Sega has decided to bring it to PC players.

Yakuza 0 thrusts you into the Japanese underworld of 1988, following the story of Kazuma Kiryu, who hails from Kantō, and Goro Majima, from Kansai. Kiryu is a junior member of the Japanese yakuza but ends up in major trouble after a simple debt collection goes awry. Majima, meanwhile, has been living the life of a cabaret club boss, but desperately wants to get back into the crime business.

We genuinely loved our time with the game when we reviewed it on the PS4, be it the well-crafted story at its centre with a “tremendous” pay-off, the themes it tackles – migration, gentrification, and racism among them – or the attention to detail from the developers.

How to access: Steam for PC or PlayStation 4
Time commitment: 30 hours