And it’s offering all of it for free. 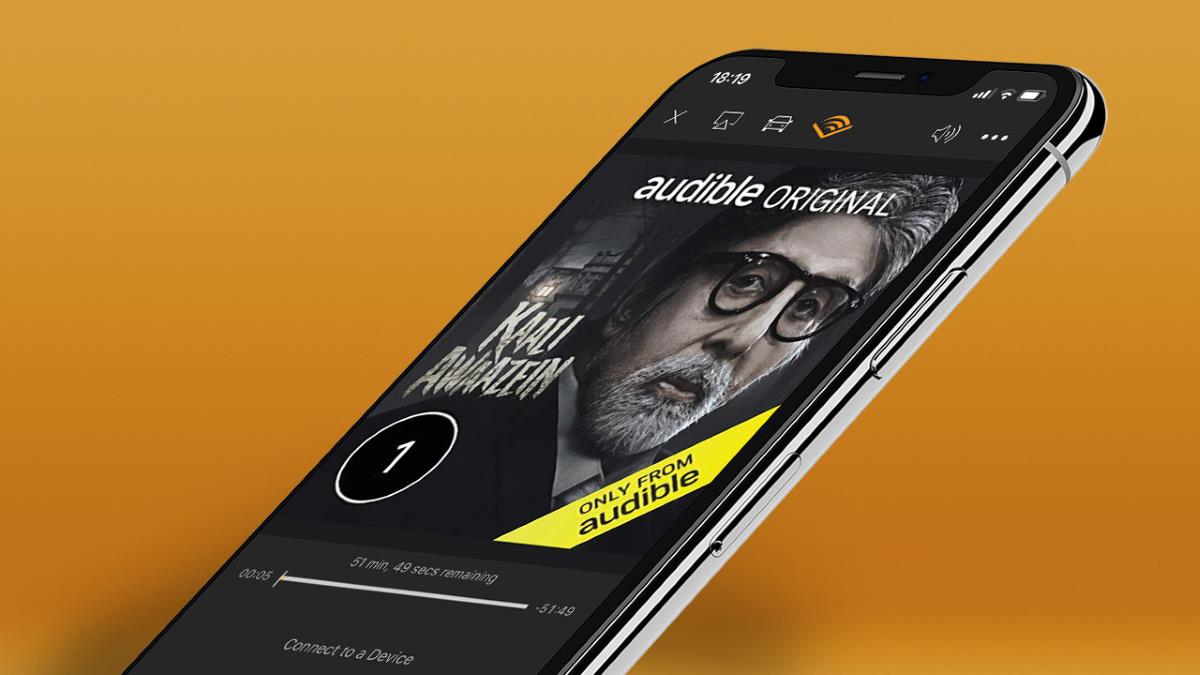 What does all that have in common? They are all part of Audible Suno, a new India-first offering from the Amazon-owned spoken audio company, which is now available with more than 60 — yes, sixty — original and exclusive series in a mix of Hindi and English. You can access them via the new Audible Suno app for Android, or via the existing iOS app and the desktop cloud player. (It's not on Echo, but it will be.) And oh, did we mention it's all free? No membership, no visual or audio ads, nothing. Nada.

Audible founder and CEO Don Katz told Gadgets 360 that they also have no plans to upsell Audible Suno users to their premium service — Audible costs Rs. 199 per month — which is the reasoning behind creating a separate app. In short, it won't be a YouTube Premium situation, rest easy. Keeping things free also has other advantages, as Audible's India head Shailesh Sawlani tells us.

“Look at where awareness of this medium is and what the Audible experience is and can be,” Sawlani says. “It's just so low, that really the best way for [listeners] to get an understanding of it, is for us to put out some really good content, get the stories in front of as many people and democratise access to it, which is really what we're trying to do here.”

For Katz, Audible Suno helps tick a milestone box: “This is kind of my dream for the company because we really never did an all original. Written to the form, acted to the form, produced to the form, and all the soundscape design, innovated for the audience.”

Nawazuddin Siddiqui, Anurag Kashyap, and Tabu in a promo for the Audible original, Thriller Factory

Doing that and working with top Bollywood talent is a considerable time and monetary investment, though. How does Audible plan to sustain Audible Suno?

“Well, that's interesting, because that's one of the reasons [Amazon founder] Jeff Bezos and I kind of bonded about ideas in 1996,” Katz says. “If it's customer focused as to what is best for them, it does refract your thinking in a different way. So the point is, we're successful enough to be able to finance this. You just do it because it seems like the right thing to do for the customers or creative community.”

Sawlani chimes in: “I was speaking to some authors last week, and they were like, ‘This is great, because we don't need someone to come in, turn our script into a movie, and wait two years for that to manifest.'”

Supporting the creative community is personal for Katz, who spent two decades as an award-winning author and a journalist prior to founding Audible, working for the likes of Rolling Stone, Esquire, and Sports Illustrated. He notes that they — as part of Rolling Stone's narrative fiction group — never made a lot of money, which is why he made sure to acknowledge the effort of freelance writers when he won ‘Entrepreneur of the Year' awards later for Audible.

“I would always dedicate it to freelance writers, saying the most entrepreneurial members of our society are anyone who can write well enough to make a living because it's really hard. And I remember once I said, ‘I know every non-fiction storyteller in America who has a house',” Katz adds with a laugh. “These are people who deserve to be sustained.”

Katz almost makes Audible Suno sound like public radio service. India has a rich history in that regard, going back more than fifty years with Vividh Bharati. The All India Radio-owned service too has enlisted the help of the likes of Bollywood legends in Lata Mangeshkar and Bachchan over the years. But its wide mandate — geographically and demographically — doesn't afford it much room to experiment like private players can.

Neelesh Misra in a promo for the Audible original, Yoddha

It's why Audible is working with people like Neelesh Misra, best known for his BIG FM programme Yaadon Ka Idiot Box. Misra has created two shows for Audible Suno: one involving the Indian Armed Forces and the other featuring supernatural stories from urban and rural India. Katz remarks the depth of professional creativity, in terms of the population and the variances of it, is one of the reasons why Audible picked India for such an initiative.

“When I look at Neelesh's connection to the rural voices and the urban voices, I would love to find talent that's not at the top of the Bollywood food chain,” Katz adds. The Audible founder links it to how they moved the company in 2007 to the city of Newark, New Jersey, one of the poorest cities in the US, to do their bit to redistribute wealth.

In return for its investment in creators and creating new content for listeners, Katz thinks Audible will learn from the feedback loop. That will then feed its efforts in the all the other new territories it's headed into. It will even teach them how to inspire creators to do their best work. And lastly, if Audible Suno proves to be a good experience, then Indians are more likely to pay Audible for other services.

Due to that desire for quality, Katz is more worried about things like discoverability than ensuring a steady stream of new content: “I don't know if [spoken audio is] saturated as much. But whether it's Netflix or Amazon, it's not a great discovery experience on the TV. Like, how do you get through it all, and this is what we're hearing, particularly from people like documentary makers and independent filmmakers. Like, it's easier to get the things on a platform but nobody's watching.”

As for diversification with languages — none of Bengali, Marathi, Telugu, or Tamil are an option at launch — Audible is coy. (For what it's worth, Hindi and Urdu audiobooks are rolling out to premium alongside the launch of Audible Suno.) Sawlani says it's not just regional languages, but it's also regional sensibilities, cultures, and stories that need to be fully considered, thought through, and presented.

“The good news is, as we do go to these languages, the actual storytelling traditions are somewhat linguistically based and different — which is what I was learning last time [I was in India] — so the richness of it will continue,” Katz concludes. “But to have these 60 programs launching, and then lots of other episodes coming, is quite a significant effort.”