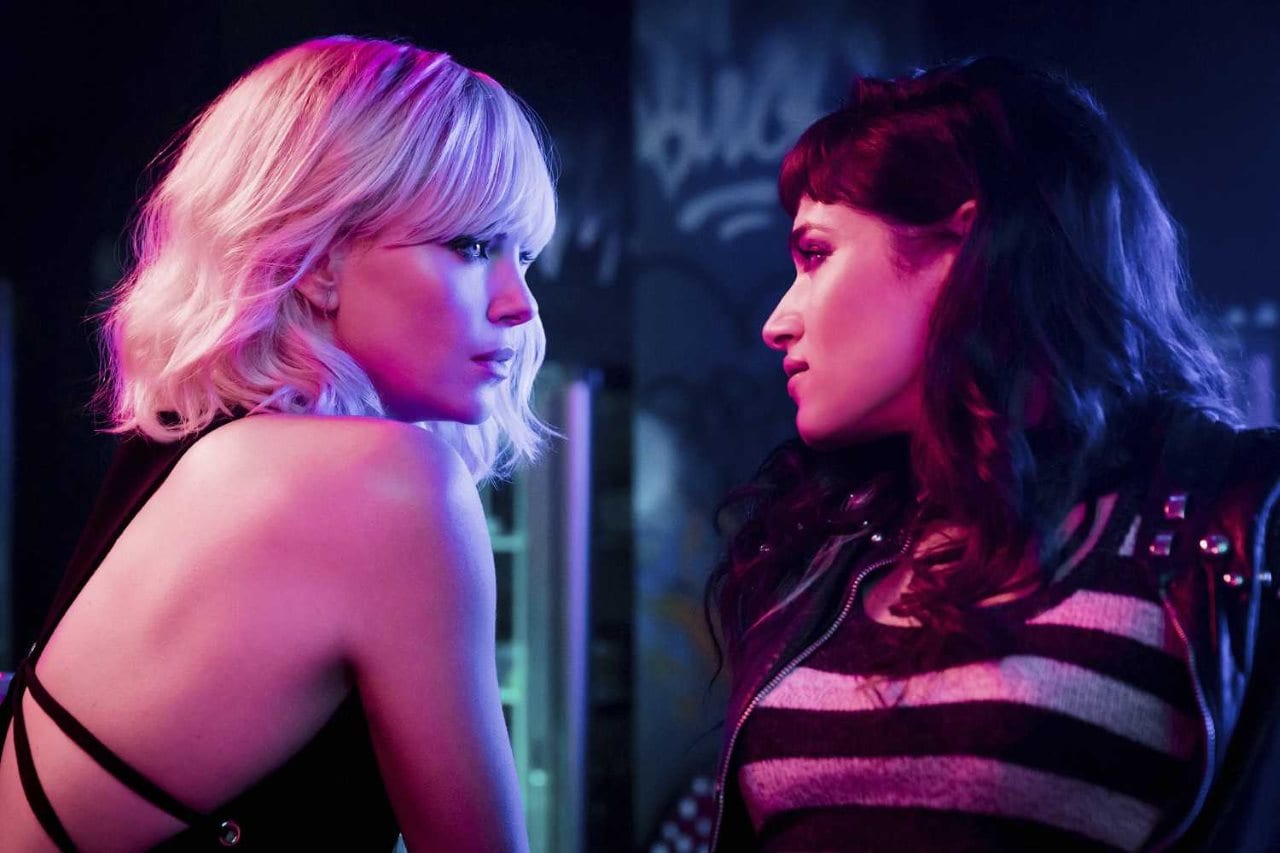 Over the weekend, the first teaser trailer for Mr. Robot season three arrived, giving us a look at Bobby Cannavale’s new character, and how New York would be changed by the actions of Elliot (Rami Malek) and Tyrell (Martin Wallström). The season begins October 11.

Later the same day, Netflix announced that it has acquired Millarworld, the comics publisher behind Kingsman, and Kick-Ass. It is the company’s first acquisition, and it gives the streaming service access to tons of new properties for future original series.

Ruth Negga (Loving, Preacher) has been cast in an undisclosed role in sci-fi epic Ad Astra, which also includes Brad Pitt in the lead. Directed by James Gray (The Lost City of Z), the film will go into production next month. There’s no release date set.

The Hellboy reboot added to its cast this week by bringing Milla Jovovich on board as the main villain, Blood Queen. David Harbour is playing Hellboy, with Ian McShane as his adoptive father, Professor Broom. There’s no release date for Hellboy either, but it’ll enter production this year with Neil Marshall (Game of Thrones) as director.

Disney announced this week that it’ll be launching its own streaming service, and end its distribution deal with Netflix in 2019. CEO Bob Iger said that it’s possible Marvel and Lucasfilm (Star Wars) films will continue to be on another platform. To get started, Disney will spend $1.58 billion to acquire a majority stake in BAMTech, which will build the platform for the media giant.

Deadpool’s Tim Miller has found his next project: it’ll be an adaptation of William Gibson’s Neuromancer. He left the Deadpool sequel after falling out with Ryan Reynolds over creative differences, and he’s now busy working on a new Terminator instalment.

The Coen Brothers have found a place for their first TV project – Western anthology series The Ballad of Buster Scruggs – and that's Netflix. The Oscar-winning duo will write, direct and executive produce the show. There’ll be a total of six stories, and they’ll arrive in 2018.

Westworld season two has added three new cast members: Gustaf Skarsgård (Vikings) as a white-collar guy, Fares Fares (Tyrant) as a tech expert, and Betty Gabriel (Get Out) as someone who’s tasked with trying to restore order. Westworld will return to air in spring 2018.

TV:
Difficult People
The third season of Difficult People – which began earlier this week – finds our struggling and jaded comedians Julie Kessler (Julie Klausner) and Billy Epstein (Billy Eichner) still hating on everyone else in New York, while remaining each other’s best friends even as they are their own worst enemies.

Picking up from season two, Julie is happy with her boyfriend Arthur Tack (James Urbaniak), while trying to navigate life without taking on more anti-depressants by engaging in meditation and ayahuasca among other things. Meanwhile, Billy is thinking of leaving New York just as he starts to fall for his first real boyfriend Todd (John Cho).

Created and written by Klausner, Difficult People’s third season – of which critics have seen five episodes – is getting great reviews from most critics. Indiewire’s Liz Shannon Miller called it a “more empathetic experience that never also fails to find the funny”.

Mr. Mercedes
Based on Stephen King’s 2014 novel of the same name – which he has described as his first hard-boiled detective book – Mr. Mercedes is the story of a retired policeman named Bill Hodges (Brendan Gleeson) being taunted by a psychopathic murderer called Brady Hartsfield (Harry Treadaway).

Created by David E. Kelley (Big Little Lies, Ally McBeal), who executive produces with King, the first season of the show – airing on AT&T-owned Audience network – will have a total of 10 episodes. The book was brought to Kelley by director Jack Bender, and it’s the first time he’s dabbled in the horror genre.

“Horror isn't necessarily my genre, but having a blueprint created for you by Stephen King certainly gives you a leg up in that arena,” he told THR. Mr. Mercedes is getting average to good reviews from most critics, who have praised Gleeson’s performance, but criticised its slow-burn.

Movies:
Atomic Blonde
From the director behind John Wick, and the upcoming Deadpool 2 – David Leitch – Atomic Blonde stars Charlize Theron as a MI6 field agent Lorraine Broughton, set on the eve of the collapse of the Berlin Wall in 1989. After a fellow MI6 agent is killed with a list that contains name of active field agents, Broughton is dispatched to find it.

Like John Wick, Atomic Blonde has garnered praise for its action sequences, which is thanks to Leitch’s long career as a stuntman. The narrative didn’t collect the same praise, but Theron’s charismatic performance is enough to carry you through.

How to access: Out in cinema halls
Time commitment: 1 hour and 55 minutes

Your Name
The highest-grossing anime film of all time, Your Name is the story of two high school children – a girl in rural Japan called Mitsuha, and a boy in Tokyo called Taki – who swap bodies. Mitsuha wakes up in Taki’s body one morning, and vice versa. As this continues to happen intermittently, both must work to adjust their lives, and build a connection by leaving notes and messages.

Directed by Makoto Shinkai – who’s been described as “The New Miyazaki”, a comparison he calls an overestimation – the film is based on a novel of the same name he wrote a month before the film’s premiere. Your Name was a huge commercial success upon release in Japan last year, and became the first anime not by Hayao Miyazaki to earn more than JPY 10 billion.

The film has received superlative reviews from most publications, and has a 98 percent fresh rating on reviews aggregator Rotten Tomatoes. It’s now available on English-language Blu-ray, though you’ll need to endure a delivery wait owing to its popularity.

How to access: Amazon US
Time commitment: 1 hour and 47 minutes

Other mentions:
If you’re looking for more streaming options, check out our Netflix guide for August. The biggest addition this week is Baahubali 2: The Conclusion, for which Netflix reportedly paid Rs. 25.5 crore.

Video games:
Hellblade: Senua’s Sacrifice
From the makers of DmC: Devil May Cry, Heavenly Sword, and Enslaved: Odyssey to the West, comes an “independent AAA” title that’s based on Celtic and Norse mythologies. The game puts you in the role of Senua, a Celtic warrior struggling with trauma and psychosis, who journeys into the savage Viking heartland.

The result is a dark, twisted, and bleak outcome about an individual’s personal voyage into a nightmarish landscape called Hel, to save her boyfriend Dillion. And throughout, voices in Senua’s head will help provide narration, flesh out the world, and even help defeat the game’s enemies.

We loved the game for its cohesive, gripping plot, solid combat that forces you to strategise, brilliant voice acting, and slick visuals. There’s no tutorial or hand-holding, so beware.

How to access: PlayStation 4, or Steam for Windows PCs
Time commitment: 7 hours