Apple TV+ Joins Streaming Wars With Oprah but No Library

While the venture counts Winfrey and Spielberg among its first wave of talent, Apple TV+ launches Friday with just a handful of original programs. 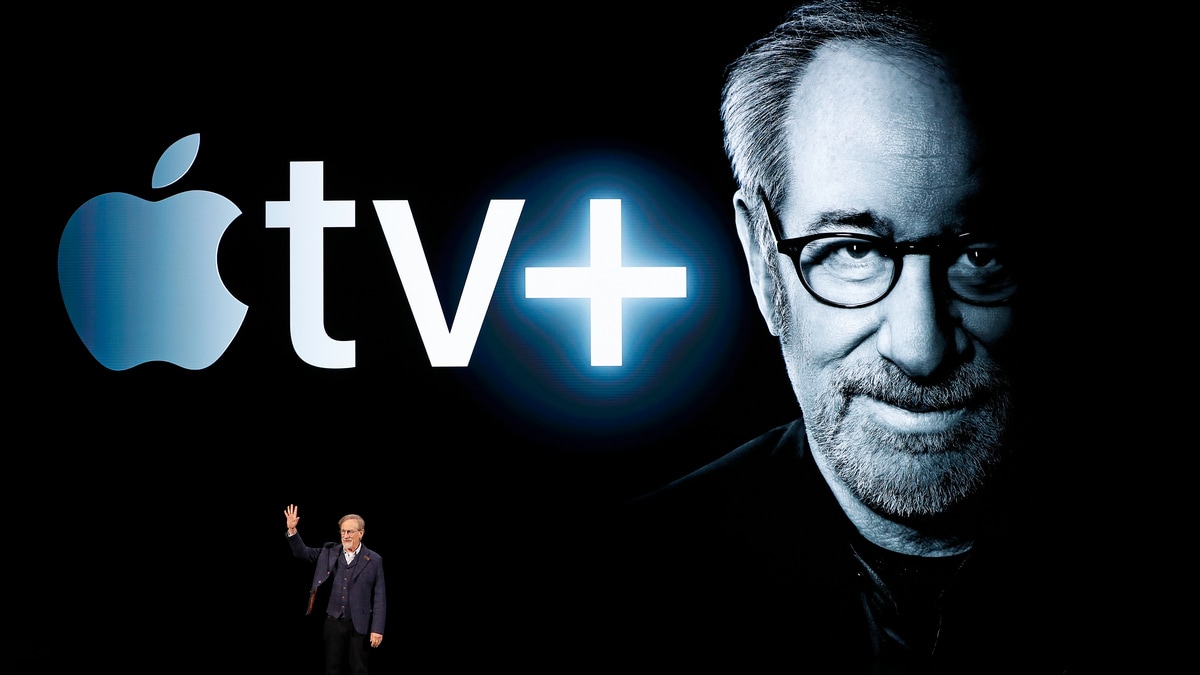 As the streaming wars near a fever pitch and viewers are targeted from every vantage point — Disney+ has the Marvel and Star Wars brands! HBO Max counters with Game of Thrones and DC superheroes! — Apple TV+ could be cast as the highly pedigreed and improbable underdog.

While the venture counts Oprah Winfrey and Steven Spielberg among its first wave of talent, Apple TV+ launches Friday with just a handful of original programs. It also lacks a warehouse of old shows and franchise films that can reliably draw nostalgic viewers and produce spinoffs, such as The Mandalorian for Disney Plus and HBO Max's newly announced Game of Thrones prequel, House of the Dragon.

Zack Van Amburg and Jamie Erlicht, the former Sony Pictures Television presidents who are heads of worldwide video for Apple, say they are undaunted by the comparisons and optimistic about the streamer's future.

"We are working with some of the most tremendously talented people we've ever met working in entertainment today," Van Amburg said, and he sees them rising to the challenge of building an enterprise in general and for tech giant Apple in particular. "There's an expression that we use here across the board at Apple: 'Come to Apple and do the best work of your life.' That's actually what we ask of everyone who comes here."

There's both opportunity and anxiety in being part of such a launch, said Kerry Ehrin, showrunner for the Jennifer Aniston-Reese Witherspoon drama The Morning Show.

"It's a huge amount of pressure, but you can't really live in that space," Ehrin said. "You drive yourself crazy ... because you start creating for, 'Oh, is this right, or is that gonna work?' instead of just creating what you find compelling and entertaining."

Aniston, who's also a producer for the series, calls it "refreshing and exciting to be a part of something that's just beginning. ... We're building it all together."

Besides The Morning Show, the service's starting lineup includes Jason Momoa and Alfre Woodard in the futuristic drama See, Hailee Steinfeld in Dickinson, a revisionist take on poet Emily Dickinson, and the wildlife documentary The Elephant Queen. Upcoming fare includes Spielberg's revival of Amazing Stories; a book-focused series and other projects from Winfrey; the psychological thriller Servant from M. Night Shyamalan, and The Banker drama series starring Anthony Mackie and Joe Morris.

A subscription costs $4.99 a month (Rs. 99 in India), with usage allowed for up to six family members. Buyers of new Apple devices such as the iPhone and iPad get the streamer free for a year. Among the competition, Disney+ (launching November 12) is $6.99 monthly, HBO Max (May 2020) is $14.99 and, among the existing services, it's as low as $5.99 a month for Hulu and $8.99 each for Netflix and Amazon Prime Video (which is included with a $119 annual Amazon Prime membership).

There are deals to be had. Buyers of new Apple devices get a free year of Apple TV+ and a seven-day trial is available without charge to all, enticements that mirror those of its competitors. For the new services, free promotions are key to building a subscriber base, while retaining them will be another challenge .

To break out from the pack, streamers are touting their wares with carnival barker-like gusto. In a presentation Tuesday for HBO Max, part of AT&T-owned WarnerMedia, executives emphasized the hits it will draw from the WarnerMedia library, including the full 10-season run of "Friends" (which it's retrieving from Netflix), and newly purchased series including "South Park."

Van Amburg and Erlicht, who in their long tenure at Sony were involved with some of the shows their competitors stream, including Netflix's Emmy-winning "The Crown," brush away concerns about being library-less. Instead, the executives stress a bonus they're offering consumers in this dauntingly prolific television age. The Apple TV app, which houses Apple TV Plus and is available on iPhones, iPads and other iOS devices, also functions as a sort of Grand Central Terminal to efficiently access everything streaming, including from competitors (to be paid for accordingly).

"We want to make it easy for the user to find all the things that they watch," Erlicht said.

Viewers, especially cord-cutters seeking to escape hefty cable and satellite TV bills, likely will be choosy. A new study found that 70% of the 4,816 respondents believe there will be too many streaming services and even more, 80%, worry the streaming habit will become too expensive to maintain, according to the findings from TV Time, a movie and TV tracking platform, and United Talent Agency's data and analytics group, which joined in the study .

According to the research firm Magid, consumers are willing to subscribe to an average of four streaming services and pay an average of $42 a month for them.

The budget for the streamers themselves? Based on reports, Apple TV+ is spending $1 billion for its first year of programming, with Disney+ at slightly under that and HBO Max budgeted for about $2 billion. By comparison, Netflix, with its deep bench of movies and buzzy original series including Stranger Things, shelled out a hefty $15 billion this year.

If Apple is serious about the service it will have to open its wallet wider, said analyst Daniel Ives of Wedbush Securities. The lack of a library is another significant drawback, one that could force Apple into the acquisition of a major studio and its creative assets as early as in 2020, said Ives. He offered a bullish prediction for Apple TV+ of possibly 100 million customers within three to four years, given its loyalists and the 1.4 billion Apple devices worldwide.

Apple, however, has long struggled to crack the TV market, said Pivotal Research Group analyst Jeffrey Wlodarczak. While it has plenty of capital to throw at Apple TV+ and a built-in consumer base, he said, it remains to be seen if its new service ultimately is among the survivors of streaming's fierce contest. Major companies can't always break into another sector, he said, citing Google's attempt to compete against Facebook with Google+.

"Just because you have a lot of money doesn't mean you're necessarily going to be successful," Wlodarczak said.