Altered Carbon on Netflix: Release Date, Cast, Episodes, and Everything Else You Need to Know 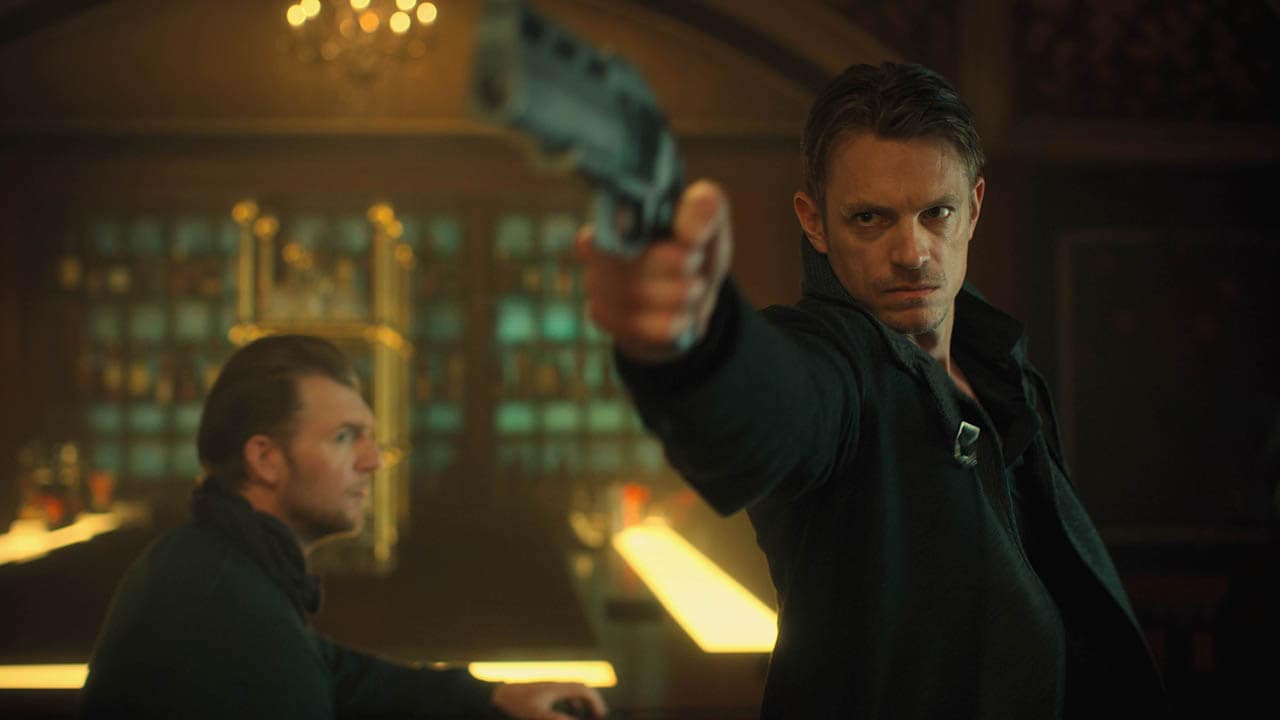 Joel Kinnaman as Takeshi Kovacs in a still from Altered Carbon

Altered Carbon – out later this week – is a new Netflix original series that merges sci-fi, cyberpunk, hardboiled, neo-noir, and romance. It looks like Blade Runner, and riffs on Ghost in the Shell thematically. Based on the first book in a trilogy by Richard K. Morgan, Altered Carbon is one of Netflix's most expensive shows, with a reported budget of $6-7 million (Rs. 38-44 crore) per episode.

The show's creator, Laeta Kalogridis, optioned the novel after release way back in 2002 with the intent of making a movie. But the novel's complex plot – there's a lot going on – and R-rated material meant the project couldn't get off the ground until Netflix came around. Seeing it as a 10-hour movie, Kalogridis was able to flesh out the story properly, and even expand on other characters and subplots.

What is the release date for Altered Carbon?

Altered Carbon is out Friday, February 2 on Netflix globally. All episodes will be available Friday 12am PT in the US, which comes out to Friday 1:30pm here in India. Here's a handy link for the rest of the world.

What is Altered Carbon about?
In the world of Altered Carbon, immortality has long been in the grasp of humanity. Consciousness now resides on "cortical stacks", a piece of metal stored at the base of your skull. Upon death, a stack can be easily removed and transferred into a new body, which is now known as a sleeve. While most individuals can afford a new sleeve at the end of their lifespan, only the very rich can avoid ageing by jumping into young sleeves from time to time.

Set in the 24th century, where mankind has settled beyond Earth, Altered Carbon tells the story of Takeshi Kovacs, a former super-soldier - known in the world of Altered Carbon as an "Envoy", a group of individuals trained in mental techniques that allow them to adapt to newer bodies faster than everyone else. But he's been dead for 250 years at the start of the show, having lost a war against those who supported stacking. He's brought back to life by Laurens Bancroft, one of the richest men on Earth, to solve a murder: that of Bancroft himself.

For more detail, check out our review of Altered Carbon.

Kinnaman is best known as group leader Rick Flag in DC's super-villain disaster Suicide Squad, a role he'll reprise in the 2019 sequel, in addition to starring in the US remake of The Killing, and the last two seasons of House of Cards. Purefoy played Marcus Antonius in the HBO series Rome, and Goldsberry was in the Broadway musical Hamilton, which won her a Tony Award. Lachman was part of Joss Whedon's Dollhouse, and has a recurring role in Agents of S.H.I.E.L.D. Essandoh starred in Django Unchained, and is set to appear in X-Men: Dark Phoenix.

How many episodes in first season of Altered Carbon?

There are a total of 10 episodes in the first season of Altered Carbon, running between 45 minutes to an hour and 6 minutes in length. Most episodes are around the 50-minute mark, with just three episodes close to or over an hour.

Who wrote and directed the episodes?
Kalogridis wrote the pilot episode, which has been directed by Miguel Sapochnik (Game of Thrones), setting the tone for the series. The other nine episodes are divided between five directors, with four of them helming two each – Nick Hurran, Alex Graves, Uta Briesewitz, and Peter Hoar – while Andy Goddard directs the longest episode of the season.

Hurran directed the season 3 finale of Sherlock, which brought him an Emmy nomination. Graves is best known for directing 34 episodes of The West Wing, and has directed six Game of Thrones episodes. Both Briesewitz and Hoar have directed episodes of multiple Marvel series, including Iron Fist, The Defenders, Jessica Jones (Briesewitz), and Daredevil (Hoar).

In addition to Kalogridis, the writers on Altered Carbon season 1 involve Steve Blackman, Brian Nelson, Russel Friend, Garrett Lerner, Nevin Densham, and Casey Fisher. Blackman wrote two episodes of Fargo season 1, and has produced the FX show alongside Legion. Nelson worked on Hulu's 11.22.63, while Friend and Lerner were producers and writers on the Hugh Laurie-starrer, House.

What's the news on Altered Carbon season 2?
Netflix has yet to greenlight a second season of Altered Carbon, but don’t let that stop you from finding out what happens to Kovacs. Morgan has already finished his book trilogy: Altered Carbon was followed by Broken Angels in 2003, and Woken Furies in 2005.

Both those novels take place away from Earth, and feature an entirely different cast of characters around Kovacs. Plus, Kovacs – being of Japanese and Eastern European descent – prefers being in a sleeve that resembles his ethnicity, which means the lead role may well be portrayed by someone else in Altered Carbon season 2.

So even if Netflix does renew Altered Carbon, it's possible that not a single actor from the first season will reprise their role, unless Kalogridis decides to alter the story and set future seasons on Earth as well.