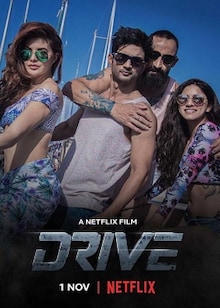 In the Drive movie, you will see Tara (Jacqueline Fernandez) is the head of the street racers gang and her two friends Bikki (Vikramjeet Virk) and Naina (Sapna Pabbi) are also part of the same. They are eyeing the 300 kg gold that is already stolen by a mysterious criminal, "King". Samar (Sushant Singh Rajput) is the undercover agent who manages to become a part of the street racer gang. This bunch of thieves decides to enter into the gang aim to Rashtrapati Bhavan and loot the black money and the gold from a corrupt bureaucrat Vibha Singh (Vibha Chibber), who is also the head of the Monetary Restrictions Authority. Hamid (Pankaj Tripathi) is the partner in crime and the right-hand man of Vibha.

It will be interesting to see whether these thieves will be able to accomplish the mission 'heist'? To find out, you can watch the movie online as Drive is now streaming on Netflix. 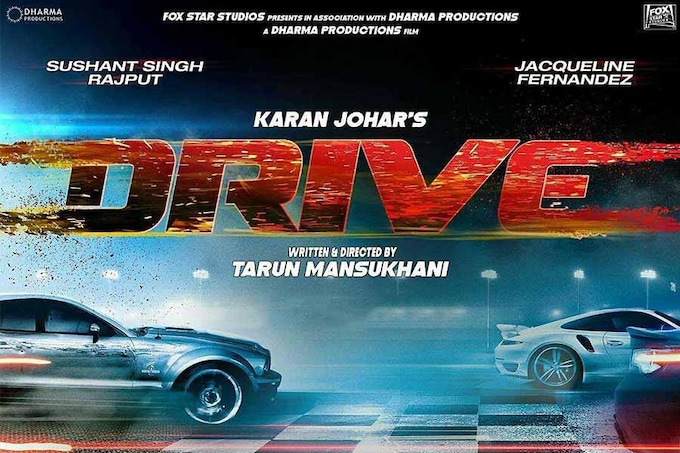 Drive is a low – budget Race 3 which was supposed to release on a big screen but due to several shifts in its release dates, the producer of the film, Karan Johar decides to release it on Netflix instead.

Drive is a story about a gang of mafias whose head being Tara (Jacqueline Fernandez), operates from a warehouse in New Delhi and they want to rob the Rashtrapati Bhawan. Then there is Samar (Sushant Singh Rajput) who, along with four crew members, executes the robbery in the most predictable way – hack CCTV cameras, enter the place and execute the robbery on an occasion when the security is the lease and runoff in sports cars. Drive also has Pankaj Tripathi and Boman Irani playing law enforcers who chase the robbers Samar, Tara and their crew. Drive has the most predictable plot of security lapses, worried cops, over-smart criminals and never-ending chases between the cops and the criminals. You can honestly watch the entire film and still, you won’t find a twist that will keep you glued to watching the movie.

If you want to desperately waste 2 hours of your life and some internet data, then you can definitely opt watching Drive but it’s suggested that you do not do it at all.

Sushant Singh Rajput and Jacqueline Fernandez starer movie Drive trailer is making the news and is one of the most awaited movies which shall release on Netlix. Go ahead and watch the Drive official trailer below.

The song "Makhna" from the Drive is now OUT. Take a look at the song below.