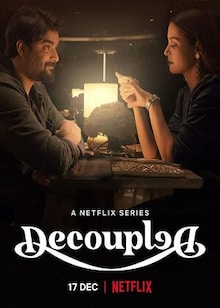 Share
Comedy
3.9 ★ 2021 Season 1 Hindi
In Decoupled, a misanthropic writer and his startup-founder wife juggle their impending divorce with the absurdities and annoyances of life in their affluent world.

Arya Iyer (Madhavan) is a man who suffers from chronic objectivity, extreme clarity and the debilitating capacity to see in any situation what others are trained to ignore. It gets him in trouble with people wherever he goes. Naturally, his marriage is over, but he has persuaded his estranged wife (Chawla) to continue living with him in a large villa in Gurgaon to create the myth of family for their tween daughter, who is terrified of their divorce.

Arya, as the second highest-selling pulp fiction writer in India, after his old foe Chetan Bhagat, is a celebrity who has everything a man wants — fame, money, a daughter who adores him, a home run by a woman and a hot young girlfriend. Yet, he is always somehow fleeing a crisis. Mining from the banal realism of daily life, Decoupled is an uncompromising comedy about the true nature of people, India and marriage. 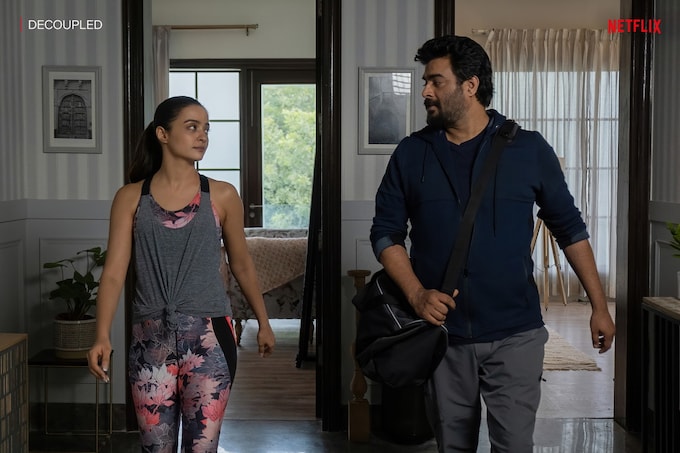