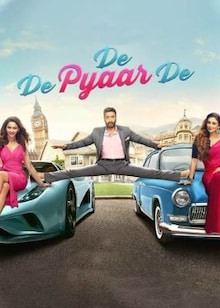 De De Pyaar De is a Bollywood romantic comedy-drama that marks the directorial debut of Akiv Ali. It has been written and co-produced by Luv Ranjan and features  Ajay Devgn, Tabu and Rakul Preet Singh in the lead roles.

While Devgn plays the role of Anish Mehra, a 50-year-old NRI businessman settled in London, Rakul Preet plays Ayesha Khurana who is a 26-year-old millennial. The two fall for each other and get into a serious relationship.

The couple decides to visit Manali to seek the blessings and support of Anish's family. However, things take a comical twist when Anish's ex-wife of 18 years decides to take the matters into her own hands. A shocking revelation to Ayesha regarding Anish's kids' ages, further fuels the fire. 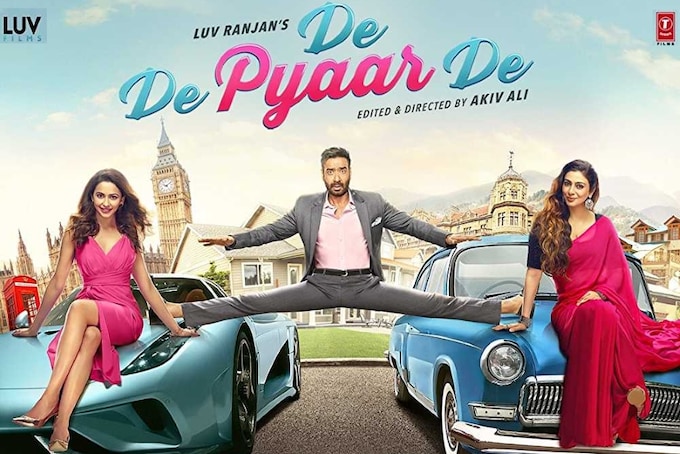 De De Pyar De Trailer has released on 1st April 2019. This is a teaser to the rom-com flick that stars Ajay Devgn,Â Tabu and Rakul Preet Singh in the lead. Watch the trailer and mark your calendars to watch it on 17th May 2019 in your nearest cinema halls.