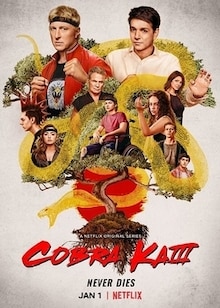 Share
Season 3
Action Adventure Drama
2021 Season 3 English 13+
Miguel is fighting for his life, leaving everyone in the valley devastated in some way or the other. Meanwhile, a few characters from the past might freshen up old rivalries.

The third season picks up after Miguel (Xolo Maridueña) slipped into a coma, and Robby (Tanner Buchanan) went missing. The unfortunate incident is affecting everyone, directly or indirectly.
While Johnny (William Zabka) has found an escape in acute alcohol consumption, Daniel (Ralph Macchio) is knee-deep in professional troubles.

All this while, Kreese (Martin Kove) maintains his philosophy of no mercy and is pitching the coma as a direct result of going soft on the rivals.
The show also brings back a few more characters from the original Karate Kid franchise here, adding up to the nostalgia. An exploration of the origin of dojos might be on the cards. 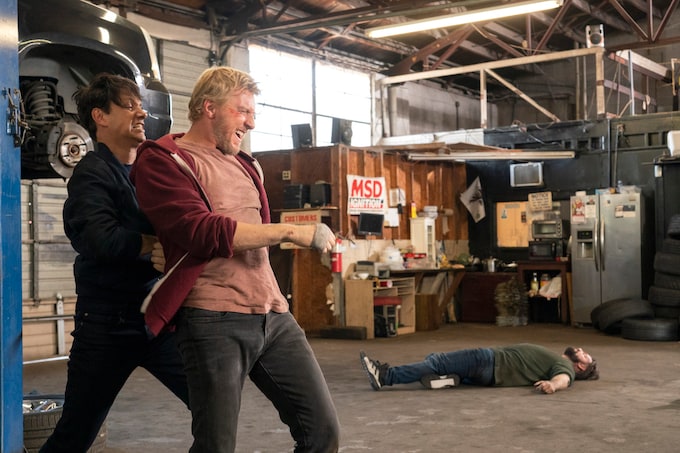