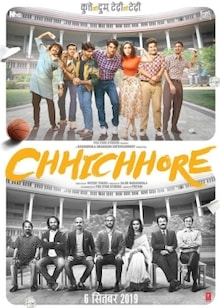 Chhichhore is a 2019 Hindi comedy-drama flick whose story is about true friends. The story of the movie revolves around a bunch of friends who were together during college days and then finally reunion on a tragic event in which Maya's and Anni's son, Raghav Pathak (Mohammad Samad) tries to commit suicide.

Set in the era of the 90's, Chhichhore where you come across raggings, friendship, forgettable lectures, college pranks, canteen romances, unusual pass times and whatnot. The friends come together when they come to know that one of them is facing crisis. The movie flows back and forth showing the present tragedy and the college days and the story keeps revolving around Annirudh (Sushant Singh Rajput), Maya (Shraddha Kapoor), Gurmeet 'Sexa' Singh Dhillon (Varun Sharma), Himanshu 'Acid' Deshmukh (Naveen Polishetty), Derek D’Souza (Tahir Raj Bhasin), Sundar 'Mummy' Srivastava (Tushar Pandey), Sahil 'Bevda' Awasthi Saharsh Kumar Shukla) and Raghuvir 'Raggie' Chalkar (Prateik Babbar). All the Anni's and Maya's friends dictate a story to Anni's son explaining how they were labelled as losers but managed to win all the hearts around. 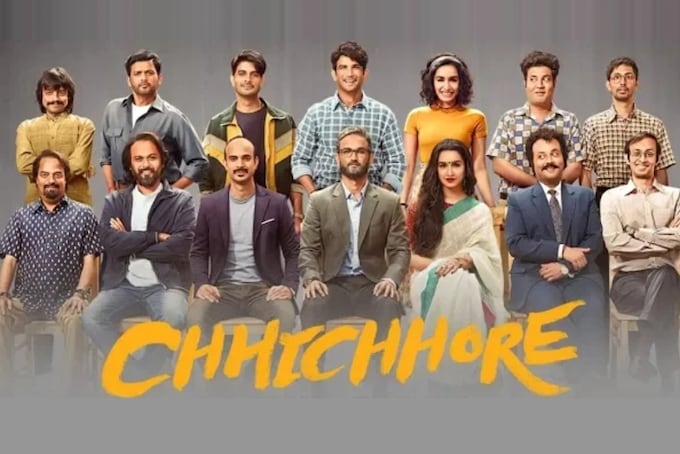 Chhichhore is a "cocktail of nostalgia". Set in the era of 90's, Chhichhore where you come across raggings, friendship, forgettable lectures, college pranks, canteen romances, unusual pass times and whatnot. All those who've been in colleges during the 90's have many things to say when it comes to today's college journey. The friends come together when they come to know that one of them is facing crises. The movies flows back and forth showing the present crises and college days. The screenplay is written with utmost perfection which is also predictable by Nitesh Tiwari, Piyush Gupta and Nikhil Malhotra. The music by Pritam keeps you glued to the storyline.

The characters that you'll witness on the celluloid, will definitely remind you of your college journey and those unforgettable friendships. Be it Varun Sharma as Sexa, Naveen Polishetty as Acid, Tahir Raj Bhasin as Derek, Tushar Pandey as Mummy Saharsh Kumar Shukla as Bevda, Sushant Singh Rajput as Annirudh and Shraddha Kapoor as Maya, all have nailed it with their prolific performances. The older version of the characters is unbelievably true to the plot. The prosthetics are bang-on. One-liners make sure you don't face a dull moment.

Watch Chhichhore to enjoy a nostalgic satisfying journey which will remind you of your college days as it is high on friendship and emotions. After watching Chhichhore, you will want to have your college buddies reunion right away.

Chhichhore trailer dropped on the occasion of Friendship Day. The trailer gives us a glimpse of the life of the lead stars and their bunch of friends when they used to be young. The trailer hints on an unusual reunion of these friends. Watch the unusual trailer below.

The music for the Chhichhore movie is given by Pritam. Songs are still awaited as we believe this shall bring us to major our college memories back fresh and live.