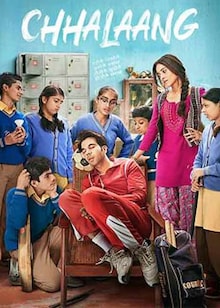 Montu (Raj Kumar Rao) is an uninspired physical training instructor who bags the job at a semi-government school through the influence of his father (Satish Kaushik). Chilling through the day, messing with his friends, and fancying Neelima (Nushrat Bharucha), the new computer teacher, form his routine. However, his world turns upside down when another PT teacher named Inder Mohan Singh (Mohammed Zeeshan Ayyub) joins the school. Not only is he more dedicated to the job but also catching Neelima’s attention. Intrigued and insecure with Singh’s persona, Montu breaks into a fight with him. But with no degree at hand, he has to return to school. He challenges Singh to three sports challenges including basketball, relay race, and cricket. With Inder having a stronger team, things get trickier for Monty. The rest of the story revolves around the training of both the teams, and the ultimate face-off. 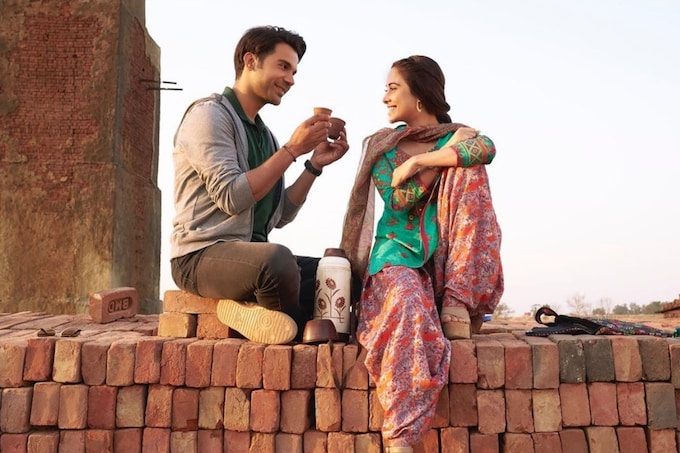 Chhalaang is a sports drama in which Mahendra Singh a.k.a. Montu (Rajkummar Rao) is an unambitious PT teacher in his own school. He faces a rigid competition with a new coach IM Singh (Mohd. Zeeshan Ayyub) and when he realises that he is on the verge of losing not just his job but also the love of his life Neelima a.k.a. Neelu (Nushrat Bharucha), that’s when he pulls up his socks and declares a sports war with IM Singh. The movie tries to show a love triangle but does not explore that part of the story too much and rather concentrates on showing the sports war between the teacher and coach. The acting of everyone is top-notch but the most highlighting part of the movie is the song ‘Care Ni Karda’ that has been composed by Yo Yo Honey Singh. All in all, the writing of the story is really good but the execution could have been better.

Take a look at the official trailer of Chhalaang movie below.