Listen Songs
5 ★ 2016 Season 1 English 18+
After discovering that he is left with just two years of life post his cancer diagnosis, a high school chemistry teacher decides to manufacture and sell crystal meth to secure his family?s future.

Walter White (Bryan Cranston), a high-school chemistry teacher has just been told by the doctors that he can expect to live for only two years, because of his recently diagnosed inoperable lung cancer.

Terrified at the idea of his family — which includes his wife (Anna Gunn) and a teenage son (RJ Mitte) who suffers from cerebral palsy — having to face monumental medical debts, he decides to manufacture and sell illegal crystal meth using his chemistry skills, and with help from his former student Jesse Pinkman (Aaron Paul).

The rest of the season follows White’s journey from an ordinary man to a drug manufacturer, who would go to any lengths to secure his family’s future. 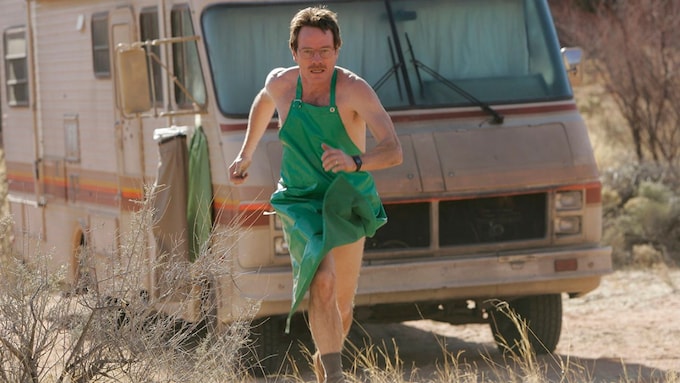