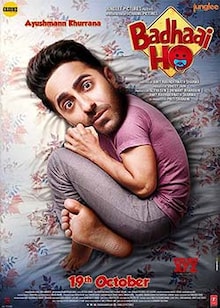 Badhaai Ho is a Bollywood comedy flick that depicts the story of a middle-aged couple who get pregnant, adding very much embarrassment to their sons.

Nakul Kaushik (Ayushmann Khurrana) is a 25-year-old youngster and who is in a relationship with his colleague, Renee (Sanya Malhotra). Nakul's father, Jeetender 'Jeetu' Kaushik (Gajraj Rao), is a middle-aged man whos works in Railways. His mother Priyamvada (Neena Gupta), is a typical middle-class housewife. Nakul has a younger brother Gullar (Shardul Rana), who is in high school. His grandmother Durga (Surekha Sikri) is a typical mother-in-law who always quarrels with Priyamvada and dominates her son Jeetu. One day over the dining table, Durga taunts Priyamvada over mangoes, and she gets upset and goes into her room. Jeetu enters the bedroom to consoles his wife and recites a poem during which they get intimate.

Bombarding happens when 19 weeks later, Priyamvada starts to get pregnancy symptoms and realizes she is pregnant. They get their pregnancy checked, and then Jeetu suggests Priyamvada abort the child, which she finds sinful. Jeetu then announces Priyamvada's third pregnancy to his mother and two sons. Both the sons get embarrassed and start avoiding their parents, friends, relatives and society.

The news becomes viral, and people start making their fun. Nakul also begins to avoid Renee thinking how she might react after hearing about his parent's pregnancy. It would be interesting to see how far this journey would go. 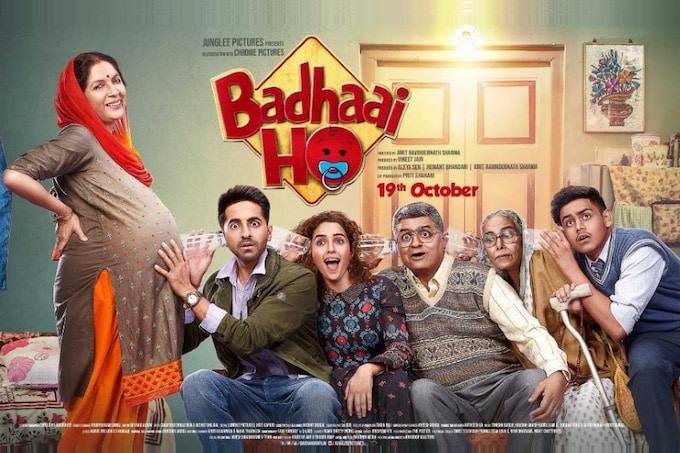