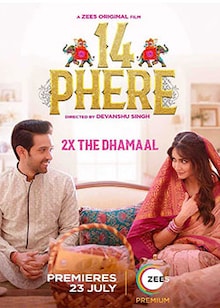 14 Phere is a new social drama-comedy Bollywood film that has been directed by Devanshu Singh and is written by Manoj Kalwani. It stars Vikrant Massey and Kriti Kharbanda in the lead roles and alongside Vinay Pathak, Gauahar Khan, Vineet Kumar and Yamini Das as supporting characters.

The shooting of this film began in Mumbai on 26th November 2020 and wrapped up in January 2021.14 Phere has been produced and distributed by Zee Studios and has premiered on July 23, 2021, on the famous OTT platform, Zee5.

The storyline revolves around the love story of Sanjay, a Rajput from Jahanabad and  Aditi, a Jat from Jaipur. Both of them belong to orthodox families who support honour killings. Determined to marry each other nevertheless, the couple comes up with a unique plan of introducing a fake set of parents with each other's families. What follows is a trail of hilarious dialogues, comic episodes, misunderstandings, and tonnes of drama. 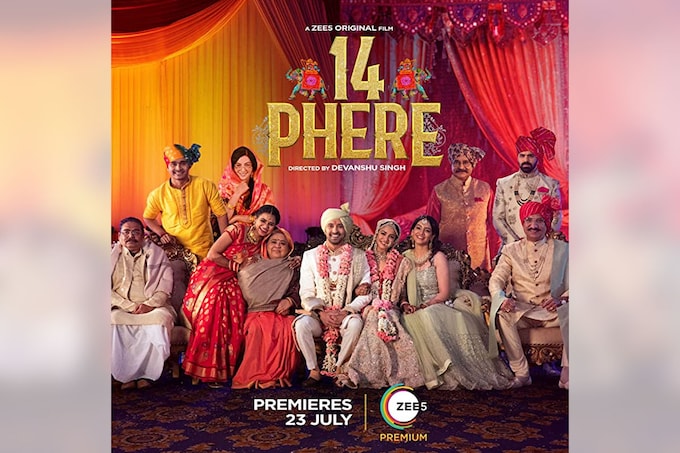 The trailer of 14 Phere revolves around the main characters Sanjay and Aditi who meet in college. They eventually fall in love and after dating each other for a few years, they move in together and they eventually decide to get married. They soon realise that for the wedding to happen they have to convince their respective parents who are completely against love marriage. For the wedding to happen, they hire theatre artists to play to act as their parents which means that they will have to get married twice. This eventually leads to a lot and confusion and the 14 Phere trailer shows it as laughter chaos. The 14 Phere trailer does look like this movie is definitely going to be a complete entertainer. Wait no more and watch the official 14 Phere trailer below.

Take a look at the song of the 14 Phere below.