iNaturalist Is the App Every Wildlife Observer Needs 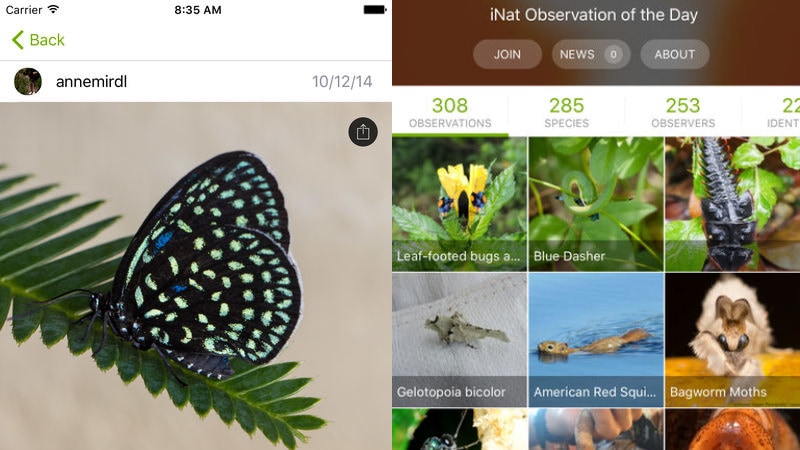 If you notice a lot of different types of flowers, trees, birds, or animals around you and you want help identifying them, you might want to check out iNaturalist. It’s a website dedicated to this with apps on Android and iOS that make it super easy to help you identify the flora and fauna around you. We’ve already written about birding apps that everyone can use, but iNaturalist is not limited to birds and it’s free. This makes it very appealing to nature lovers.

A Beginner's Guide to Birding Gear

iNaturalist’s website has a trove of information but its app is the reason why most people should start using it. The app lets you click or upload photos of flora and fauna, after which it tries to identify the species through image recognition, and it's surprisingly good at this. We’ve tested this feature extensively and found the results to be really good. We’ve uploaded pictures of lots of birds, flowers, and trees and in most cases iNaturalist was able to offer either an accurate identification of the species, or at least the family it belongs to. We uploaded a picture of a crow and it was able to tell that the bird belongs to the “Crows and Ravens” category. With the picture of a hibiscus, it identified the flower and the first suggestion it offered was that of a Chinese hibiscus — our picture looked exactly like that and we were able to identify the flower thanks to iNaturalist.

This is the app’s greatest strength. iNaturalist helped us identify many pictures of flora and fauna we’d taken without knowing the exact names of the species and we’re very sure that it’ll help most amateur observers. However, there's also a strong social feature that makes it even better. When you sign up, the app asks whether you want to let others use your pictures under a Creative Commons licence, which allows your pictures to be used for research work. This is another aspect of the platform that we like. But aside from that, even if the app can't identify your clicks, other members of the community will be able to help you out, and there are enough users in India that you will get some responses.

Once you click a picture and identify it, you can share it on the site and discuss your findings with other members of the community. Unfortunately, the discussion part of things is not entirely supported on the app. The iNaturalist app allows you to see observations around your location, or to search for photos by location or species. You can then go and agree or disagree with other people’s identification of pictures, or even comment on them. However, most of the community interaction takes place on the website, which is a disappointment.

Each observation is graded on a scale of casual, needs ID, or research. If you upload a picture and mention that the observation was of a captive or cultivated species, then it’s marked as a casual grade observation. If it’s an observation in the wild, then it’s marked as “needs ID”. Now, if enough people agree with the identification, then it’s marked as research grade and the picture can then contribute to scientific research. While research grade might sound like a high bar, it's really just looking for images that are identifiable. You don't need a high quality camera to take shots, although you could upload those if you wished. But even photos taken with a low-end Android camera - on a Xiaomi Mi Max 2 - were able to make the cut, so a half-decent smartphone is all you need.

The iNaturalist app lets you add photos to projects, thereby aiding research oriented work. You can check out all observations of frogs spotted in the Western Ghats, for instance, and add your own to them. You can check out projects near your location and add to them easily via the app. We did find lots of projects near Mumbai and saw that they were incredibly detailed.

The app also has a bunch of guides for you to better identify species. Most of the India-based guides were lacking in much information, but some of the US-based ones were really good based on our observations. The Indian guides were comparatively generic, and had information on very few species, whereas the international ones were far more detailed.

iNaturalist is exactly the kind of app that’ll turn casual observers into hardcore wildlife enthusiasts. It’s easy to use and makes it very easy to identify flora and fauna, and its community oriented aspects help people contribute to research as well. There’s not much more an app targeted at beginners could do. We do feel that the app needs to integrate more of the website’s features and it should be a standalone product rather than a companion. While iNaturalist is amazing, it’s not the be all and end all of wildlife observation. It is instead a fantastic starting point and will definitely encourage people to find in-depth guides online or offline to know more about nature.

iNaturalist is available as a free download on the App Store and Google Play.