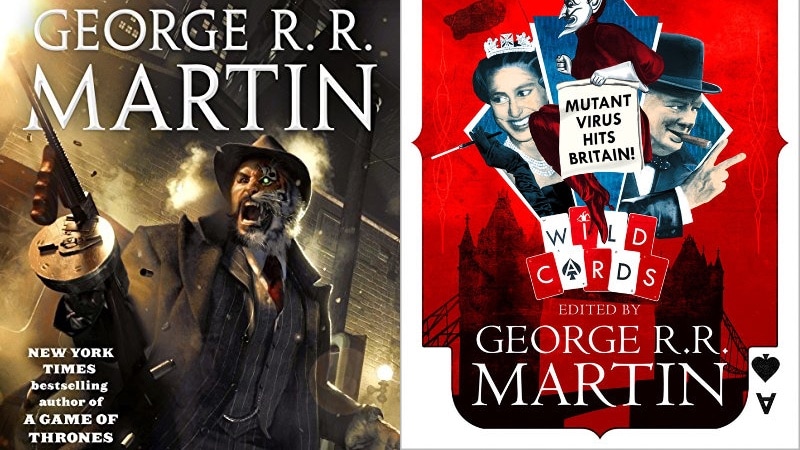 This month features new book releases from some of the biggest names in the world of science fiction and fantasy. The list includes George R. R. Martin, Terry Brooks, and Jim Butcher. Before you ask, Martin’s new book is not Winds of Winter and it doesn’t have anything to do with Game of Thrones. Here are the best science fiction books releasing in June 2018.

Brief Cases by Jim Butcher
Jim Butcher is known for The Dresden Files series, which tells the story of Harry Dresden — Chicago’s first and only wizard private investigator. A series that’s been going on for nearly two decades now, The Dresden Files is getting a new book called Brief Cases. This book is a collection of the best short stories from the Dresden universe and it is the sequel to Side Jobs. The Dresden Files series comprises several standalone books but many of these books reference previous books a lot, so you might want to catch up with other books in the series before you pick up Brief Cases, which is scheduled to be followed up with another anthology titled Peace Talks.

Wild Hearts: Knaves Over Queens and Low Chicago - edited by George R. R. Martin
George R. R. Martin has been credited for various books recently and none of them are named Winds of Winter. The latest books bearing the name of the Game of Thrones creator (A Song of Ice and Fire, for the book-only people out there) are Wild Cards: Knaves Over Queens and Low Chicago.

Martin is the editor of this book, a part of a series he’s been closely associated with since the first volume was published in 1986. Knaves Over Queens is a compilation of the entire history of the Wild Cards universe starting from 1946 to the present day. Low Chicago is a fresh novel in the series featuring a gang of criminals armed with time travel, who threaten the stability of the world.

The Skaar Invasion by Terry Brooks
Terry Brooks is a well-known name in the world of fantasy books. He’s written many series of fantasy novels, with the Shannara series being one of the most popular with over 30 books. The Skaar Invasion is the second book in the four-part The Fall of Shannara series. In this book we learn more about the mysterious force that destroyed Paranor and find out that it’s not as mysterious after all. The Four Lands is in grave danger as the force that attacked Paranor is being followed by a much vaster, hostile army.

Which book are you looking forward to? Let us know via the comments.