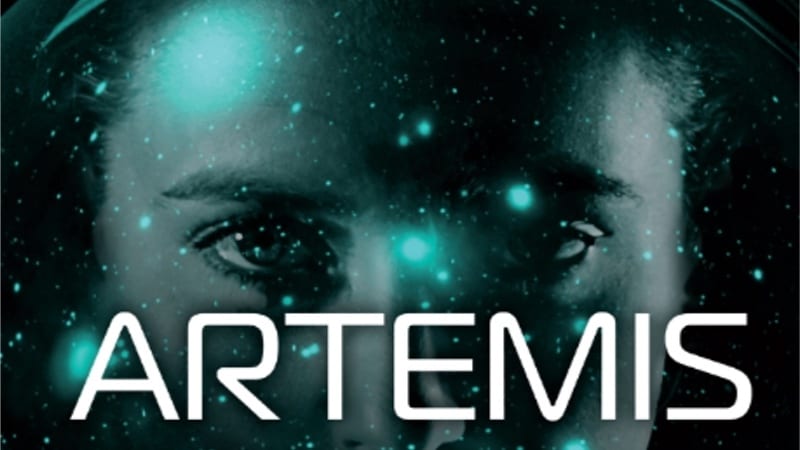 1. Artemis by Andy Weir
Andy Weir’s Artemis is definitely not as good as The Martian, but it’s still a very enjoyable read. We really loved the science-y bits of this movie that takes place in the near future where humans have created one city on the Moon. In Artemis, the characters aren’t very strong but the world itself is quite fascinating. Read this for the setting and pacy story, but not for character development.

2. Persepolis Rising by James S. A. Corey
James S. A. Corey is the pen name of the two authors who collaborate to write The Expanse series of books. In case you’re curious, the authors’ names are Daniel Abraham and Ty Franck. Persepolis Rising is book number 7 that released in December and it was well received by fans of the series. Now that there’s also a TV show for the series, its popularity is at an all-time high. Persepolis Rising, where humanity has expanded to 1000 solar systems, is a strong entry in the saga, one that begins to set up its endgame.

3. Binti Home by Nnedi Okrafor
If reading long books is not for you, the Binti series will definitely be appealing. Binti and Binti Home are both novellas, which means that you can finish them a lot faster. With a protagonist from Africa who’s a brilliant mathematician, Binti Home tells the story of her return to Earth. The story takes a rather dark turn in this book and we definitely enjoyed it regardless.

4. Collapsing Empire by John Scalzi
Looking for a light science fiction read? Collapsing Empire might just be what you want. The author, John Scalzi, is back with his trademark humour even though the book is set in a different universe. The author is famous for the Old Man’s War series, which tailed off a bit after the first book. In Collapsing Empire, Scalzi tells the story of those who try to save humanity from being cut off from the rest of the galaxy.

5. Waking Gods by Sylvian Neuvel
This is the second book in the Themis Files series, with Sleeping Giants being the first one. We love science fiction books that have detailed world building and the plot of this series revolves around a gigantic metallic hand that the protagonist accidentally discovers. Advanced alien technology, giant machines battling each other, and a team of humans battling to save the species from extinction — that’s enough of a recommendation, in our humble opinion.

6. Seven Surrenders and The Will to Battle by Ada Palmer
It’s not often that you get two books of a trilogy in the same year, but then 2017 has been that kind of a year. Ada Palmer’s much-loved book Too Like the Lightning got two sequels to complete the Terra Ignota trilogy in 2017. The setting is quite intriguing as it talks about how factions called The Hives have managed to maintain centuries of peace on Earth. These two books show the collapse of that society and reveal the dark secrets of The Hives, and both are well worth a read.

Buy: Seven Surrenders, The Will to Battle

7. Provenance by Ann Leckie
We first read Ann Leckie’s work when we picked up the Imperial Radch trilogy (Ancillary Justice, Ancillary Sword, and Ancillary Mercy). Her 2017 novel Provenance is definitely worth reading if you liked her writing style in the aforementioned trilogy. Provenance is the story of a young woman who wants to regain lost artefacts but the thief who stole them has to be rescued from a prison planet.

8. For We Are Many and All These Worlds by Dennis E. Taylor
Here’s another series with two books releasing in the same year. Didn’t we just tell you that 2017 has been that kind of a year. Dennis E. Taylor’s Bobiverse got two new books — For We Are Many and All These Worlds. It all started with We Are Legion, where Bob Johansson was looking forward to a life of leisure after selling his software company, but he dies in an accident and a century later, finds himself being the controlling AI in an interstellar probe looking for habitable worlds. The next two books expand the series very well by chronicling humanity’s struggle for survival in the galaxy.

Buy: For We Are Many, All These Worlds

Which are your favourite books of 2017? Let us know via the comments.