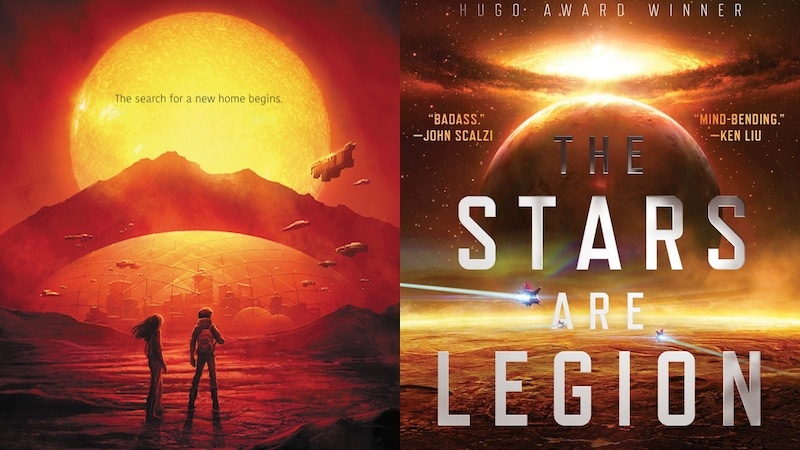 If you love reading science fiction, this is the right place to be. February 2017 has some super exciting book releases lined up, starting with Neil Gaiman’s Norse Mythology that’s due to release on February 7. Other books releasing this month we're looking forward to include far future space operas, and even a Star Wars novel. Here are the most exciting SF books releasing in February 2017. Some of these books are already listed on Amazon India, but others are only up for pre-order on Amazon US. However, books ordered on Amazon US can also be delivered to India.

1. A Perfect Machine - Brett Savory
A Perfect Machine’s summary got us excited about the book. It describes a world where there are two groups of people - Runners and Hunters. The latter must chase and destroy the former. Runners’ goal is to achieve full body lead content and if they manage that, they achieve ascension. If either party doesn’t participate, their loved ones disappear mysteriously. It promises to be a fast-paced SF adventure and we’ll see if it lives up to its billing.

2. Norse Mythology - Neil Gaiman
The name of the author alone is enough to convince most people to pick up this book. Neil Gaiman’s Norse Mythology is the story of gods and their worlds, and how they try to dupe each other. It takes familiar characters such as Thor, Odin, and Loki, and weaves a novel-length tale. Gaiman's storytelling prowess established itself all the way back in the late 80s with Sandman, and we can’t wait to read this book.

3. The Stars Are Legion - Kameron Hurley
Kameron Hurley’s The Stars Are Legion is the story of a mass of decaying “world ships” travelling in the seams between stars. The fate of these ships depends on the lead character, who wakes up with no memories. Soon she’ll be forced to take a decision on whether to save Legion or to destroy it. We’re always up for reading exciting space operas and this one seems exciting.

4. Last Day on Mars - Kevin Emerson
Kevin Emerson’s Last Day on Mars is set in the year 2213, after our Sun mysteriously goes supernova and destroys Earth in the process. The last of humanity is on Mars, preparing an interstellar expedition to a distant star in a final bid for survival. The lead characters are desperately trying to finish their research as they rush to catch the last ship to leave Mars. What they find will change the future of humanity.

Ready Player One Is an Awesome Science Fiction Book for Nerds

6. Seven Surrenders - Ada Palmer
Seven Surrenders is the second book in the Terra Ignota trilogy, which began with Ada Palmer’s Too Like the Lightning. This is a political science fiction book set in a utopian future (25th century and beyond). This book has society on the verge of collapse and a new factor to deal with - a child who can bring inanimate objects to life.

Which science fiction books are you looking forward to reading in February 2017? Which of our picks from January 2017 did you read? Let us know via the comments.