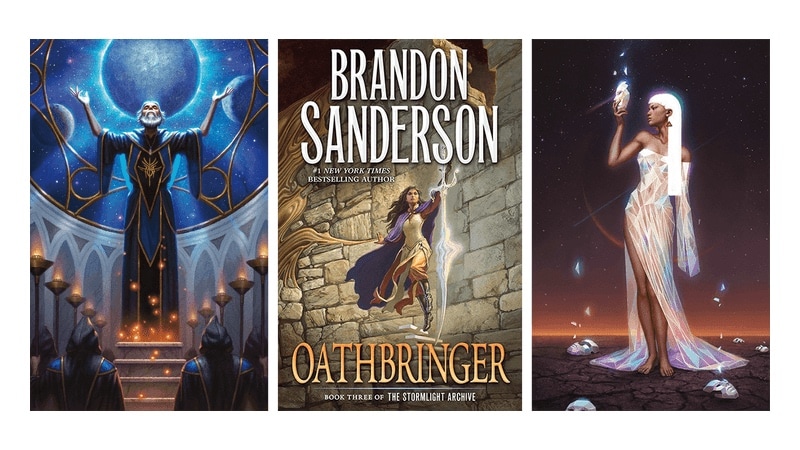 It’s hard to match the amazing science fiction books that released in October 2017, but there are plenty of good ones releasing in November as well.

New releases include books by Chinese science fiction master Cixin Liu as well as epic fantasy king Brandon Sanderson, and that should be enough reason to cheer for most bibliophiles. We’ve handpicked the best books releasing soon, and here’s what you can look forward to in November 2017.

Terminal Alliance by Jim C. Hines
Jim C. Hines’s body of works includes retellings of fairy tales, modern-day fantasy, and even comedy (the Goblin Quest Trilogy). Terminal Alliance falls under the science fiction genre and the premise is quite interesting. An alien species called the Krakau comes to Earth to invite humans to an inter-galactic alliance.

Unfortunately the species arrives after a plague kills most humans and turns the rest into zombie-like animals. The Krakau decide to try and fix humanity, and a century later they’re just pleased that humans are no longer trying to eat every alien they come across. Soon a crew of humans in a Krakau ship stumbles upon a conspiracy that could threaten the alliance.

Deadhouse Landing by Ian C. Esslemont
The Malazan Book of the Fallen series by Steven Erikson is among the best epic fantasy works ever written with 10 books full of incredible characters, amazing storytelling, and a high body count. Ian C. Esslemont is the co-creator of the series and now he’s writing a series of novels to expand the Malazan universe.

Deadhouse Landing is one of these books, the second in the Path to Ascendancy prequel series. This book tells the story of Kellanved, Dancer, and Li Heng reaching Malaz Island and planning to take it over with the help of fleeing Napans. These plans go wrong soon enough, and Kellanved develops an obsession with an Elder mystery known as Deadhouse.

Oathbringer by Brandon Sanderson
Oathbringer is the second epic fantasy novel in our list for November and it is looking incredibly promising right now. The third book in Brandon Sanderson’s The Stormlight Archive series (a word of warning - each book is a doorstopper that's over 1,000 pages), Oathbringer takes the story of the fight between Voidbringers and the Knights Radiant forward.

How do we know it’s good when the book hasn’t released yet? If you can’t wait for Oathbringer’s release, you can already read nearly 30 chapters for free on the publisher’s website. We’ve been doing just that and it’s just as engrossing as The Way of Kings and Words of Radiance. There are lots more secrets in the world of Roshar that are revealed in this book, so prepare yourself for another excellent ride.

Artemis by Andy Weir
Andy Weir is best-known for writing The Martian, a science fiction book that turned into a Hollywood blockbuster. He’s back with a new novel called Artemis. The book is named after a city on the moon, where life is tough for most people. The lead character, Jazz, finds an opportunity to commit the “perfect” crime, with a lucrative reward in tow that could help her escape her crippling debts. Things take a rather drastic turn when Jazz realises that she’s been sucked into a conspiracy to control Artemis and her only way to survive is to take an even bigger risk.

Ball Lightning is the story of Chen, whose parents were incinerated by a blast of ball lightning. He decides to investigate the phenomenon and stumbles onto a new frontier of particle physics. Soon, Chen gets tangled with dangerous people with no concept of ethical considerations.

Which books are you looking forward to in November 2017? Let us know via the comments.

Nokia 2 Launched in India With 2-Day Battery Life: Live Updates
Is VR the Future of Content? Here's What Netflix and Dolby Have to Say