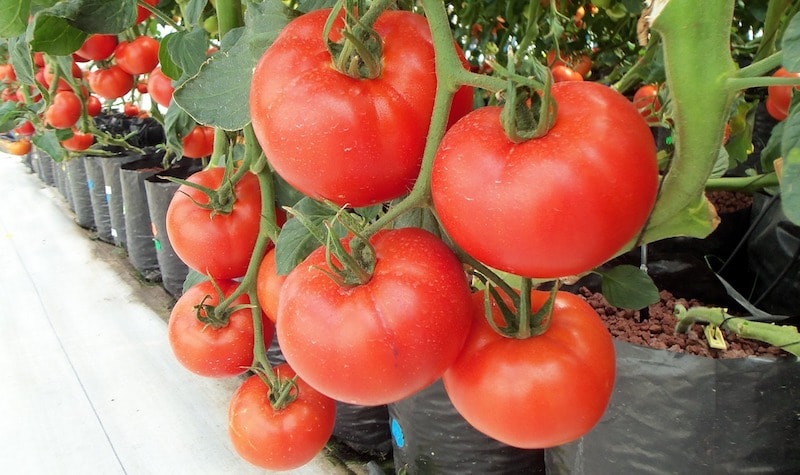 Given a chance, would you rather buy vegetables from the market or grow them in your own backyard? The most common answer from those living in cities is likely to be: "what’s a backyard?" The lack of space means that for a large number of people living in cities, even the idea of growing your own food is inconceivable. A number of urban farming startups across India are now promising to solve just that problem.

Even if you live in a crowded city, you are likely to have some vacant space in the terrace or balcony. If not that, there’s always some space on window grills. For urban farming startups, this is prime real estate. Kaustubh Khare, co-founder of one such startup - Delhi-based Khetify - says, "We have an estimated 16,000 square kilometres of unused rooftop space in India. If we can turn 10 percent into farms, there’s a big opportunity." The company customises its offering, and the cost involved depends on the size of your plot, though it starts at Rs. 10,000 for 5 khets in a 20 square feet balcony area.

For some, innovation is about processors and pixels. For others, it comes down to a simpler way to do things. That's what the urban farming startups want to do. If you’re wondering how you can grow your greens on terraces, each of the startups Gadgets 360 spoke with offers an all-in-one crate that helps you get started. These have been designed so that you don’t have to do much apart from watering the plants once in a while, and these startups even offer maintenance services in return for a fee.

At home, organic, and easy
Hyderabad-based Homecrop says it was inspired by the Cuban form of agriculture. Following the collapse of the Soviet Union, Cuba faced a serious food shortage as it used to import a large portion of its food from the USSR. This led to the rise of urban farming in Cuba and since the country didn’t have access to fertilisers and pesticides, most of its food production became organic.

"We currently provide a (farming) kit for terraces," says Homecrop’s Manvitha Reddy. "These use coco peat instead of soil. It helps roots grow faster and you don’t have to replace it every six months." Homecrop’s farming kits have a green canopy to protect plants from harsh sunlight and rains. "Before germination you’ll have to water the plants at least once a day and after germination you just have to water them once every three to seven days," she adds, highlighting that these farming kits don’t require too much water.

We have an estimated 16,000 square kilometres of unused rooftop space in India.

Pricing starts with a basic kit that is 15 square feet in size, with which you can grow four types of vegetables at once. It'll set you back by Rs. 7,500, and includes the basic service package, otherwise priced separately at Rs. 1,000, giving you phone, mail, and WhatsApp support, and two on-site visits. If you need more handholding, there are more expensive packages as well.

You still need a minimum of four square feet of space in your terrace to start growing food. If you don’t have access to that then perhaps Mumbai-based iKheti’s products might interest you. Priyanka Amar Shah, iKheti’s founder, says, “You can grow lemon, chilli, curry leaves, among other things on window grills. For those who are new to this, we always suggest that they start by growing microgreens.”

Shah says you can grow microgreens on a kitchen slab and they have high nutritive value as well. iKheti also provides crates for people to start growing food in their balconies and terraces. Packets of seeds typically go for Rs. 50, while the DIY kits will set you back by around Rs. 600 to Rs. 1,000 per square foot.

However, many people in Mumbai don’t even have that much space in their homes. Every city has certain such unique challenges and that is why it is hard to scale this kind of a business. Homecrop is currently operating only in Hyderabad and plans to expand to Chennai and Bengaluru. iKheti operates in Mumbai and its outskirts, and Pune, while Khetify is limited to Delhi.

Tele-farming techniques
Khetify’s Kaustubh Khare says scaling and replication is a difficult problem to solve. He says each city has unique weather patterns and housing spaces. "We also have a resource map for all the pests that threaten every plant in Delhi-NCR," Khare says. Even this can differ from city to city, which means that it’s difficult to make a one-size-fits-all model that a company can replicate everywhere.

The biggest challenge for terrace and balcony gardens is seepage. Over time, water stagnation tends to weaken building structures and by the time this visible through signs such as dripping ceilings, the damage is already done. Khetify says its “khet” (farm) boxes use drip irrigation to avoid this problem. Similarly, the other startups also say they take precautions to ensure that water doesn’t stagnate on roofs or balconies.

You can grow lemon, chilli, curry leaves, among other things on window grills.

Maintenance is another problem that keeps people from getting into growing food. Khetify solves this problem by bundling a maintenance service for a year. “We have a WhatsApp group for customers. If there’s any problem with the plants, they can send us a picture and we can diagnose 85 to 90 percent of the problems just by looking at the picture,” Khare says, adding that monthly visits to check people’s plants are also included in the service.

Homecrop is also using technology to enable farming in much the same way - long distance checkups and advice happens via calls, mails, and WhatsApp, while iKheti allows you to schedule consultations via the website for kitchen gardens, composting, or both.

Many barriers to entry
Bengaluru-based Greentechlife has been in this business since 2009, and its journey has been different from the other, younger startups Gadgets 360 spoke to. "The kind of agricultural practices we follow [commercially] are destroying the planet," says Greentechlife founder Arijit Mitra. "I wanted to change that [when I started Greentechlife]." He argues against the use of NPK fertilisers in farming, claiming that this makes vegetables taste the same throughout the year, as opposed to some vegetables tasting slightly different in the winter or summer, at the cost of the health of the produce, and the people eating it.

However, Mitra isn’t too optimistic about this business. "Food growing is not the next big startup story. It’s not the next Facebook," he tells Gadgets 360. "There are many barriers to entry. Plants need at least six to eight hours of sunlight to grow and most Indian cities aren’t designed to accommodate that," he says, referring to how several buildings are too close to each other, leaving little or no sunlight for several homes.

Mitra says Greentechlife sells a "plug-and-play" device that’s designed so you only have to water it six to eight times a year. However, the company has managed to sell only around 50 of these "smart gardens", he says. Instead, a product called Smartbin, a dustbin that helps you compost your waste, is what has kept the company in business. However, it is the most expensive product we came across - a single 16.25 square foot trough (which comes bundled with all the different things you'll need, from hardware to guides, to the substrate the plants grow in, along with lifetime support) costs Rs. 20,680.

The kind of agricultural practices we follow [commercially] are destroying the planet.

In fact, although this is perhaps the most expensive option, just about all the urban farming kits are quite expensive. Most of these startups’ farming kits cost at least Rs. 600 per square foot. That means that you’re looking at a large initial expenditure if you want to grow around 10kg of vegetables every week.

iKheti’s Priyanka Amar Shah says the company has found it easier to convince housing societies to cooperate and share the expenses and the produce. When you split the cost between a few households and each household gets to use the produce for one week every month, the investment starts to look like good value.

Another challenge is that if you’re thinking that you can just buy these farming kits and that the plants will maintain themselves while sending regular supplies of vegetables to your fridge, you may have to revise your expectations. While you only need to water the plants every day, but you will definitely have to check on the plants every day to see if they’re healthy. Sure, these startups will help you maintain the gardens but as Shah puts it, “You have to take care of the plants. They’re living things after all.”