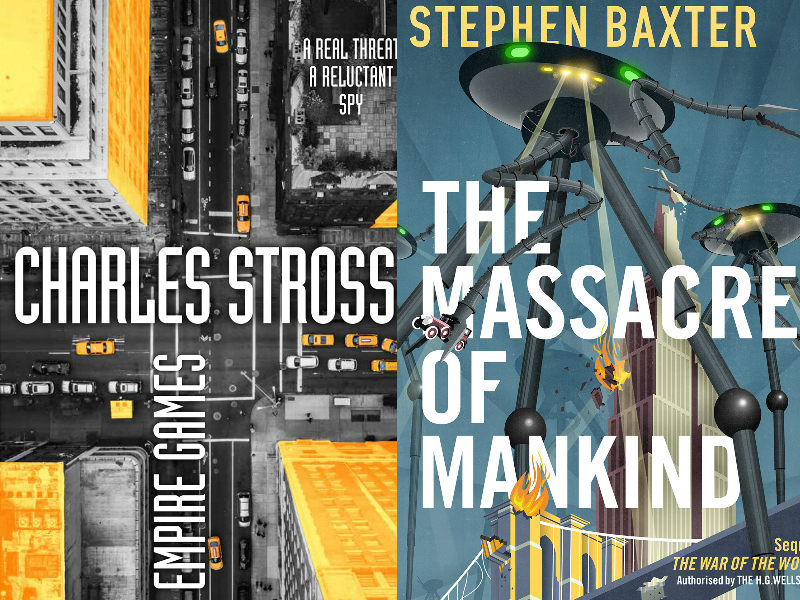 It looks like 2017 is going to be a good year for science fiction. A bunch of great new books are going to be released in the coming year, with January itself bringing in some exciting releases. With new books from authors such as Stephen Baxter and Charles Stross coming in January 2017, there's a lot to look forward to. Here are four books that we are most excited about.

The Golden Gate
Robert Buettner is the author of the Orphan's Legacy science fiction series and his next book is a sci-fi murder mystery. The plot of The Golden Gate involves a journalist and a war veteran racing against time to solve the mystery behind the murder of a man, who may have invented a way to be immortal. The secret they discover has cosmic implications.

Star Wars Han Solo and Star Wars Catalyst
There are two new Star Wars books coming in January. Our first pick is a comic book for young Star Wars fans. The series is best known for all of its movies but there are a bunch of fun books you can read too. Star Wars: Han Solo promises to be a fun side story in that universe, where everyone's favourite space pilot participates in the biggest starship race in the galaxy. If you'd rather read something geared towards adults, Star Wars Catalyst is a nice prequel to Rogue One that you might be interested in.

Empire Games
Charles Stross, writer of cyberpunk gems such as Accelerando and the Merchant Princes series, has a new book called Empire Games up for release. It's set in the year 2020 and the plot uses alternate timelines to link plot elements. From the description the book sounds like nuclear powers wrestling for victory in a Cloud Atlas-like setting and that sounds like a lot of fun.

Which books are you looking forward to? Let us know via the comments.