Wimbledon-Winning Moment of Andy Murray Auctioned as an NFT, Fetches $177,777

The buyer of Murray's Wimbledon NFT will not own the copyright of the video, but will receive a small digital screen to display it on. 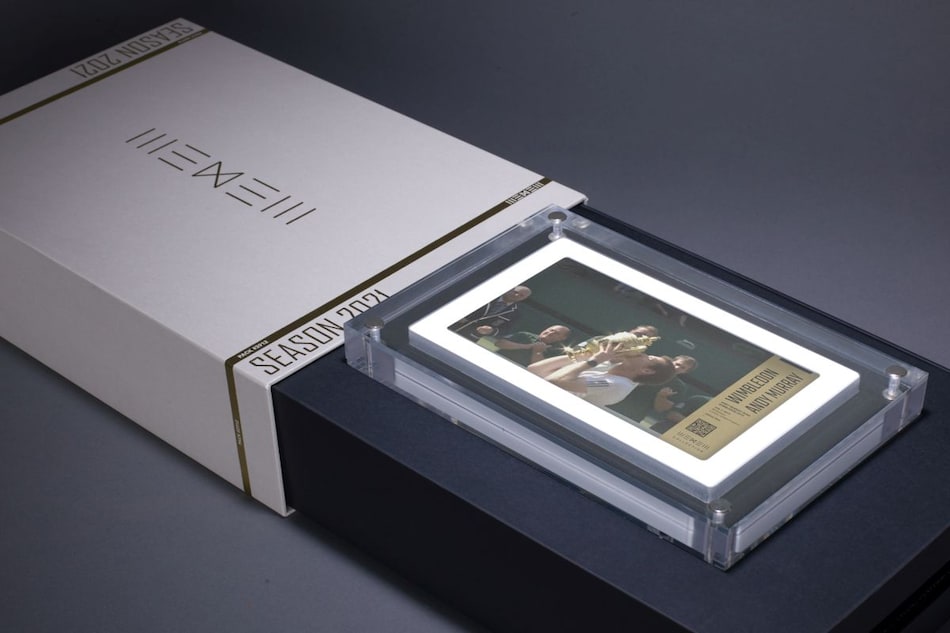 The Scottish tennis star announced last month that a series of blockchain-based collectibles representing his Wimbledon victory would be up for sale on a platform called WENEW, which sells videos of moments from culture and history in the form of NFTs.

An NFT is a cryptocurrency asset which records ownership of a digital item, such as an image, video or text, on blockchain. While anyone can view or download it, only the buyer can claim ownership.

The buyer of Murray's Wimbledon "moment" will not own the copyright of the video. But they will receive a small digital screen to display it on, two tickets to Centre Court for the 2022 men's Wimbledon finals, a chance to play tennis with Murray and signed souvenirs.

Murray said he first found out about NFTs when the American digital artist Beeple sold an NFT artwork for $69.3 million (roughly Rs. 514 crores) at Christie's in March. Beeple is one of WENEW's founders.

"I'm still learning about NFTs but it feels like an exciting area and one I'm sure more athletes and content creators will be getting involved in," Murray told Reuters via email.

An NFT enthusiast known as Pranksy told Reuters he was the buyer.

In addition to the main "moment" showing Murray's match-winning point, the platform also sold more than 600 limited edition NFTs representing other moments related to the 2013 victory, priced between $49 (roughly Rs. 3,640) and $4,999 (roughly Rs. 3.7 lakhs) each.

Murray said he does not personally own any cryptocurrencies or crypto assets such as NFTs, but he is learning more each day and would buy an NFT "moment" from WENEW in future.

Murray, who won Olympics gold at the London 2012 and Rio 2016 Games, will defend his title in Tokyo.