The virtual wedding reception in the metaverse will also be joined by an avatar of the bride’s late father. 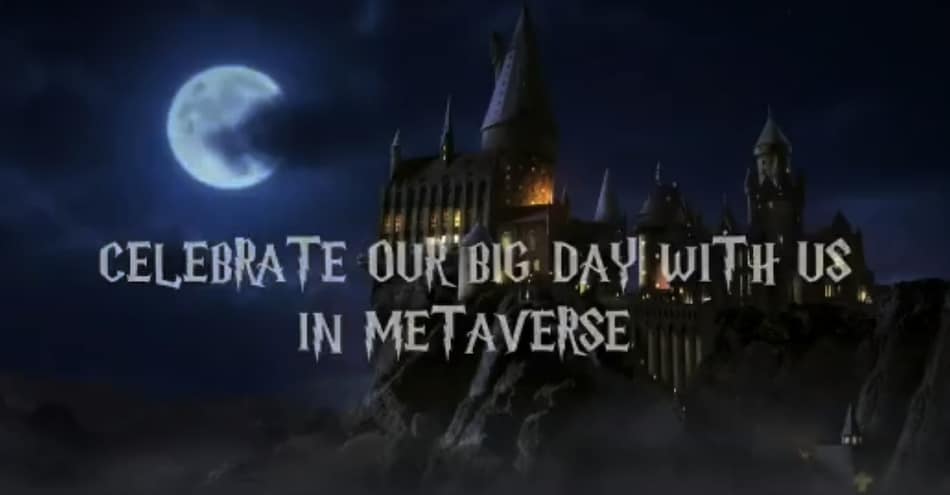 In their digital avatars, the bride and the groom can be seen dressed in matt black jackets

A couple from Tamil Nadu is set to celebrate their wedding with a modern tech twist, bringing their loved ones together in the metaverse. A three-dimensional version of the Internet, metaverse will potentially serve as a fully functional virtual venue, making the wedding reception a first-of-its-kind event in the metaverse. The couple will host a Harry Potter-themed wedding reception will be presided over by an avatar of the bride's late father.

The bride and groom Janaganandhini Ramaswamy and Dinesh Kshatriyan will tie the matrimonial knot according to the traditions on the morning of February 6. Later in the evening, the newly weds along with their guests will attend their virtual reception as digital avatars in the metaverse.

The couple has collaborated with TardiVerse Metaverse startup to facilitate the virtual celebrations on the Polygon blockchain.

The groom, who is a project associate in IIT Madras, has shared a glimpse of their planned virtual function on Twitter as a 45-second-long video.

I feel so proud and blessed that I have seen and taken advantage of many great opportunities in this world before millions of people have seen them, Beginning of something big! India's first #metaverse marriage in Polygon blockchain collaborated with TardiVerse Metaverse startup. pic.twitter.com/jTivLSwjV4

In their digital avatars, the bride and the groom can be seen dressed in matt black jackets, standing in the backdrop of the famous Hogwarts castle from author JK Rowling's fictional wizarding world of Harry Potter.

After Facebook was rebranded to “Meta” in 2021, the metaverse technology gained the attention of more tech giants like Microsoft, Nvidia Omniverse, and Roblox Metaverse among others.

In recent times, the metaverse witnessed several events that made it to the headlines.