Along with Sophia, 99 more intelligent NFTs, or iNFTs, will be auctioned on Binance. 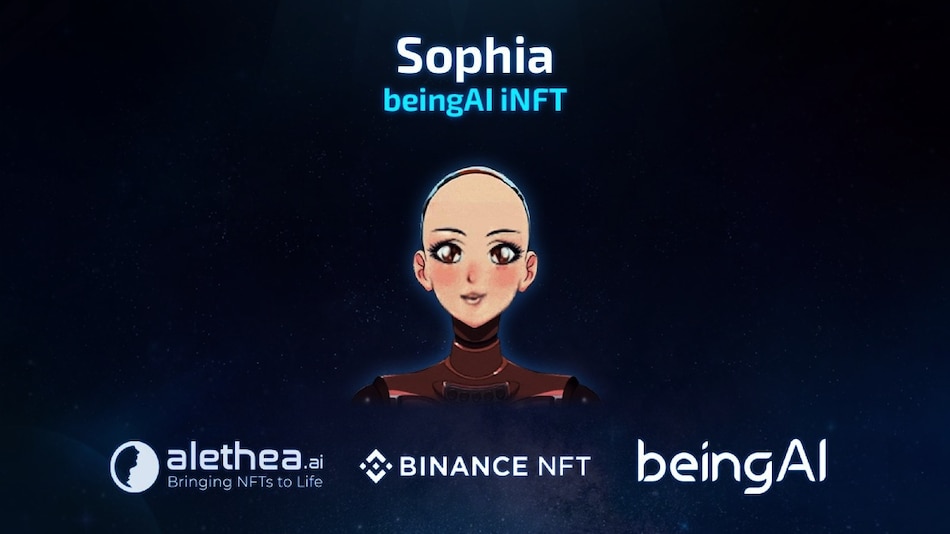 Sophia, the popular humanoid robot, is now set to enter the metaverse as an “intelligent non-fungible token (iNFT)”. The human-like bot will be part of the metaverse project called the “Noah's Ark”. The tokenised version of Sophia will be released on Binance for auction on December 16. Along with Sophia, 99 more iNFTs will be put up for auction.

Now, beingAI has partnered iNFT production firm Alethea AI to bring 100 tokens to life for the metaverse including Sophia on NFT marketplace Binance. The iNFT will be part of Alethea AI's project, Noah's Ark.

Noah's Ark is an “intelligent metaverse” which aims to preserve and evolve the culture and collective intelligence of the human species.

I'm so excited to announce my manifestation as an iNFT. 100 unique intelligent iNFTs of me developed by @real_alethea and @beingaico that will soon be launching on @TheBinanceNFT on December 16th. Until then, you can read more here https://t.co/K54Oj7OoWl pic.twitter.com/oVHjE9majz

“We are excited to bring Sophia beingAI to life as an iNFT,” Lim said.

Now, while NFTs are digital collectibles like game characters and artwork inspired by real life entities, iNFTs are embedded with the intelligence of an AI personality. While NFTs are controlled by their owners in metaverse, iNFTs can independently interact with people in real-time inside a gamified universe.

The auction of these 100 iNFTs will conclude on December 21.

Recently, a virtual mega yacht, called the Metaflower Super Mega Yacht, featuring two helipads, hot tubs, and a DJ booth among other lavish facilities was sold off for a whopping $650,000 (roughly Rs. 4.8 crore) in The Sandbox metaverse.

In November, a plot of land was sold for $2.43 million (roughly Rs. 18 crore) in Decentraland.

Bloomberg Intelligence expects the market opportunity for the metaverse to reach $800 billion (roughly Rs. 59,58,719 crore) by 2024.