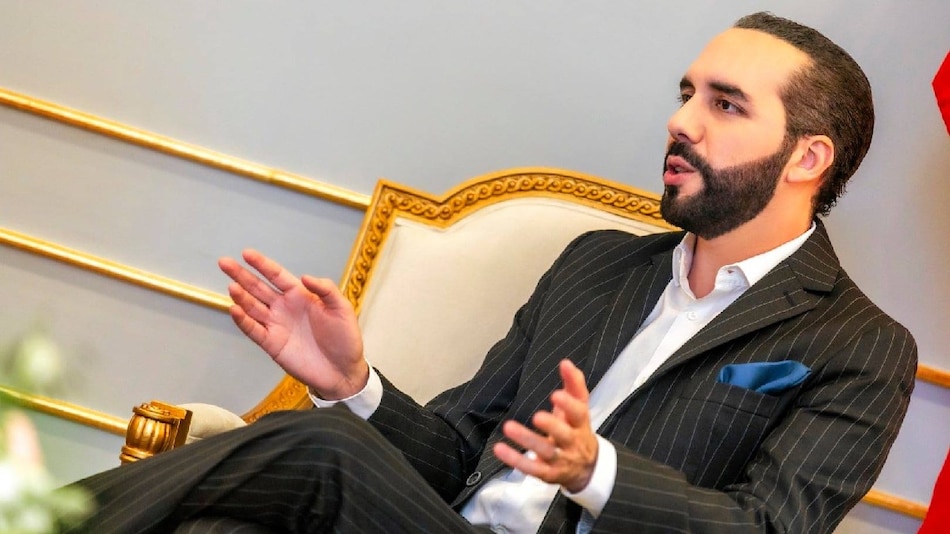 Following a crash in Bitcoin value, the Central American nation of El Salvador purchased 100 Bitcoin to add to its treasury. The development came on Friday, November 27 after Bitcoin price fell to $54,377 (roughly Rs. 40 lakh) from its recently touched all-time high of $68,327.99 (roughly Rs. 50.5 lakh). Currently, El Salvador holds around 1,220 Bitcoin tokens worth around $70 million (roughly Rs. 524 crore) at the time of writing. Bitcoin is being used as a legal tender along the US Dollar in El Salvador since September this year.

Last week, Bukele revealed his plans of building a "Bitcoin City" at the base of the Conchagua volcano, in order to power Bitcoin mining with renewable energy.

Bukele's vision of rapidly regularising Bitcoin in El Salvador has, however, found itself at the receiving end of criticism and warnings at a time several nations like India are mulling over the legitimacy and regulation of the crypto space.

"Given Bitcoin's high price volatility, its use as a legal tender entails significant risks to consumer protection, financial integrity, and financial stability. Its use also gives rise to fiscal contingent liabilities. Because of those risks, Bitcoin should not be used as a legal tender. Staff recommends narrowing the scope of the bitcoin law and urges strengthening the regulation and supervision of the new payment ecosystem,” the IMF had said.

In a bid to drive Bitcoin adoption, El Salvador gave $30 (roughly Rs. 2,221) worth of Bitcoin to all its citizens who downloaded and registered on the government-backed Chivo e-wallet. The country now has over 200 Bitcoin ATMs installed within its boundaries.

It fell down in value last week after a crypto ban scare emerged from India, via a bill pending to be discussed in the parliament that likely proposes a ban on “private cryptocurrencies” from operating in the nation.