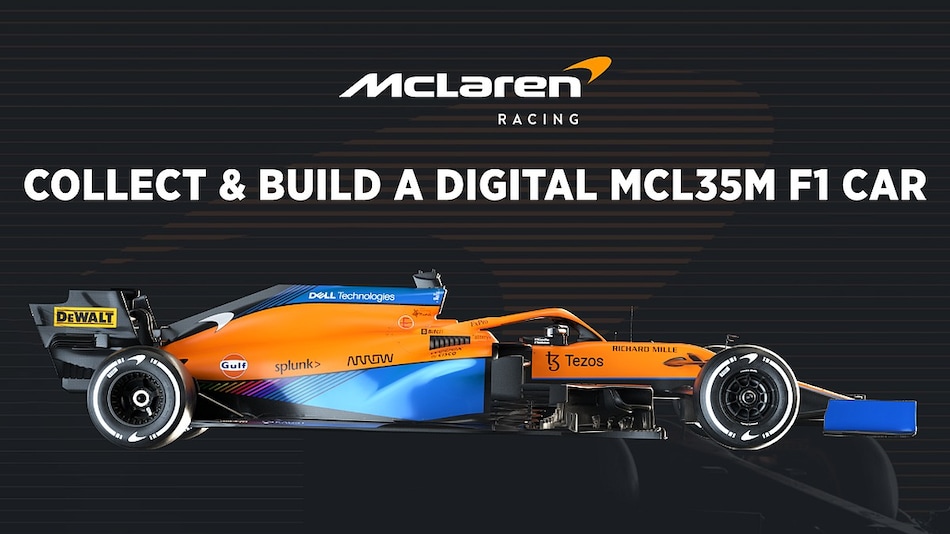 McLaren says the first digital component will be gifted to the first 5,000 fans who join the platform

McLaren Racing, the popular British racing team and the second oldest active Formula 1 team in the world, has launched a platform where fans and collectors can purchase McLaren Racing-branded digital collectables or non-fungible tokens (NFTs). The platform, named the 'McLaren Racing Collective,' will serve as a destination for future opportunities to own a piece of exclusive McLaren Racing collectables. The first drop will allow fans and NFT collectors to purchase different components of the MCL35M 2021 Formula 1 race car, built from an official CAD generated by those at McLaren Racing.

The first digital component will be gifted for free to the first 5,000 fans who join the collective platform. From there on, fans can purchase one or multiple components as they release with the goal of collecting all 22 to assemble the full digital MCL35M race car. The collectables will be released in five phases, with the first four components set to drop on October 24.

Introducing McLaren Racing Collective, a global community of McLaren fans and collectors, and the place to buy McLaren Racing digital collectables in the form of NFTs on the @Tezos blockchain.

The McLaren Racing Collective is built on Tezos, which is said to be an energy-efficient blockchain and is also McLaren's Official Technical Partner. Together with McLaren Racing, the two are facilitating the creation of limited digital assets so that fans can purchase their very own piece of the team.

The first person to complete a full digital MCL35M will win a VIP trip to a 2022 Formula 1 Grand Prix. This will be the first of several campaigns as the team sees the platform as a long-term fan engagement strategy for McLaren Racing.

"We are excited to launch McLaren Racing Collective, which allows us to engage our fans in an innovative new space. Through NFTs built on the energy-efficient Tezos blockchain, we are creating new ways to evolve our fan experience, and a bespoke McLaren Racing digital collectable marketplace provides people with a brand new way to connect with our team," said Lindsey Eckhouse, Director, Licensing, eCommerce and eSports, McLaren Racing commenting on the launch.