Aside from Dogecoin, a spinoff called Baby Doge saw its value go up 120 percent 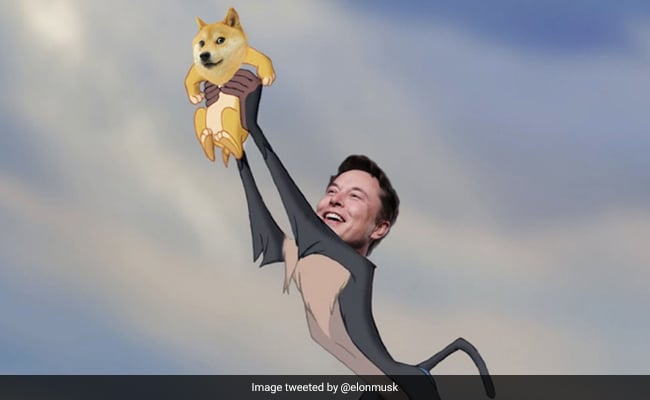 Dogecoin price rallied briefly after an Elon Musk tweet, again. The Tesla and SpaceX CEO once again tweeted a joke where he worked in Dogecoin, and predictably, prices went up for a little while. Musk tweeted the popular kid's song Baby Shark (by South Korean company Pinkfong) but instead of Baby Shark, he wrote Baby Doge. Apparently that was good enough for his fans, who helped the meme currency recover briefly from its downward spiral.

Shortly after Musk's tweet on Thursday, Dogecoin surpassed the psychological barrier of $0.25 (roughly Rs. 18.69). It has stabilised since and was trading at $0.24 (roughly Rs. 17.94) Friday morning IST, according to CoinDesk. The Dogecoin price in India currently stands at Rs. 18.9, with a 24-hour change of -1.9 percent, in line with the overall trend in the cryptocurrency market prices.

The ‘Baby Shark' song became a huge hit on YouTube in November last year. Musk appeared to have used the song's popularity to reach a wider audience and push the meme currency's brief rally.

Musk has raised concerns about Bitcoin driving up the use of fossil fuels for mining and trading. In a U-turn, his electric vehicle-making company Tesla said it would not accept the world's largest cryptocurrency as payments, after announcing that it would do so. Of late, Musk has appeared to show more faith in Dogecoin, and his commercial space exploration company SpaceX is set to put “a literal Dogecoin on the literal Moon."

SpaceX launching satellite Doge-1 to the moon next year

His latest tweet about Dogecoin has been received well by many of his over 57 million followers.

ahahahaha you are crazy man pic.twitter.com/tmoL5GVxaW

A third user posted an edited photograph of Musk and the “Doge” in spacesuits and ready for the Moon mission.

One other user just had fun seeing Musk tweet again about Dogecoin and fuel its rise.

Musk, a self-proclaimed 'Dogefather', has often pumped Doge prices by sharing references and memes about the dog-themed crypto on his Twitter account.