European Central Bank to Launch Digital Euro Project: All We Know So Far

Digital Euro will probably resemble an online bank account or digital wallet held directly at the ECB rather than at a commercial institution. 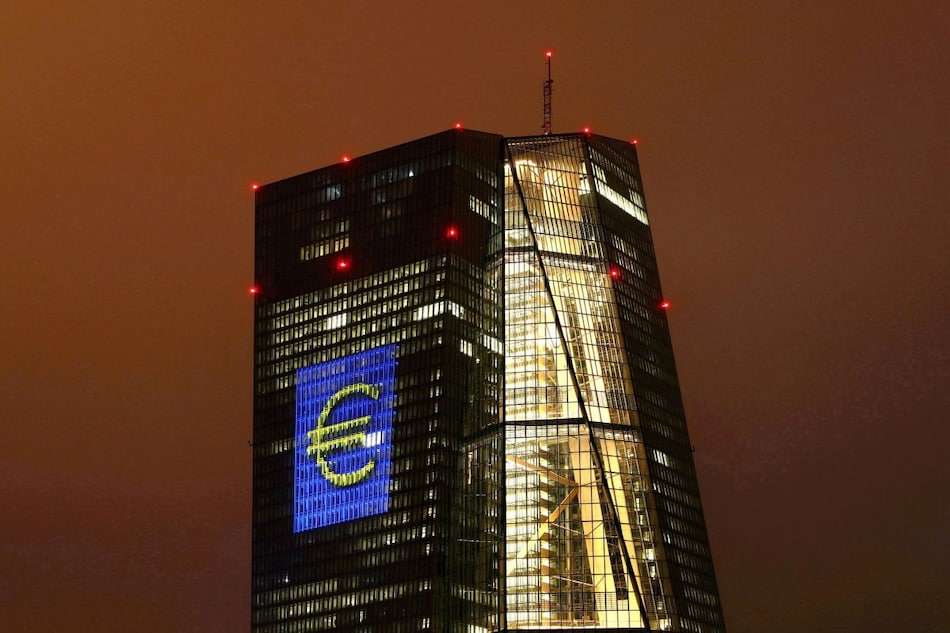 The European Central Bank is set to give the green light on Wednesday to a multi-year project to create a digital version of the euro.

An electronic equivalent of banknotes and coins, the digital euro will likely be a digital wallet that euro zone citizens can keep at the ECB.

It is part of a drive by central banks to meet growing demand for electronic means of payment and tackle a boom in private sector digital currencies from Bitcoin to Facebook's proposed Diem. Bitcoin price in India stood at Rs. 23.8 lakhs as of 11am IST on July 14.

Here's what we know so far:

What is a digital euro?

It will be a means of payment that gives holders a claim against the ECB - like banknotes and coins, but in digital format.

It will probably resemble an online bank account or digital wallet held directly at the ECB rather than at a commercial institution.

This is a fundamental difference because the ECB cannot run out of euros, making its digital currency intrinsically safer than any private sector counterpart.

So can I convert all my savings to digital euros?

Most likely not. The ECB knows the safety of its digital wallet could make it so appealing as to hollow out commercial banks. So it will either set a cap on how many digital euros individuals can own - say, EUR 3,000 (roughly Rs. 2.6 lakhs) - or apply a penalty rate on holdings above a certain amount.

What's the point of a digital euro, then?

The ECB doesn't want to leave digital payments to the private sector, particularly if the use of physical cash starts dwindling, like it has in Sweden.

It has expressed concerns that the biggest providers of payment services in the euro zone, such as Visa and Mastercard, come from outside the bloc, and about the use private companies make of transactions data.

Work on a digital euro accelerated after Facebook unveiled plans to create its own currency in 2019, a potential threat to central banks' core business.

How do you even open an account at a central bank?

The ECB has indicated it will leave that to banks and some regulated fintechs, which would then offer digital euro wallets to customers on its behalf.

Can digital euros be spent anonymously, offline - like cash?

Only for small payments, likely less than a hundred euros or so. The ECB has to balance privacy with countering money-laundering and tax evasion.

When can we expect to spend our first digital euro?

Not for the next five years or so. The ECB has given itself two years to finalise the digital euro's design. After that, it will need to be ratified by its Governing Council.

If approved, the ECB will work on implementation for another three years before launch. It will also seek legislative changes, as a digital euro was not foreseen by EU treaties.

Will physical cash stop existing then?

The ECB says the digital euro will complement, not replace, cash. Cash accounted for 79 percent of all payments at point of sales in the euro zone in 2016, according to an ECB survey.

But some critics worry the ECB may one day retire cash and use the digital euro to implement aggressive monetary policy measures, such as negative interest rates on household deposits or direct cash transfers.

Will the digital euro use blockchain?

Using Blockchain, the Distributed Ledger Technology (DLT) that powers cryptocurrencies, is an option, but maybe not the most likely.

ECB board member Fabio Panetta has said there was "no experience" with a DLT that could serve the needs of hundreds of millions of customers, unlike the ECB's regular instant payment system, known as TIPS.

The ECB could, however, use a combination of both, Panetta added.

Will it be available outside the euro zone?

Three thousand euros would be a lot of money for households in poorer countries, including some neighbouring the EU. So making the digital euro available to people there could suck out deposits from local banks.

If other central banks launch digital currencies, however, payments to and from the euro zone could become cheaper and safer.