Details of the game are scarce at the moment but it is set to launch by the second quarter of 2022. 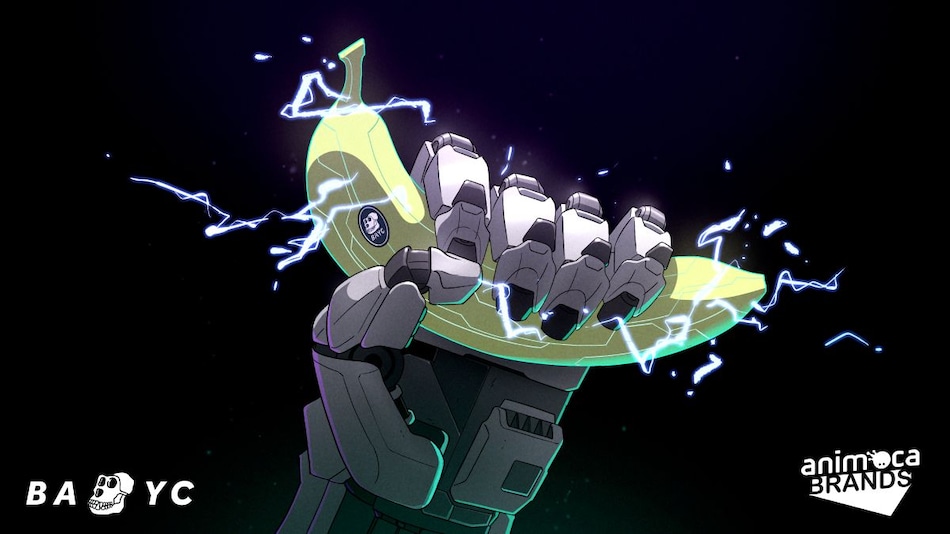 Bored Ape Yacht Club (BAYC) creator Yuga Labs has announced that it is working with The Sandbox maker Animoca Brands on a play-to-earn blockchain-based game that is set to launch in Q2 2022. Specifics have not been detailed yet but the game will utilise Bored Ape non-fungible token (NFTs) which features a collection of 10,000 NFT images that have become well-established in popular culture, gaining widespread attention, and even setting a $26 million (roughly Rs. 196.32 crore) sale record for crypto art sold on fine arts auction house Sotheby's.

Within its eight months of existence, the Bored Ape Yacht Club has become the second biggest NFT project of this kind, behind only CryptoPunks — a collection of 10,000 8-bit avatars created in 2017 and gets much of its value for being the first-of-its-kind NFT collection. Having amassed nearly $1 billion (roughly Rs. 7550.92 crore) in secondary sales volume since release, Yuga Labs — the developers behind BAYC — have continued to conceive new ways to both reward BAYC collectors and onboard new community members.

We are excited to announce that we will work with @BoredApeYC to create a #P2E blockchain game utilizing Bored Ape #NFTs!https://t.co/vmALCQdcrO#BoredApe #BlockchainGaming https://t.co/0GRHEoKGQO

With this latest move, Yugu will be partnering with Animoca Brands — creators of The Sandbox, Crazy Defense Heroes, and more — to enter into what many believe to be the next big thing in blockchain tech: play-to-earn gaming. Since Facebook's rebranding to Meta, not only has there been an increase in venture funding for blockchain-based gaming startups but gaming giants like Ubisoft have also begun dipping their feet in blockchain waters.

Yat Siu, co-founder and executive chairman of Animoca Brands, commented: “NFTs have emerged as a store of culture. There are very few icons that are able to represent the surging world of NFTs as powerfully as Bored Ape Yacht Club, which is why we, as a group and in aggregate, hold a significant number of them. We are incredibly excited and proud to collaborate on a game for this cultural milestone.”

“We're excited to work with Animoca Brands to grow the BAYC universe and expand the utility and benefits offered to all Bored Ape NFT holders,” said a Yuga Labs spokesperson. “Animoca Brands is a trailblazer in the blockchain gaming space with a proven track record of delivering. We can't wait to share more with the community about what we're building.”