DappRadar suggests that play-to-earn (P2E) models and the spurt in NFTs are the two biggest contributors to the blockchain gaming market. 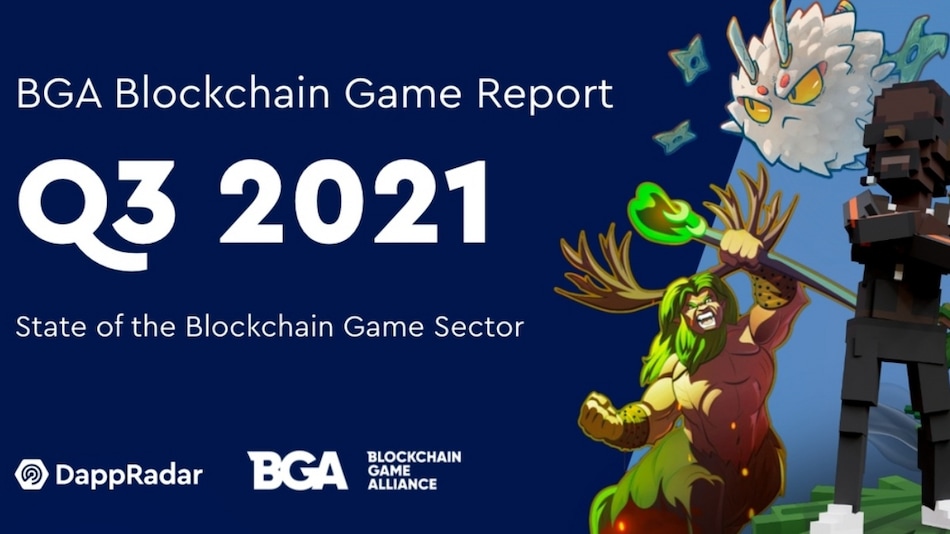 BGA Blockchain Game Report is brought out by DappRadar

Blockchain games are seeing an increased number of people on their platforms. While the ongoing pandemic definitely helped propel gaming in a big way, a recent report suggests that a whopping 804,000 unique active players connected to blockchain-based games in July 2021. The shift in trend shows that the gaming sector is rapidly increasing its network of users globally and blockchain games are a sector that is seeing a lot of interest.

According to the latest BGA Blockchain Game Report from analytics site DappRadar, NFT-based online video game Axie Infinity won the overall popularity war by some margin at the moment, but several other blockchain games have garnered more unique active wallets (UAW) than Axie in the third quarter of 2021. The report highlights that the play-to-earn (P2E) model within games and the spurt in NFTs are the two biggest contributors to the blockchain gaming market currently. In fact, almost half of the 1.54 million crypto wallets in existence — or 754,000 in number — are for blockchain games.

Thanks to our partner @DappRadar for their Q3 Blockchain Gaming Industry Report https://t.co/wqi0fwYVyB

The report disclosed that seven other blockchain games were more popular than Axie in terms of UAW interactions over the last month. DappRadar's data claims that the most popular blockchain game was Alien Worlds on the WAX blockchain, followed by Splinterlands on Hive and Arc8 on Polygon blockchain in third place. The other four that made the list include MOBOX: NFT Farmer, Upland, CryptoBlades, and Farmers World.

Beginning 2021 as the most popular blockchain game with around 8,000 daily unique active wallets (DUAWs), Splinterlands takes the crown with over 245,000 DUAWs in September. Alien Worlds did overtake the game in terms of total active unique wallets over time, but the report does hand the crown for the most-played game to Splinterlands.

Splinterlands is a blockchain-based trading card game. The gaming functionalities enable users to play and trade with NFT-based cards of different kinds. The company consistently allows space for more users on the platform.

Similarly, Alien Worlds is a decentralised finance (DeFi) NFT metaverse on the Ethereum, Worldwide Asset eXchange (WAX), and Binance Smart Chain (BSC) blockchains. Players compete using NFTs and earn Trilium (TLM), the in-game currency. The game recently launched a new UI and has plenty of plans for the future including its mission feature. This momentum saw the title jumping from 250,000 to 350,000 daily active unique wallets and just pipping Splinterlands as the most popular blockchain game in early October.

Wrapping up the top three spots is Arc8. Developed by GAMEE, a subsidiary of Animoca Brands, Arc8 promises to combine e-sports and crypto gaming, allowing users to play competitive games against other players and win GMEE tokens. GAMEE has also partnered with Polygon Studios to help launch its GMEE token and the Arc8 platform.

CryptoBlades, meanwhile has collapsed from a peak of over 400,000 DUAWs down to around 10,000. The game, based on the BSC blockchain, is about fighting battles where you need to create and equip characters to earn SKILL token.