Bitcoin, Ether Prices Rise as Russia-Ukraine Crisis Continues to Be a Factor

Bitcoin saw a significant rise in value over the past 24 hours buoyed by an increase in its hash rate. 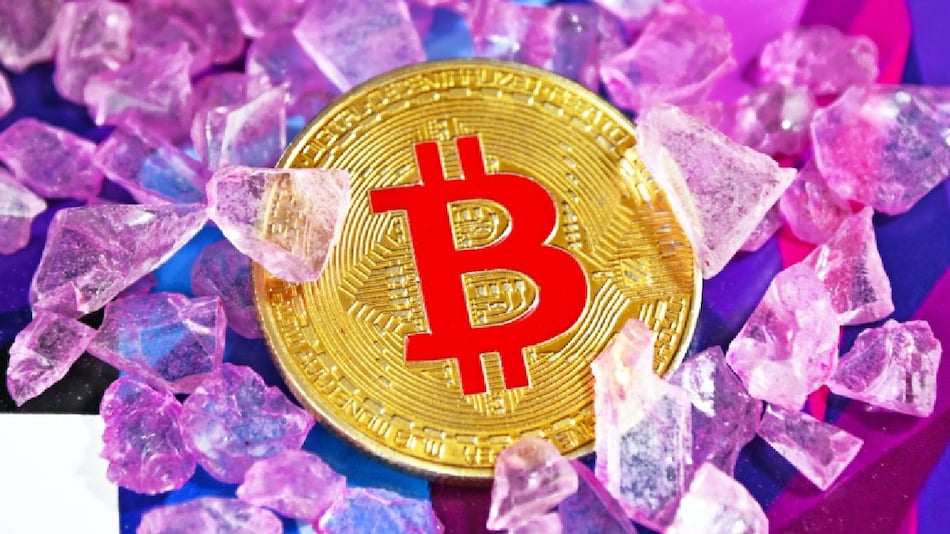 Bitcoin has had a forgettable run over the weekend but as things stand, the cryptocurrency is back on strong footing as BTC's hash rate sees a significant rise, pushing values above the $43,000 (roughly Rs. 32.5 lakh) mark. The world's most valuable cryptocurrency began Monday slow, but has seen a 2.09 percent surge in price over the past 24 hours with BTC bulls pushing to cross the $43,800 (roughly Rs. 33 lakh) as its next target across global exchanges for a fresh rally. Bitcoin's value currently stands at $45,238 (roughly Rs. 34 lakh) on Indian exchange CoinSwitch Kuber.

Meanwhile, on global exchanges, the price of the most popular cryptocurrency stood at $43,498 (roughly Rs. 33 lakh) up by 3.79 percent over the past 24 hours. As per CoinGecko data, Bitcoin's value has surged close to 14 percent since the start of February.

Ether, the second-largest cryptocurrency by market capitalisation, has performed even better over the last 24 hours. At the time of publishing, Ether is valued at $3,137 (roughly Rs. 2.5 lakh) on CoinSwitch Kuber while values on global exchanges see the crypto's value hover around the $3,000 (roughly Rs. 2 lakh) mark at $3,016 (roughly Rs. 2.5 lakh), where the coin rose by 5.42 percent over the past 24 hours. Compared to the price of Ether a week ago, CoinGecko data reveals that the cryptocurrency's value has dipped by 4.1 percent, although, just like Bitcoin, Ether's showing has considerably improved since the beginning of February.

Gadgets 360's cryptocurrency price tracker reveals that most of the popular altcoins have also had a good showing with the global cryptocurrency market capitalisation rising by nearly 4 percent over the past 24 hours. Cardano, Solana, Avalanche, Polygon, Terra, Binance Coin, Cosmos, Polkadot, and Chainlink have all managed to increase in value.

Meme coins haven't had a sustained positive run for some time now and although the global crypto market has footed somewhat of a recovery, SHIB and DOGE — the two most sought-after meme coins are yet to get going on a big swooping run. Dogecoin is currently valued at $0.15 (roughly Rs. 12) after rising 0.03 percent over the last 24 hours, while, Shiba Inu is valued at $0.000032 (roughly Rs. 0.002), up by 2.05 percent over the past 24 hours.

"The global crypto market cap and trading volume increased by nearly 5 percent and 16 percent (respectively) over the past day. Bitcoin's dominance in the market is now 42 percent. BTC's resistance stands at $46,000 (roughly Rs. 35 lakh), and support holds at $40,000 (roughly Rs. 30 lakh), which can stabilise pullbacks over a short period. The ups and downs in the crypto market could be because of the ongoing tensions between Russia and Ukraine," says Edul Patel, CEO and co-founder of crypto investment firm Mudrex speaking to Gadgets 360.

As the wider crypto market tries to foot a recovery after a dismal 'crypto winter', Uber, the US-based ride-hailing major has stated that it will be integrating crypto payments option on its app "at some point”. CEO Dara Khosrowshahi spilled the beans on the future plans of the company during a recent interview. The cab-booking platform claims to be used across 890 cities in over 70 countries. As of now, it has not set foot in the crypto sector, but its future plans align with several other big tech companies like Microsoft and Tesla among others.

Meanwhile, Bandai Namco, the Japanese video game publishing giant, has now revealed that it is working on a new development project, one that could see characters and settings from Dark Souls, Dragon Ball Z, and Elden Ring all collide in the metaverse, in a bid to allow fans to interact across its different IPs through a shared interface. The Tokyo-based publisher has stated that it will invest $130 million (roughly Rs. 980 crore) on the project, labelled "IP Metaverse", as part of the company's new mid-term plan, which outlines its three-year vision.