A majority of El Salvador's 6.5 million people reject the idea and will continue using the US dollar, opinion polls show. 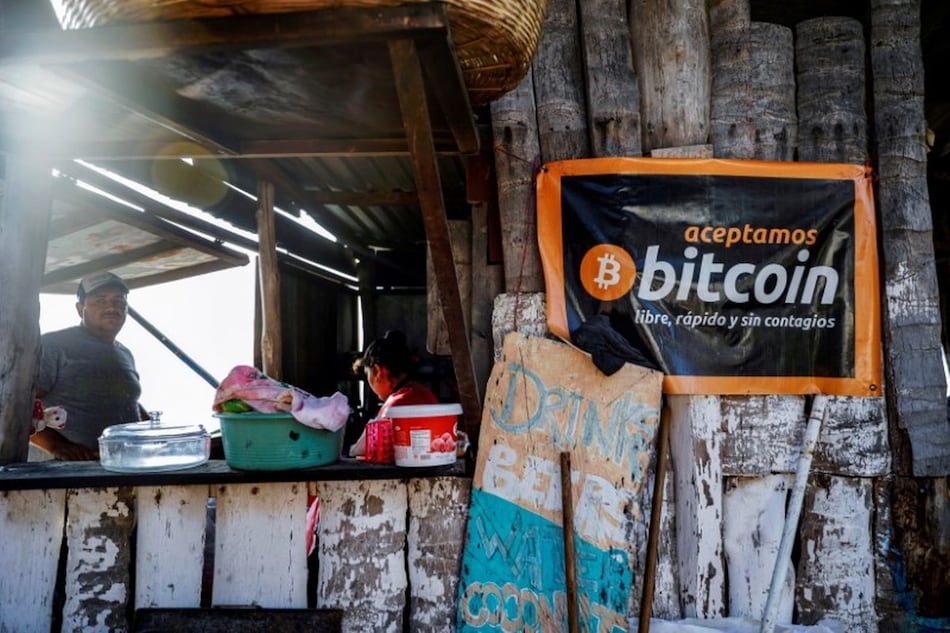 In late June, some 50,000 Salvadorans were using Bitcoin

El Salvador on Tuesday becomes the first country in the world to accept Bitcoin as legal tender, despite widespread domestic skepticism and international warnings of risks for consumers.

President Nayib Bukele's government claims the move will give many Salvadorans access to bank services for the first time and save some $400 million (roughly Rs. 2,920 crores) in fees on remittances sent home from abroad every year.

"Tomorrow, for the first time in history, all the eyes of the world will be on El Salvador. #Bitcoin did this," Bukele said on Twitter Monday. Bitcoin price in India stood at Rs. 40.64 lakhs as of 9:30am IST on September 7.

He started the ball rolling Monday evening by announcing El Salvador had bought its first 400 Bitcoins, in two tranches of 200, and promised more were coming.

The 400 Bitcoins were trading at around $21 million (roughly Rs. 150 crores), according to the cryptocurrency exchange app Gemini.

Recent opinion polls showed a majority of El Salvador's 6.5 million people reject the idea and will continue using the US dollar, the country's legal currency for the last 20 years.

"This Bitcoin is a currency that does not exist, a currency that will not benefit the poor but the rich," said skeptic Jose Santos Melara, who took part in a protest by several hundred people in the capital San Salvador last week.

"How will a poor person invest (in Bitcoin) if they barely have enough to eat?"

In June, El Salvador's parliament approved a law to allow the crypto money to be accepted as tender for all goods and services in the small Central American nation, along with the US dollar.

The bill, an initiative of Bukele, was approved within 24 hours of being presented to Congress - where the president's allies have held a majority since March.

Experts and regulators have highlighted concerns about the cryptocurrency's notorious volatility and the lack of any protections for its users.

The government is installing more than 200 Bitcoin teller machines, some guarded by soldiers to prevent possible arson by opponents.

And Bukele has promised $30 (roughly Rs. 2,190) for each citizen who adopts the currency.

"These are decisions the administration and lawmakers have taken without consulting" the population, said Laura Andrade, director of the Public Opinion Institute of the Central American University, which found in a poll that 70 percent of Salvadorans opposed the move.

"We see that people do not perceive a positive impact to significantly transform their living conditions," she told AFP.

Nearly two-thirds of Salvadorans questioned for the poll said they had no interest in downloading the Chivo electronic wallet that will allow users to buy and spend Bitcoin.

Oscar Cabrera, an economist at the University of El Salvador, said the currency's high volatility will have a "negative impact" on consumers, affecting the price of goods and services.

For its part, the Salvadoran Foundation for Economic and Social Development (FUSADE) said it was "unconstitutional" to make it compulsory for merchants to accept Bitcoin as a form of payment.

Bukele, who is popular but under fire in several quarters for moves to tighten his grip on power, has accused opponents of seeking to "sow fear" among Salvadorans, few of whom have access to formal banking services.

Remittances account for more than a fifth of GDP in the dollarised economy, mainly sent in dollars via agencies such as Western Union by an estimated 1.5 million expats.

And the country is relying on this money to boost a struggling economy that contracted 7.9 percent in 2020 due in large part to the coronavirus pandemic.

The United States has urged El Salvador to ensure a "regulated," "transparent," and "responsible" use of Bitcoin, and to protect itself from "malign actors" such as hackers seeking ransom money.

Bitcoin is criticised by regulators for its potential for illegal use - notably in laundering money from criminal activities and financing terrorism.

But not everyone is against it, and according to Bukele in late June, some 50,000 Salvadorans were using Bitcoin.

Many of them are in the coastal town of El Zonte, where hundreds of businesses and individuals use the currency for everything from paying utilities bills to buying a can of soda.

Started as a project by an anonymous Bitcoin donor, the town until recently boasted El Salvador's only Bitcoin teller machine.

How will India's new liberalised drone rules impact the industry? And where are they left wanting? We discussed this on Orbital, the Gadgets 360 podcast. Orbital is available on Apple Podcasts, Google Podcasts, Spotify, Amazon Music and wherever you get your podcasts.