Bitcoins Worth $3.6 Billion Have Vanished Along With South African Firm Africrypt and Its Founders

The last communication to investors from the brothers who ran the cryptocurrency firm came on April 13. 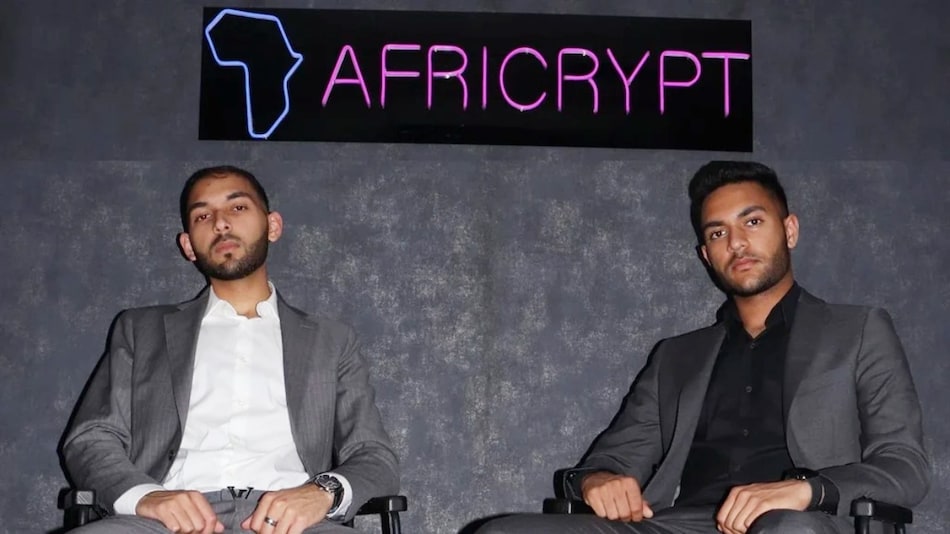 Africrypt founders Cajee brothers in a promotional photo for their firm

Africrypt, a cryptocurrency investment firm in South Africa, run by two brothers — CEO Raees Cajee and COO Ameer Cajee — is under global scrutiny right now after up to $3.6 billion (roughly Rs. 26,700 crores) worth of Bitcoin disappeared from it. What's even more shocking is that there is no trace of the two brothers who ran the firm, that included even celebrity investors. It all started two months ago when the Cajee brothers claimed that the firm had been hacked and were therefore forced to stop operations.

The two brothers, then, implored cryptocurrency investors not to alert the police about the matter, adding doing that might jeopardise the recovery of the “stolen” digital coins worth $3.6 billion from the company's wallet. The company website is not operational either. As of 3:16pm IST on June 25, Bitcoin price in India stood at Rs. 25.51 lakhs.

According to a Bloomberg report, calls to the two brothers are being directed to the voice mail. A group of about 20 people has hired a law firm, and courts in South Africa have ordered the provisional liquidation of the company that started two years ago and gave huge returns in the beginning.

Twenty-one-year-old Raees and 17-year-old Ameer are nowhere to be found, but they have until July to appeal against the order, reported The Register. The last communication to investors from Cajee brothers came on April 13. They said that they didn't know the extent of the client information compromised in the “attack.” They, however, promised they would keep everyone informed if they were able to pull back any “stolen funds and compromised information”.

Meanwhile, Zakira Laher, a cousin of the Cajee brother and a former fellow director at Africrypt, has to deal with a deluge of phone calls — from media and police to investors.

“We really don't know,” she says, adding that she feared for the safety of her family, including a week-old baby, according to Business Insider. About her position at the firm, Zakria says that her involvement was peripheral and she made no money from Africrypt.

South Africa's Finance Sector Conduct Authority is mulling a proper investigation into what appears to be a scam of gargantuan proportions, but they, too, are faced with a legal hurdle. Brandon Topham, the head of enforcement, said that cryptocurrency assets in South Africa were not legally considered financial products.