AI-Generated Art Within NFT Space Is Rapidly Gaining Steam, Expected to Grow With the Metaverse's Emergence

AI-generated is still fairly new to artists but a majority of digital artists are willing to learn and see the benefits of minting artwork as NFTs. 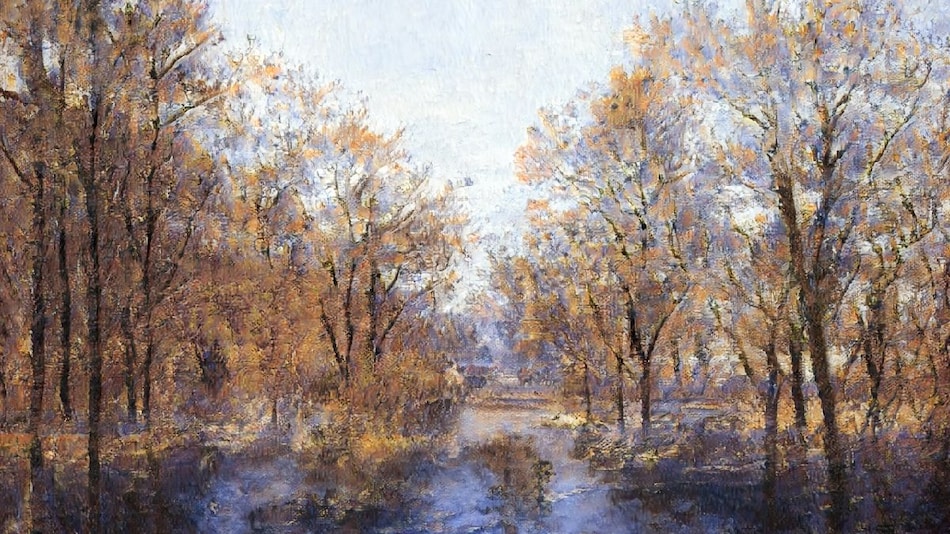 Non-fungible token (NFT) sales in 2021 were worth close to $25 billion (roughly Rs. 1,85,722 crore), proving that the sector saw tremendous growth within crypto assets, according to CoinMarketCap. Artificial Intelligence-generated NFTs are expected to be the next big boom within the space. As the name suggests, artificial intelligence Art or AI-generated art refers to any artwork created through the use of artificial intelligence and with companies like OpenAI launching its artificial intelligence programs that creates images from textual descriptions, AI art is more accessible than ever.

British auction house Christie's during its fourth annual Art+Tech Summit in August 2021 estimated a value of $93 million (roughly Rs. 691 crore) in NFT sales, suggesting that art NFTs have had a huge influence in 2021. Despite their importance, project like CryptoPunks and Bored Ape Yacht Club seem to have grabbed centre stage in the crypto art scene, dominated by cartoons and memes. AI art is now set to take over as a new subclass of NFTs.

For people in the art world and those interested in upcoming technologies like artificial intelligence, blockchain, and metaverse, these “AI-generative NFTs” are becoming more popular. GANs, or generative adversarial networks, are often used to produce AI-generated NFTs.

A GAN is a pair of neural networks — the first neural network, which is called generator, randomly mixes all the images that have been put into its memory and creates random combinations; the second, which is called discriminator, selects random results produced by the generator — the ones that better respond to the recurring pattern that had been identified in the original images. The role of the discriminator is therefore to reproduce human judgement, discarding all the paintings that are not so plausible as potential works created by a human artist.

An example of GAN-based AI art that captured a fair bit of attention was The Portrait of Edmond de Belamy, created by a French collective of artists called Obvious, starting with 15,000 portraits dating back to the period between the fourteenth and twentieth centuries. The artwork was one of an edition of 10, auctioned at Christie's in New York in October 2018, and sold for $432,500 (roughly Rs. 3.21 crore) becoming the first AI artwork to be sold through a major auction house.

The first auction of AI art took place #onthisday 2018 when the portrait 'Edmond de Belamy' produced by French art collective Obvious using an algorithm based on 15,000 portraits produced between the 14th and 20th centuries was sold by Christie's for $432,500. pic.twitter.com/n8YAavF5h4

Since 2018 though, AI-art has come a long way and with it, there has been a proliferation of AI-driven art startups that are moving the needle when it comes to the future of art tech. One such company that has shot into prominence over the course of time is Art AI, one of the largest galleries for artificial-intelligence art. The company recently launched a GAN-based text-to-image AI software named Eponym. Now, generative art projects like Art Blocks attract millions in trading volume on a daily basis. However, even if a bit controversial as a thought, Eponym's call to fame is the addition of a human element to the generative process with the help of AI software.

Traditionally, generative art relies solely on algorithms and programs to output images. With Eponym, collectors have the creative push during mint. Anyone who wants to mint an Eponym NFT had to input a string of text to trigger the AI software. The string of text could be anything ranging from a single word to a whole paragraph. The creation can then be minted directly OpenSea, which is the largest NFT marketplace in the world.

What is an Eponym?

Eponyms are works of art that are human-curated using a text-to-art AI generator developed by ART AI.

To generate an Eponym, users enter a text prompt as the name of an artwork, and the AI created a piece to match the name.#AINFT #generativeart #AIart pic.twitter.com/2JyFrUvgB7

The access to AI-generated artwork through tools like Eponym is also fuelling the desire to own NFTs. Speaking to CoinTelegraph, the co-founder of Art AI, Eyal Fisher states that the majority of Eponym users are creating NFTs for the first time, while NFT collectors and buyers are making their own creations — a gamechanger in the space since most people part of the Eponym community are not professional artists.

Eponym's Text to Art AI is staggering. I typed in "Evening light in the forest" and the AI produced this masterpiece for me to mint, or try again.

1/1 generative art will have its day in the spotlight and @EponymNFT will be at the forefront I'm sure. https://t.co/MlHYCqZQ7v pic.twitter.com/mI0RtmjUQw

As AI art becomes more prominent, artist and NFT collectors are beginning to adapt to it as well. As stated by a digital artist in 'Kami was Here' to CoinTelegraph, "The human needs the algorithm and the algorithm needs the human. For me, this new role meant data collection, writing code, curation, the inspiration to create a theme and, most of all, ‘coaching' an algorithm. The process is dynamic and the outcome collaborative.” The artist goes on to explain that each piece of AI-based art is fully unique in nature since it is birthed from an algorithm.

While tools like Eponym continue to be a breath of fresh air for professional artists and non-professionals alike, it is worth noting there are many methods in which AI-based NFTs may be generated. Regardless of the specifics of the technology, AI-generated NFTs are sure to be a big boost to the asset class. With the metaverse's surge in popularity, AI-based NFTs are only expected to gain in popularity.