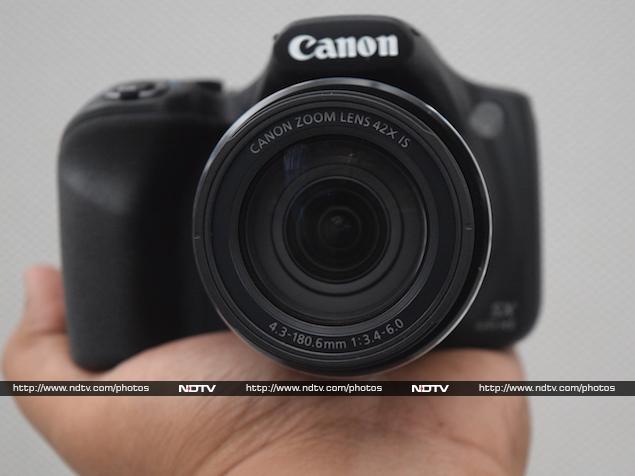 Say what you want about smartphones eating into the sales of compact cameras, but manufacturers are still launching dozens of models each year. The sheer difference in quality of the sensors inside digital cameras is enough to justify the purchase, especially if you intend to print pictures for memories' sake.

Bridge cameras are more advanced versions of compact cameras, quite literally trying to 'bridge' the gap between compact cameras and chunky DSLRs. These provide a nice balance between size and functionality, at affordable prices. 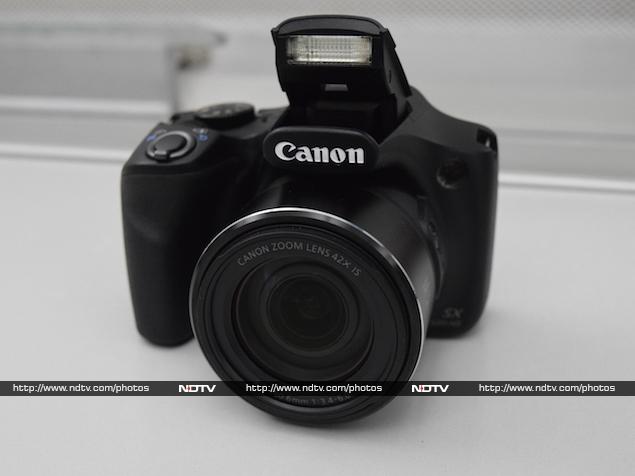 Design
TheCanon PowerShot SX520 HS looks like any bridge camera, only bigger than most of them. It is 120mm wide and 81.7mm tall, which is a good 10mm wider and 5.7mm taller than the Nikon Coolpix L830. However, this means there is adequate space between the lens and the extended handgrip area, which helps in gripping it better. Add to that, the moulded rubber covering the handgrip makes it easier to hold. Note that the camera is still much smaller than a DSLR. Our only gripe with the hard plastic body of the camera is that it looks just a little cheap. 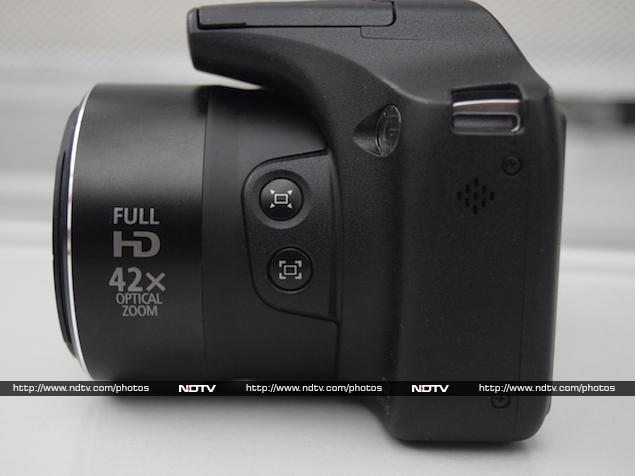 On the top of the camera lies the flash, which flips open automatically in certain modes but can also be opened manually. There are two microphones for sound recording behind the flash unit. On either side are mounts for the strap. Canon provides a lens cap which is attached to the body by a lanyard, so it can't be lost easily. This is great to have but having the lens cap dangling to one side all the time is rather irritating. We leave it to users to decide if they want to use it or not.

The lens barrel houses two framing assist buttons - one for seeking, which was also present in the PowerShot SX510 HS, and a new one for locking on a particular subject. The shutter button is surrounded by a zoom ring. The button has great travel and feels reassuring to click. Also on the top, one can find the power button, a selection dial, and a dial for switching between the various modes of the camera. The placement of these  physical controls is convenient and it won't take users too long to master them.

The bottom of the camera has a tripod socket and a compartment that houses the battery and memory card. Canon provides an 8GB memory card free with the device and advises buyers to ask for a carry case. The left edge has a speaker for playing back videos. A rubber flap covers the HDMI and A/V out ports on the right edge.

On the back of the camera is the screen, with a bevy of buttons to its right.Each button on the navigation pad doubles up as a toggle for the flash (right), focus modes (left), ISO settings (up) and display mode (bottom). The circular navigation pad doesn't have good travel and we had to be more deliberate when using it . Bang in the center is a button for functions/settings. Above the pad is the playback button, while two buttons for drive mode and menu are below it. The video record and delete buttons can be found on a curve on the upper right corner of the camera. 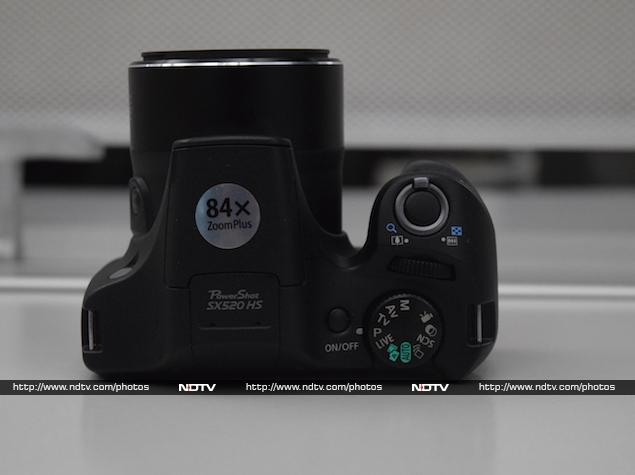 Specifications and features
The 16-megapixel PowerShot SX520 HS has a 1/2.3-inch CMOS sensor. It has a focal range of 24mm (wide) and 1008mm (telephoto). This means that the camera has an optical zoom of 42x. In comparison, the PowerShot 510 HS had a 12-megapixel 1/2.3-inch CMOS sensor with 30x optical zoom. Canon also adds something called ZoomPlus which can extend it to up to 84x (digital zoom), claiming that there is very little loss of detail. We shall test this in our performance section. This new model uses the upgraded Digic 4+ image processor. 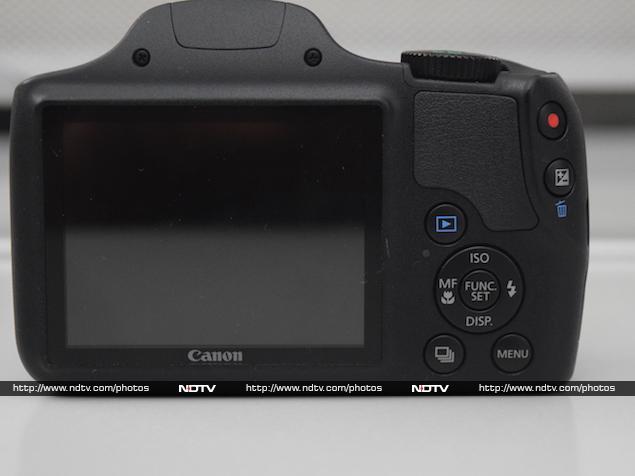 At its widest angle, the lens has a maximum aperture of f/3.4 and at the telephoto end it can attain f/6.0. This camera has a very impressive macro focussing range of 0 inches in certain modes. Weirdly, Canon has removed the ISO 80 setting and now the lowest end of the ISO spectrum is ISO 100, going up to ISO 3200. It has Evaluative, Center-weighted average and Spot metering methods. There are also a ton of shooting modes including M (Manual), Av (Aperture priority), Tv (Shutter priority), P (Program), Live View Control, Hybrid Auto, Auto, Creative Shot, SCN (scene), Creative Filters and Movie.

There are quite a few filters as well but unfortunately there is no mode that can shoot panoramic images. Users will have to stitch them together using desktop software. The camera can also capture Full-HD (1080p) videos at 30fps. One feature that is sorely missing with the PowerShot SX520 HS is Wi-Fi, especially since it was present on its predecessor. Also, the camera doesn't have the option to store images in RAW format.

Canon has implemented a 3-inch TFT LCD which has a 461k dot resolution. This screen has great viewing angles, good legibility in sunlight, and accurate colour reproduction. However, it is not very sharp and we would have really liked it if Canon had gone with a higher resolution. The screen doesn't tilt like the one on Nikon's Coolpix L830, which also would have been a nice feature to have. 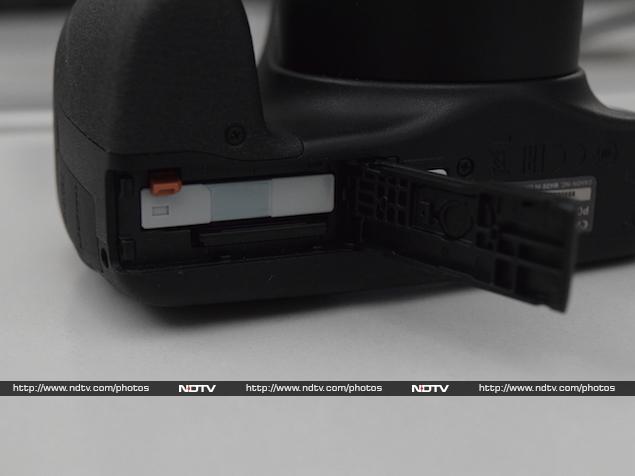 Canon's software is easy to understand with most of the functions being quite accessible. For example, the deeper functions such as toggling Digital Zoom on and off, reviewing an image after shooting, and other general things like setting the date and time, can be accessed at any time using the Menu button. Text on screen is adequately large and easy to read as well.

Performance
The 42x optical zoom lens is not the best in class but is more than enough for most users. It is easy to even spot craters the moon which such level of zoom. We found that keeping the camera stable at maximum zoom is slightly difficult when holding it without a tripod, and to negate this problem Canon provides the Framing Assist (Lock) function which can be used to lock on to faraway subjects, and thereby hold focus. This feature did manage to reduce some shake but was not completely effective. We still ended up with a lot of blurred shots. 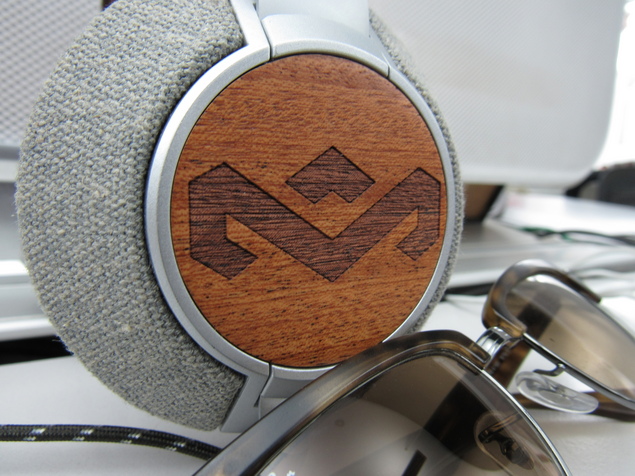 In our ISO tests we noticed that small details such as the nick on the printed text starts becoming indistinct at ISO 800, and noise starts creeping in too. Still, images don't look as bad as they did in our experience with the Nikon Coolpix L830. Take a look at the samples below. 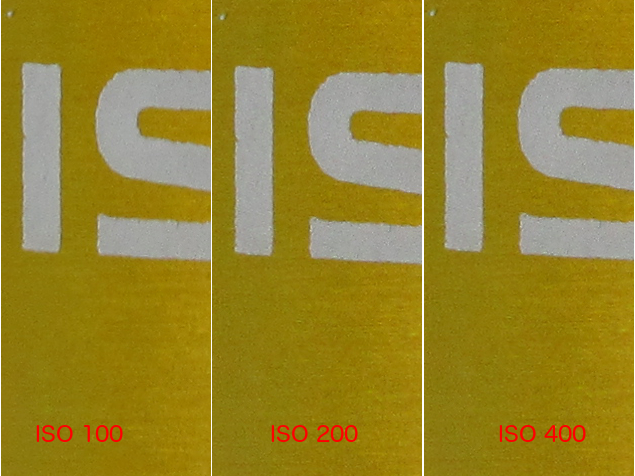 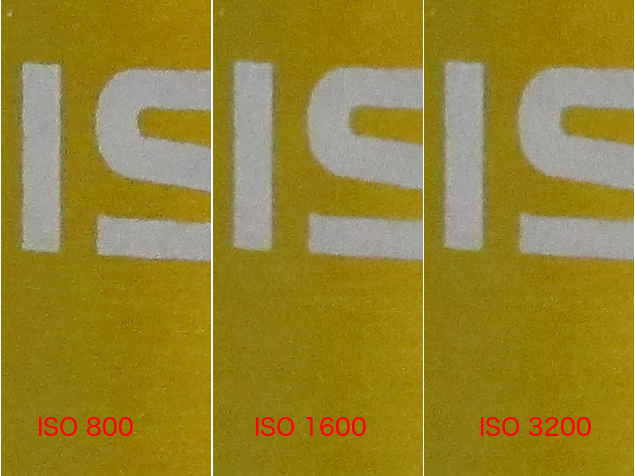 (All images are 100 percent crops)

We captured lots of shots in all conditions and noticed that colours in daylight were punchier than what our eyes saw in real life. This makes images pop and is quite unlike the performance of most Canon cameras. This is not necessarily a bad thing, as some people actually find this more attractive. Additionally, it negates the need to artificially enhance colours in dull images.

In our testing we noticed that the images exhibited some noise when seen at original size (100 percent zoom). Around edges of some leaves we noticed chromatic aberration as well. The lens can go as close as 0 inches to a subject, and this creates some really dramatic results in Macro mode. Details and colours are accurate, and we really liked the results.

There is a unique Live Mode in which the camera allows users to adjust the brightness, colour saturation and tonal quality of images directly on the camera itself. It looks pretty artificial and we can confirm that the results are not accurate. It is best that users stay away from this mode. 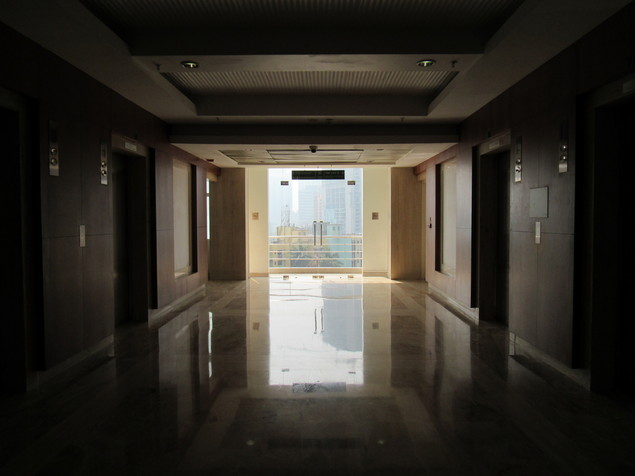 In our low-light testing we noticed that the lens and sensor were able to handle such situations, but like we noticed in our earlier tests, shooting above ISO 400 means that users will have to deal with noise. The flash is really powerful but images taken with it don't look that realistic. In our video testing, we captured a 1080p video of moving traffic and noticed that there was absolutely no screen tearing at all. The colours and details were really good too. The zoom mechanism was pretty smooth as well. 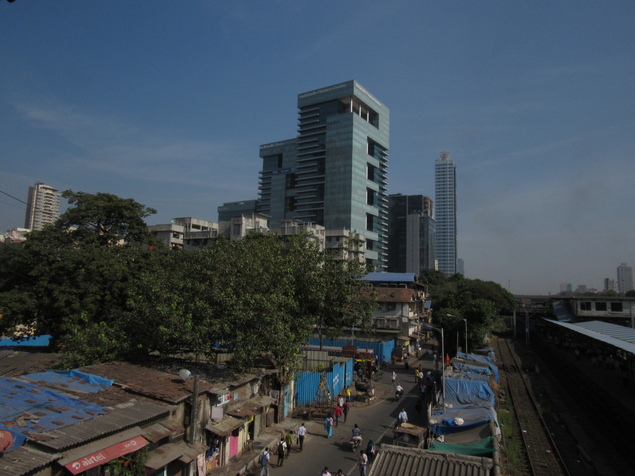 We noticed that by default the camera had a preview time of 4 seconds. We advise users to turn it off for better, faster shot-to-shot performance, which we felt was just about average. Canon claims that the battery in this camera can last 220 shots in normal mode and 290 shots in a special Eco mode, but we noticed that it easily lasted us much more than that in our time with it, which was great. 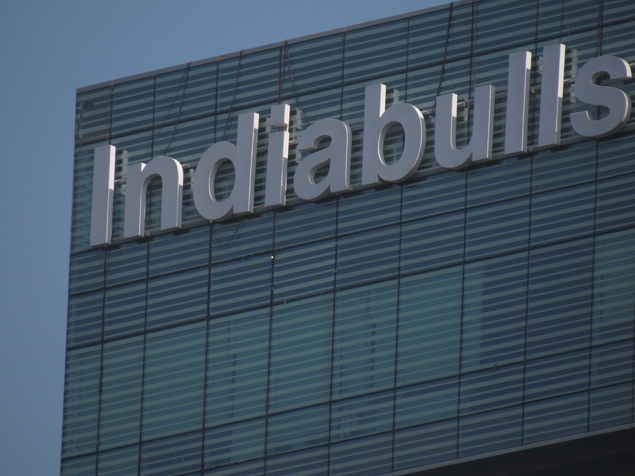 Verdict
Canon's new PowerShot SX520 HS makes it easy to shoot photographs and is indeed a great travel companion for novice photographers thanks to the hand-holding it offers in the form of features such as Framing Assist. Save for the absence of shooting in RAW, the camera also provides a ton of options for experienced photographers to play around with. However, do bear in mind that the colours are punchy in captured images, and you might need to invest in a tripod to make the most of low-light situations and to be able to use the 42x zoom lens to its full capacity.

The camera has a retail price of Rs. 17,995 but is already available on an e-commerce website for less. Even at the original price, the camera has a ton of features which justifies its cost. Its direct competition in the same price range is the Nikon Coolpix L830. Pick up the Nikon if you want better low-light performance and an outer shell in jazzy colours, but otherwise the Canon PowerShot SX520 HS is the better bet.

Russia to Create Its Own Version of Wikipedia
Philae Lander Probe Drills Into Comet, Turns Toward Sunlight: ESA