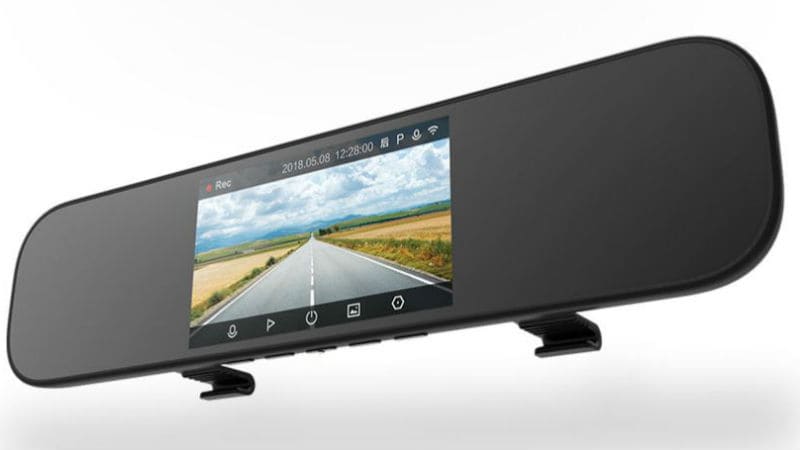 Xiaomi has launched a new smart rearview mirror with video recording function. The Mi Smart Rearview Mirror Recorder essentially combines a dash cam, a backup camera, and a rearview mirror. Initially, the device will not have a reversing camera but interested buyers can buy 70 Steps HD Reversing Video Camera separately and pair with it. The company has revealed some of the specifications and pricing details of the two products that have been launched under Xiaomi's Mijia platform after releasing them via its crowdfunding platform.

The Xiaomi Mi Rearview Mirror Driving Recorder and 70 Steps HD Reversing Video Camera will be available for purchase on June 16 for CNY 399 (roughly Rs. 4,200) and CNY 99 (roughly Rs. 1,000) respectively. Both the products are currently listed on Xiaomi's crowdfunding platform Youpin as well as the company's own China site.

The Xiaomi Mi Rearview Mirror Driving Recorder is a product for car owners. It is essentially a smart rear view mirror that will assist drivers in parking or keeping a track of who is behind their car on the highway while offering other features such as tracking. As per the product description provided in the listing, the device features a 5-inch IPS display, voice controls, parking monitoring, and the ability to record on both sides. Xiaomi notes that users will have to use a microSD card between 16GB to 64GB inbuilt storage.

Xiaomi has packed a Sony IMX323 image sensor with a f/1.8 aperture in the Mi Rearview Mirror Driving Recorder. It promises lower reflection or distortion in the images. Notably, users can also give voice commands to the device for capturing images, video recording, and switch on and off the display. Also, the camera automatically saves videos in the event of an emergency brake or collision. This will help with additional safety. Also, the camera sensor comes with a 160-degree field of view.

As per the listing, the recorder can record videos at 720p and it is able to switch the cameras from front to rear and vice versa depending on the gear the car is in. Notably, the rearview mirror is fuelled by a 470mAh battery. Also, the device can connect to the Mijia app via Wi-Fi. It is worth noting that the 70 Steps HD Reversing Video Camera that is sold separately comes with a 138-degree field of view and is IPX7 waterproof.