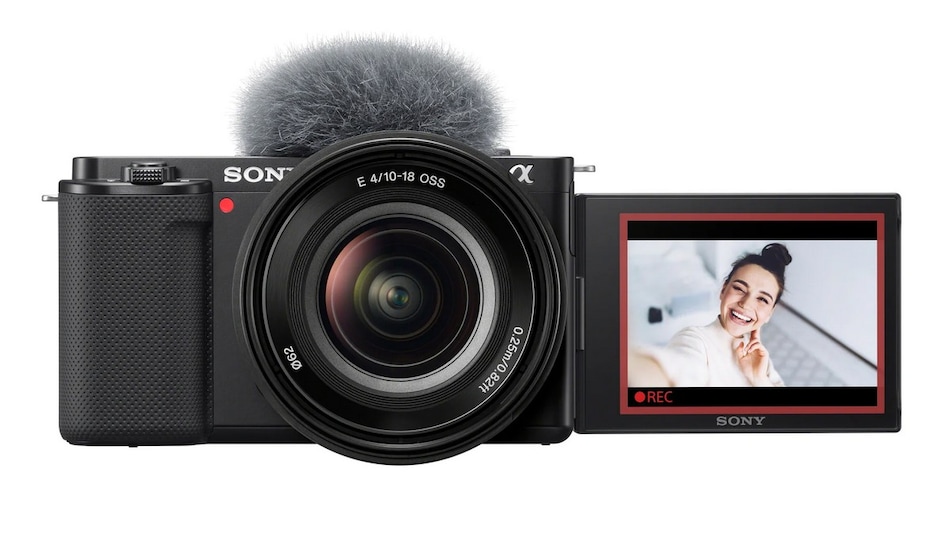 Sony ZV-E10 interchangeable lens mirrorless camera has been launched in North America. It has been designed for vloggers and comes with features like a compact build, rotating display, easy livestreaming with a PC connection, and others. Sony ZV-E10 is the first interchangeable lens vlog camera in the Alpha series. It comes with a 25-megapixel Exmor CMOS sensor with 4K recording capabilities. It is offered in two colour options and customers will have a choice of a vlog camera kit or just the body, says Sony.

As of now, there is no information on international availability.

In terms of features, Sony ZV-E10 comes with one-touch background blurring, S&Q mode for slow-motion video at four times slower speed than real time, quick motion to shoot at up to 60x faster, quick focus shifting with the Product Showcase setting, and Face Priority Auto Exposure (AE) that automatically brightens the lighting of your face depending on the surroundings.

Sony ZV-E10 packs a 3-inch TFT touch display that can swivel for the ideal angle. The shutter is electronically controlled and gives a range of 1/4,000 to 30 seconds in still images. The camera comes with Bluetooth v4.1 and a 3.5mm headphone jack for connectivity. In terms of dimensions, it measures 115.2x64.2x44.8mm and weighs 343 grams.

The recently-concluded first season of Loki is our focus this week on Orbital, the Gadgets 360 podcast. Orbital is available on Apple Podcasts, Google Podcasts, Spotify, Amazon Music and wherever you get your podcasts.
Affiliate links may be automatically generated - see our ethics statement for details.