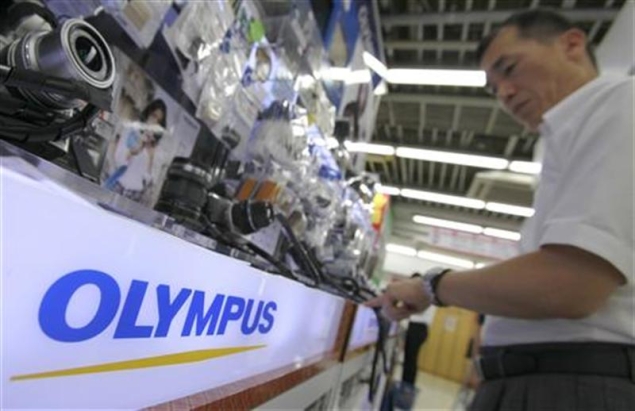 Sony Corp will likely approve a plan this week to invest 50 billion yen in cash strapped Olympus Corp, becoming its biggest shareholder with around a 10 percent stake, three sources familiar with the deal told Reuters.

Sony will set up a joint business with Olympus to develop new medical equipment, and next year will send an executive to join its board of directors, the sources said on condition they were not identified.

Sony wants to nurture new businesses, including medical equipment, to increase revenue as it draws back from loss-making televisions.

Meanwhile Olympus, seeking to retain a high degree of independence, may favour a capital injection from Sony rather than offers of closer business ties from rivals such as medical device maker Terumo Corp and camera maker Fujifilm Holdings Corp.

Rocked by an accounting scandal over falsified financial statements and hidden investment losses, camera and endoscope maker Olympus needs cash to fix its finances. In the year to March 31 it booked a net loss of 49 billion yen.

In June its ratio of shareholders' equity to total assets fell to 2.2 percent, from 4.6 percent in March. The figure is a barometer of a company's liquidity, with the 20 percent level regarded as indicative of financial stability.

An allotment of new shares to Sony in October should raise the ratio to 10 percent, the sources said.