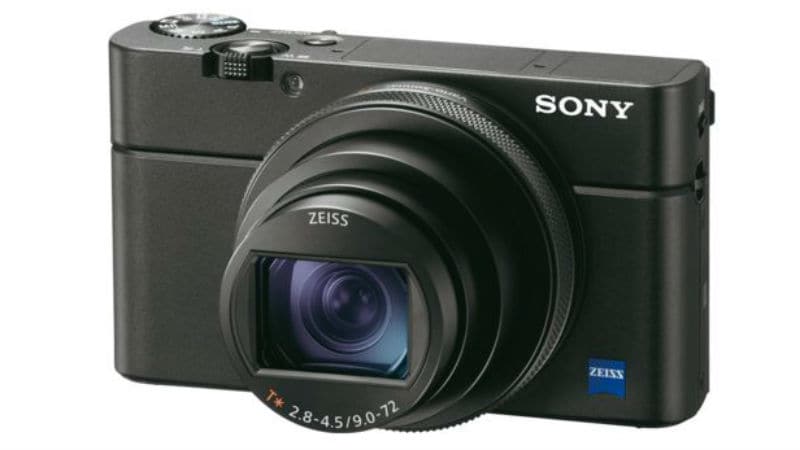 Sony has launched a new model in its popular Cyber-shot RX100 series - RX100 VI (model DSC-RX100M6). Sony's RX100 camera lineup is known for its compact form factor and high image quality. The new RX100 VI camera is being touted to be the first among RX100 models to come with a high magnification zoom lens. It packs in the Zeiss Vario-Sonnar T 24-200mm f2.8 - f4.5 lens. Sony claims that the extensive zoom makes the camera "an ideal choice for capturing daily life, cityscapes, portraiture, sports, wildlife, and everything in between." Notably, the new Sony Cyber-shot RX100 VI compact camera will start shipping next month for $1,200 (roughly Rs. 80,400).

The RX100 VI camera is equipped with a 20.1-megapixel 1.0-type stacked Exmor RS CMOS image sensor with DRAM chip and an upgraded Bionz X image processing system with a front-end LSI that claims to maximise the processing speed and optimise image quality. Also, the RX100 VI features the Fast Hybrid AF system with 315-point phase-detection AF points on the sensor that is claimed to acquire focus in just 0.03 seconds. It is claimed to be the world's fastest AF acquisition time for 1.0-type sensor cameras. Additionally, the camera shoots at up to 24fps at full resolution with continuous AF/ AE tracking and produces 4K video with full pixel readout and no pixel binning.

The RX100 VI also has the Anti-Distortion Shutter with a maximum shutter speed of up to 1/32000 second that is claimed to reduce the "rolling shutter" effect, and it can shoot silently in all modes.

Also, the camera has a retractable 2.35 million-dot OLED viewfinder and a rear screen that can flip all the way up or tilt 90-degrees. This time, Sony has made it a touchscreen, making controlling the camera a bit easier. Additionally, there is a Monitor Auto Off function that boosts the maximum number of still images by up to 30 percent, claims Sony. In terms of connectivity, the camera is also Wi-Fi, NFC, and Bluetooth compatible.

iOS 12 to Bring Live Listen Feature to AirPods, Let You Stream Audio Through Your iPhone