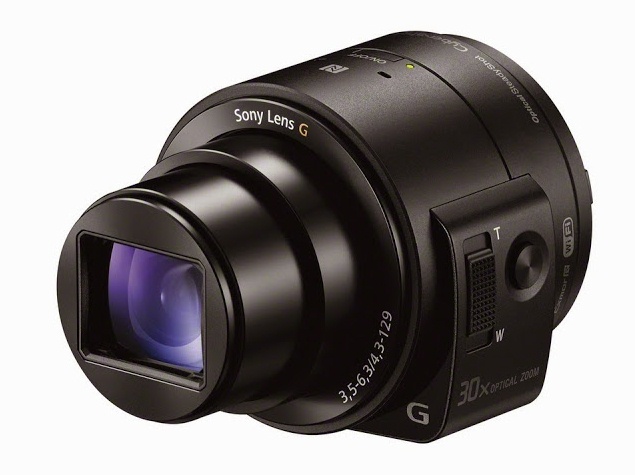 The DSC-QX30 lens-style camera by Sony offers 30x optical zoom lens and uses a 1/2.3-inch Exmor R CMOS sensor with a 24mm wide-angle lens. The QX30 also uses Sony's Clear Image Zoom which allows it to zoom up to 60x. The company has included Optical SteadyShot image stabilisation to minimize the camera shaking throughout the zoom. Sony has also added that the QX30 camera can also shoot full-HD video at 60p frame rate.

"Awesome zoom power is matched by lock-on AF and speedy continuous shooting at up to 10fps, letting photographers capture fast-moving action with an accurately focused burst of split-second images," said company on its blog.

Both the QX series cameras can be mounted or paired with smartphones just like the existing lens-style cameras. Sony says that both the QX cameras utilises the latest Sony's PlayMemories 5.0 mobile application (available for Android and iOS devices) to connect wirelessly to a smartphone. The app can also be activated using compatible NFC devices. Sony says the the app converts smartphones into a 'real-time viewfinder with the ability to frame shots, adjust zoom, release the camera shutter, start/stop video recordings and control other basic camera settings.'

Also once the pictures are taken from the QX1 and QX30 lens-style camera; they get automatically saved on both the phone and the camera.
Comments