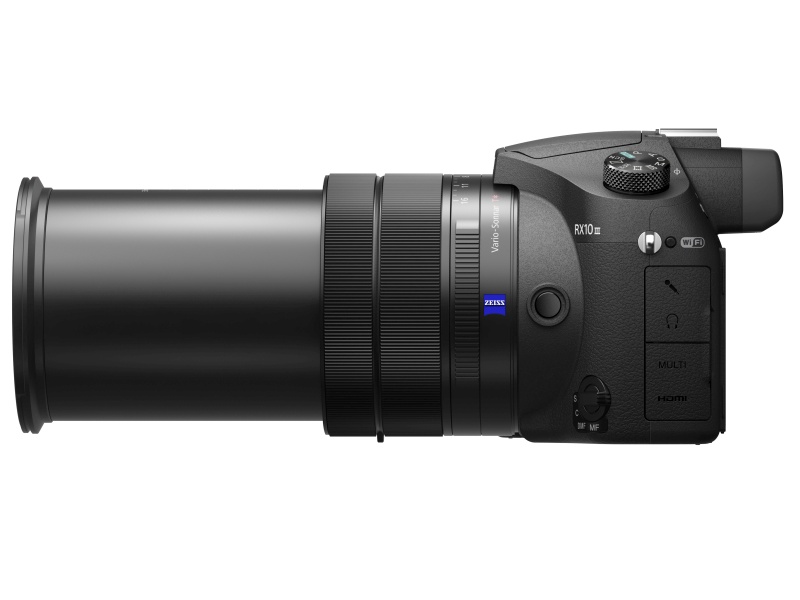 It appears Sony is on a camera launch spree as after the recent announcement of the HX80  travel compact camera earlier this month, the company has now launched the Cyber-shot RX10 III super-zoom camera, which brings extended zoom capability to the RX series. Sony will put this camera on sale this May for about $1,500 (approximately Rs. 1 lakh).

The ISO sensitivity range on the Sony Cyber-shot RX10 III is 64-12,800 while the burst mode tops out at 14fps. The latter is possible thanks to a speedy DRAM chip placed at the rear of the sensor which is able to process large amounts of data very quickly. Due to this, the RX10 III can shoot super slow-motion video footage at 240fps, 480fps, and an incredible 960fps.

The new camera also adds several improvements to the body compared to its predecessors. You now have triple lens rings for precise adjustment of the focus, zoom, and aperture. The hand-grip has also been modified for better stability and a dedicated button to lock the focus. You also get 4K video recording support, an Oled electronic viewfinder with a resolution of 2.35 million dots, dust and water resistance, as well as wireless connectivity in the form of Wi-Fi and NFC.
Comments